There comes a time in most young drivers' lives when they have to ask themselves an important question: Should I get my own car insurance policy or add myself to the one my parents already have? A new study suggests the latter option is the way to go.

A recent Quadrant Information Services study, commissioned by InsuranceQuotes.com, examined the economic impact of a young driver getting his or her own insurance policy versus being added to a parent's existing policy. The findings were quite significant.

According to the study, U.S. drivers between the ages of 18 and 24 pay, on average, eight percent more for their own individual insurance policies than they do when added to an adult's. But in some states -- and for certain types of drivers -- the increase can be more than 50 percent.

"The bottom line is that young drivers are more expensive to insure, and if they want their own individual policy, it's going to come at a cost," says Mike Barry, spokesman for the nonprofit Insurance Information Institute. "A young driver has a very limited driving record, not much credit history and data that show they are statistically riskier drivers."

How age and gender factor in 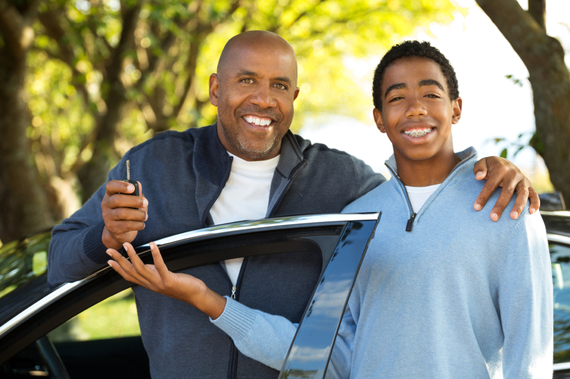 Nonetheless, that's still a cheaper option than a young driver seeking his or her own policy. According to Barry, that's true for two reasons. Adding a young driver to an existing policy spreads out the insurance risk, and insurers want to keep the parents' business.

"I think the key thing to consider here is that insurers really value the long-term relationship with the parents," says Barry. "Parents will typically have multiple policies with the same insurer, so our sense is that the insurers... will try to keep a lid on premiums when it comes to adding their kids."

To be sure, the cost of an individual policy varies depending on the driver's age. According to the study, 18-year-old drivers will pay, on average, 18 percent more for an individual policy than they would if added to their parents' policy. That number drops to 9 percent for all 19-year-old drivers and continues to decrease until bottoming out at four percent for 24-year-olds.

Intriguingly, gender doesn't appear to play a significant role in the study's findings. For instance, an 18-year-old woman and an 18-year-old man will both pay 18 percent more for their own policies. This is probably the result of two factors -- paperwork and risk, says Eli Lehrer, president of the nonprofit R Street Institute.

"A separate policy should, one assumes, (cost) a little bit more just because it requires additional paperwork, mailings and the like," Lehrer says. "That said, the underwriting risk is more or less the same."

Differences from state to state 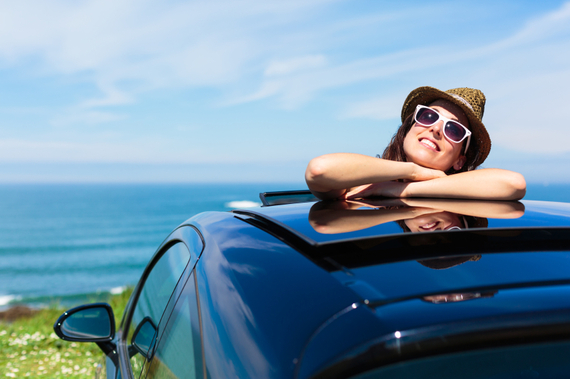 According to the study, the following five states, on average, have the greatest difference for young drivers buying their own policy compared to being added to a parent's existing policy:

Meanwhile, the following five states, on average, have the smallest difference for young drivers buying their own policy compared to being added to a parent's existing policy:

The picture becomes even more complex when breaking down the results by age. For instance, an 18-year-old driver in Rhode Island will pay an average of 53 percent more for an individual policy than he or she would if added to an existing policy. In Connecticut and Oregon, the difference is 47 percent.

Meanwhile, an 18-year-old driver in states such as Illinois, Alaska and Florida pays just seven percent more for an individual policy compared to being added to an existing one. And in Arizona, Hawaii and Illinois, it actually becomes cheaper, on average, for a young driver to get his or her own policy after turning 19.

Also see: Americans don't know how to shop for auto insurance and it's costing them money

To understand why, it's important to first know that each state regulates insurance differently, which accounts for some of the variations, according to Jim Whittle, assistant general counsel and chief claims counsel at the American Insurance Association.

For instance, Hawaii is the only state that doesn't allow insurance providers to consider age, gender or length of driving experience when determining premiums. This means teens really don't pay much more than adults for auto insurance -- regardless of whether it's their own individual policy or their parent's.

Lehrer says, "Young drivers are probably better off being added to their parents' policy, regardless of where they live."

Voting Made Easy
Register to vote and apply for an absentee ballot today
Register now
More:
personal financeMoneyCar Insuranceteen drivingInsurance
Newsletter Sign Up
Everything you should have learned in school but didn’t
Subscribe to HuffPost’s money and living email.
Successfully Subscribed!
Realness delivered to your inbox