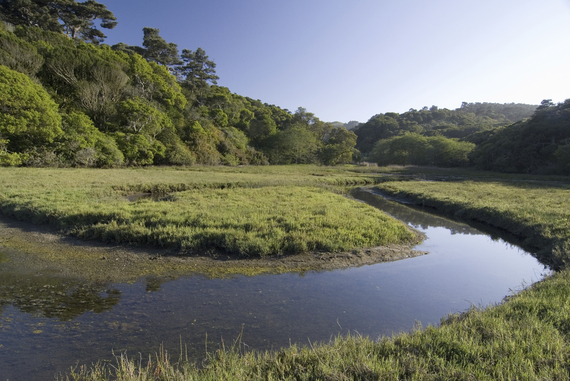 ImpactAlpha.com -- Private equity fund managers are sitting on more than $1.5 billion in private capital that already has been raised for investments in sustainable agriculture and forestry, water quality, wildlife habitat and other conservation projects. They expect to raise more than $4 billion more in the next five years.

In conservation finance, at least for the moment, the shortage is not in the availability of capital, but in the pipeline of investment vehicles that meet investors' criteria for risk-adjusted returns and experienced management teams, according to a detailed new survey of conservation impact investors.

The report, Investing in Conservation, had good news for a new crop of "investor-entrepreneurs" who are packaging premium food and fiber products with carbon, water and habitat credits and other revenue streams to create serious investment opportunities that drive positive impacts on natural resources and ecosystems.

"There's ready capital for good deals," said Ricardo Bayon of EKO Asset Management, who co-authored the report with The Nature Conservancy's NatureVest initiative, with help from JP Morgan Chase & Co. "This isn't about money. This is about getting creative and innovative in creating these deals."

The pipeline is growing. The report identified more than 1,300 specific conservation finance transactions between 2004 and 2013. A survey of about 60 conservation investors found that private investment in conservation is growing 26 percent per year and is expected to triple over the next five years. For example, two new private fund managers already have raised nearly $600 million to make sustainable food and fiber and habitat conservation investments in emerging markets, the report said.

The report is one of the first to eschew estimates in favor of cataloguing actual transactions as a way to size of the conservation finance market. The authors acknowledge that they undoubtedly missed many deals, especially in emerging markets, so the actual market size is likely larger.

The report is intended to make conservation finance a more prominent part of impact investing. "The environmental side of impact investing remains under-represented and understudied," said Susan Phinney Silver, who heads program-related investments at the David and Lucile Packard Foundation and supported the study along with the Gordon and Betty Moore Foundation.

Environmental investments weren't included in earlier JP Morgan reports that laid groundwork for the emerging impact investing marketplace. "Finding a way to structure private capital into conservation deals is essential if we want to attract the scale of investment needed to effectively protect vibrant ecosystems," Matt Arnold, JP Morgan's head of sustainable finance, said in a statement. He said the bank is proud "to put a flag in the sand that shows our commitment to this critical emerging area for investment."

The report called for more widespread use of "capital stacking," in which private capital is combined with more risk-tolerant or concessionary capital from government or philanthropic sources. It also pointed to the potential for "green bonds," so far mostly used for energy efficiency and other infrastructure projects, to be deployed for conservation.

The immaturity of the market itself may be an opportunity for pioneering investors who want to get ahead of long-term trends such as climate change and resource scarcity.

"These early investor-entrepreneurs are not going to be able to sit on the sidelines and hope that a great deal arrives on their doorstep," said Eric Hallstein, who directs conservation investments for The Nature Conservancy of California. "Those investors are going to have to engage and build this market."