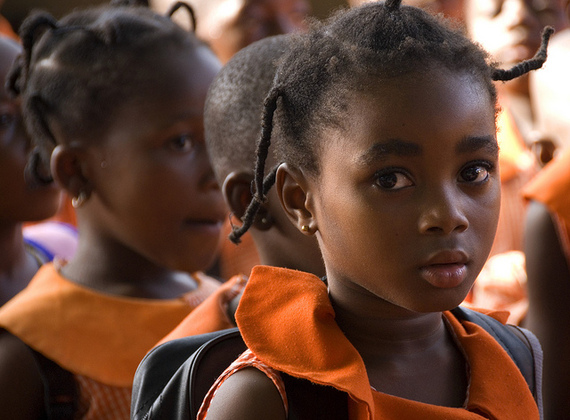 "Show me the money!"

Many of us still remember Cuba Gooding Jr.'s contagious fervor as he shouted out the line in the 1996 movie Jerry Maguire. Yes, it was only a movie, but truth be told, we can all draw from "show me the money," a line that also cuts to the heart of why budget transparency is important.

In "developed" as well as "developing" nations we find that public services such as sanitation, health and education may be compromised and at times not even reach the intended citizens, especially the poor. Much can happen from the time that the governmental budget is decided until actual service delivery. By understanding the service delivery chain we can identify important intervention points where citizens can exercise oversight and ensure quality services. Two such points are budget preparation and execution.

Uganda has an interesting example where, in the mid-1990s, a public expenditure survey that tracked primary school expenditure revealed that, on average, only 13 percent of the money spent by the government on education reached the schools. As the numbers came to light, it created a significant public outcry that led the government to introduce a public information campaign as well as reforms. As a result, the leakages declined significantly. By 2001 around 80 percent of the education budget reached the schools.

How to improve public accountability and make governments work for people is a tough question that the development community has been grappling with for decades. One important piece of the puzzle can be summed up thus: Open budgets = transparent budget processes + open data + citizen engagement.

Governments around the world have begun opening up access to budget data, either of their own accord or following citizen pressure to "show me the money." Armed with these facts (Bono calls it "factivism"), citizens and civil society organizations can mobilize and advocate for fair budget allocations and high-quality services, including for the poor. But before any of this can happen, the public must be made aware of where information can be accessed and how to use it. (See "Open Data Has Little Value If People Can't Use It.")

To aid these efforts the World Bank launched the Open Budgeting Program, which also builds the capacity of media, civil society organizations, parliaments and citizens to participate and collaborate around budget processes.

How a Kenyan Journalist Used Data to Create Change

Kenyan journalist Irene Choge is a perfect example of "factivism." She participated in a Data Literacy Bootcamp on how to access and effectively use open data. Choge was trying to figure out why primary school students' grades were at a record low in two counties, and following the course she used data from Kenya's Open Data Platform to analyze student grades, disease levels and county-level expenditures on education infrastructure. She discovered that funding allocated for toilet facilities had disappeared, resulting in high levels of open defecation in play/lunch areas; the children were at increased risk of contracting serious diseases, which in turn accounted for their low attendance and poor exam performance.

Choge produced a series of investigative stories on these issues, which resulted in government action. The government allocated additional resources to correct the toilet deficiency while initiating an investigation on why and how the originally allocated funds had not reached the schools. A mobile phone application is being built by a partner in the Bootcamp, Code for Kenya, and will enable parents to access and compare sanitary conditions.

This is an example of how open budgeting can be used to improve development outcomes, and the role that citizens, media and civil society can play in making sure that governments work. As citizens gain access to information and are able to follow the money trail, they will become more empowered. And it is when citizens are able to "speak truth to power" and demand that the governments show them the money that improved services and greater accountability can be achieved.

This blog post was previously published on the World Bank blog, Voices.