On Thursday, Nov. 10, 2015, I'm moderating a panel at Yahoo's first annual "Digital Democracy" conference at Drake University. I am really excited about it. Why? Well, the topic and the panelists are focused on a topic near and dear to my heart: how technology shapes us in deep, profound ways, often without us fully comprehending it.

I thought I'd post some of the background materials here so people in the audience or watching online can explore the subject in depth on their own time. Down below, I've put a list of key books. And I may also add my questions as I firm them up ahead of the panel (and please don't hesitate to chime in with anything you'd like asked in the comments).

The three amazing folks on this panel are Nicholas Carr, Nicco Mele and Brad Jenkins.

Nick's piece in Politico Magazine is the reason for this panel. He made a strong case that social media is having a very negative impact on politics. When the piece came out, I agreed.

I actually think this might be the most important piece of the 2016 cycle so far http://t.co/MQ7qZedNMe

@hshaban @jonward11 @maggieNYT and primary politics has always been insane and toxic, and he seems to conflate twitter, fb, and snapchat?

Now, about those background materials. Here's part of why I'm excited. One of the few books I recommend to almost anyone I meet is a book that came out in 1985, called "Amusing Ourselves to Death" by Neil Postman. It has been a guide map for me in understanding how TV, since its inception, has made all our communication more grounded in images and entertainment than in words and information. Postman unpacks the implications of that, and most of them are not good. The book's biggest weakness may be that it is short on solutions, but Postman does help his reader do the first, most important thing: it makes us aware of things we probably weren't before.

I think Nick Carr's book "The Shallows" does something similar. Using some incredible examples from discoveries in brain science, Carr helps us understand the ways that constant engagement with electronic media -- the Internet, mobile phones, social media, etc -- is physically changing our brains and reducing our ability to think and reason deeply, feel empathy and compassion for others, and reach our creative potential. "The Glass Cage" is Nick's more recent book, which I'm still trying to read before this panel kicks off!

Nicco's book, "The End of Big," is more about how "radical connectivity" is tearing down institutions at a pace that is, in his own words, "dangerous." Nicco is no Luddite. He was an early, early Internet adopter who in 2004 ran Howard Dean's web and digital operation in his meteoric presidential campaign.

Doug Rushkoff's book "Present Shock" plays on some of these same themes. It is about what it sounds like: how many if not most of us have been overwhelmed the last several years by the pace of technological change and more importantly by the amount of information and technology coming at us every day. I haven't read the entire book, but in a recent phone conversation with Nick and Nicco, they focused on Rushkoff's argument that the days of "narrative" are over. I don't know if we'll get to this or not on our panel, but it's a pretty interesting argument, and I'm not sure I totally get it yet or agree with it to the extent I do. But as a writer who believes in the power of stories, if narrative is dead then I'm in trouble.

Here are the books:

Here's my interest in all this. The human race is worse off without readers, and in particular readers of books. Not everyone was made to be a literary critic. I get it. But I do think if we have a pervasive culture of deep reading, we have a culture of deep thinking. I truly believe many of the problems facing our politics, our conversations around race and economics and sports and the arts and everything else, would be more productive and fruitful if we as a culture were not as caught up with reacting to the speed and immediacy of what's on our phones and computers and were intentionally slowing down to do and say less, think it through, and do it with more thought and care.

Until very recently, for about 17 years, I carried a piece of paper around in my wallet that was a photocopy of a newspaper article that ran in the Washington Post on Aug. 6, 1998. It was from a Ken Ringle profile of David Remnick just after Remnick had been named editor of The New Yorker.

In the June 22 New Yorker, in a paean to the late critic Alfred Kazin, Remnick wrote that the real question for the future is not the need for writers, but for "passionate readers who ignore the phone and the TV for a few hours to engage a book whose 'difficulty' is that it fails to soothe the ego or flatter a limited intelligence; the reader who honestly believes that the best and deepest of what we are is on the shelf, and that to read across the shelf changes the self, changes you."

I believed this passionately then, in the infant days of the Internet. (Notice Remnick did not even mention the Web or social media). I believe it even more passionately now.

I don't know where that quote went. I think I got it wet over the summer jumping into a lake or the ocean. I'll have to print it out again and stick it back in. I will say this: I sure was grateful I could find the piece on the Internet. 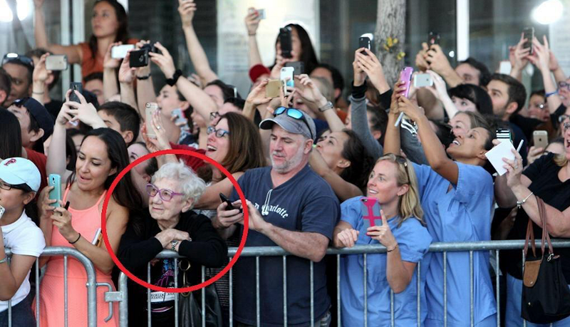