The best way to envision the lead characters in Showtime's intense new drama Billions is to picture a weather map where four hurricanes are simultaneously converging.

Billions, which debuts Sunday at 10 p.m., unfolds on turf we've visited before: the world of high high finance, where we understand nothing except that a few people are getting really really rich while we're probably getting screwed. 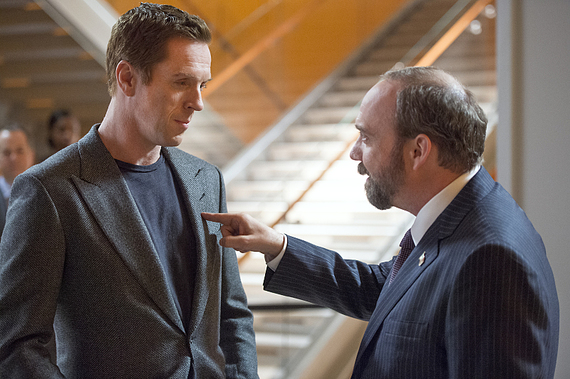 At the center of the story, U.S. Attorney Chuck Rhoades (Paul Giamatti) is burning to nail cocky hedge fund billionaire Bobby Axelrod (Damian Lewis, above) for chicanery of which everyone knows he's guilty. We've seen this before, too. We know the odds against convicting the super-rich of anything.

What sets Billions apart, and very often above, is the power and intensity Giamatti and Lewis bring to these characters. They rarely swagger like Tony Soprano. They're just chillingly skilled at owning the room when they need to.

In one early scene, Axelrod decides he wants a building renamed for himself. We watch him get that done by meeting with the previous honorees and quietly grinding them into pulp. The evisceration is surgical, almost lyrical and slightly mystifying until he takes a final sharp turn that rearranges our previous notion of who we're rooting for.

This correctly suggests that Lewis, like Giamatti, plays his characters superbly. It does not suggest, however, that this is a guy show, because the women in their lives are a 100% match.

Maggie Siff plays Chuck's wife Wendy, who yields not an inch to him in ambition, brains or ferocity. 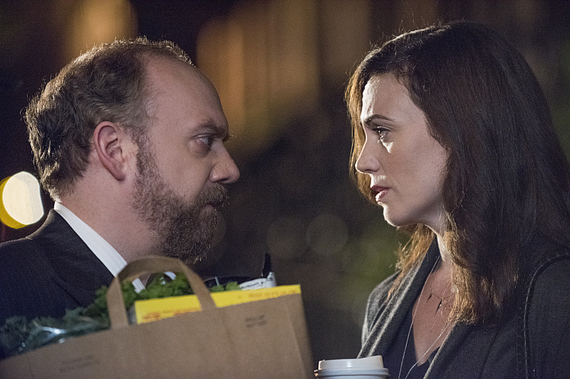 She works as the in-house performance coach at Axe Capital, which is the flagship enterprise of Bobby Axelrod, with whom she has built a close professional relationship over the years.

This coincidental inside connection isn't the strongest link in the show's plotline, to be honest, but it does ensure an endless supply of twists, intrigue and tension.

At one point in the first episode, when Chuck discreetly suggests there could be conflicts of interest ahead for Wendy and perhaps she might want to consider looking for another position, she snaps back, "Why don't you quit YOUR f---ing job?"

The fact they hold this exchange in front of the kids signals neatly underscores the fact that few of the characters here have a lot of filters.

Bobby Axelrod's wife Lara (Malin Akerman) could easily serve a limited role here. She doesn't officially have a high professional position. She met Bobby back when they were both from a lower economic stratum and she's risen with him. 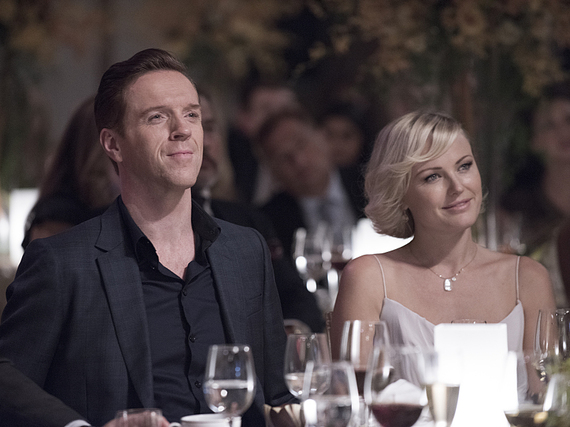 But Lara's no tag-along wife who's happy just to stay home with the kids and shop in stores where no one ever talks about price.

She sees herself as his business partner and acts accordingly. When one of Bobby's employees seems to be stepping off the reservation, Lara sits down with her and sweetly tells her to be careful.

"Are you threatening me?" asks the incredulous woman.

Billions is seasoned with other backstories and subplots, some fairly graphic. One of the more intriguing is that Bobby worked for another hedge fund back on 9/11, emerging as the only survivor of a team that included Lara's brother. 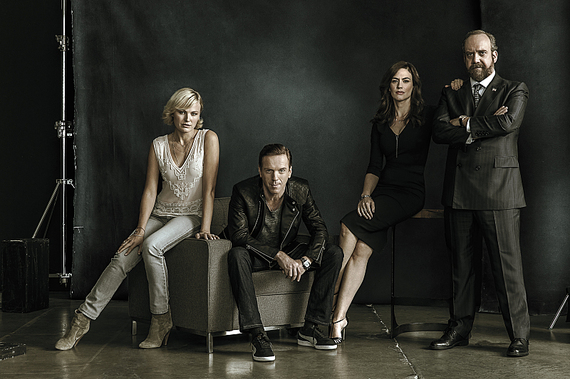 Billions has a large and strong supporting cast. But it's Giamatti, Lewis, Siff and Akerman who dominate the show - and they instantly form one of the strongest Core Fours on television.