"The Story of Shrek" is one that begins with cruelty and ugliness, but ends with love and beauty.

When Brenda Gough's husband first spotted the dog on the family farm in Ontario, Canada, he thought it was an old carpet or dead coyote, the UK's Metro News reports. When the couple went to investigate, they found the dog so completely petrified and matted that he couldn't even walk. Gough immediately brought him to the Park Road Veterinary Clinic where she works. 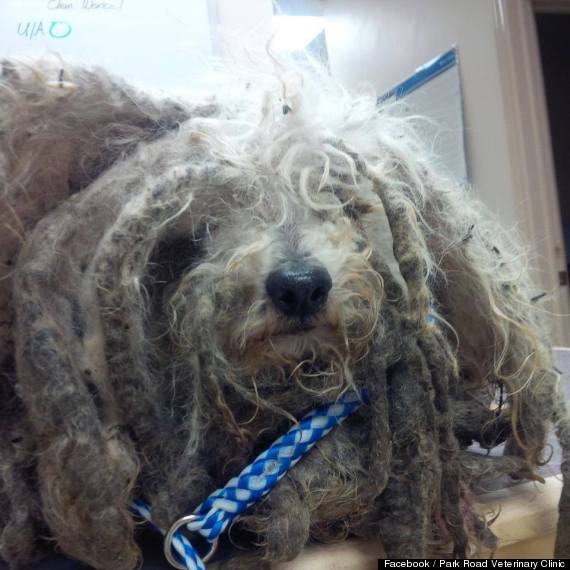 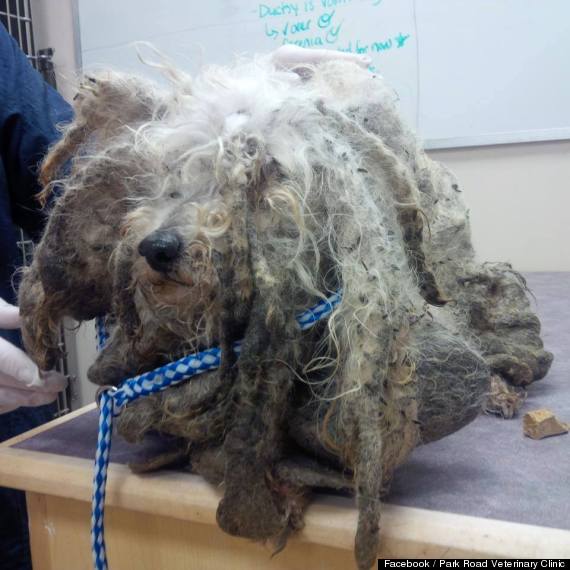 Doctors reportedly began calling the pup "Shrek" -- after DreamWorks' famous character -- because of his appearance.

"The name Shrek was simply chosen out of endearment," the clinic wrote on Facebook. "The irony of him being found near a pond... how he will go from shy and afraid to loved and comforted with a family."

Veterinarians then spent hours shaving off his fur and getting him on the road to recovery. 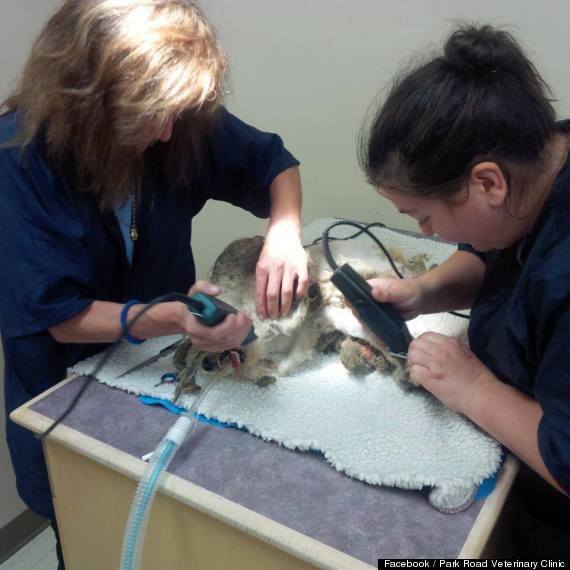 They removed 3.5 pounds of matted hair, according to the clinic's Facebook page. They sedated him first to make the process less painful. 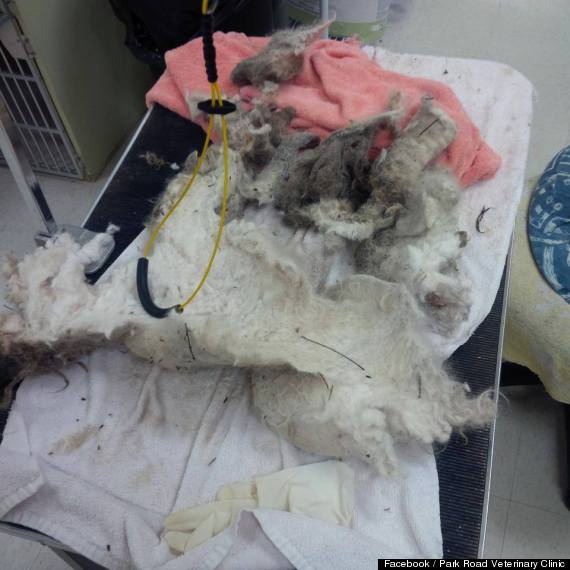 "After he woke up from the anesthetic, we could see we have a wonderful little dog here," the clinic wrote on Facebook. "He's terrified of his own shadow, but not mean or aggressive in any way." 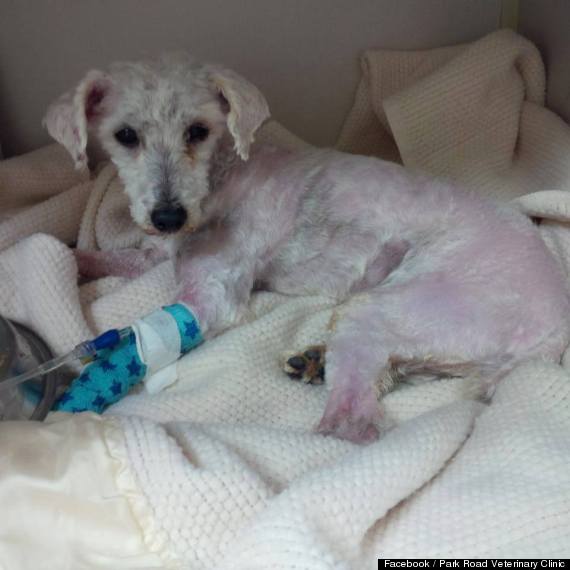 "He is still terrified and nervous," Gough told Metro, "but looking for human contact, and learning all about love."

Just three days after he was found, Shrek began interacting with other dogs and allowing humans to hold him. 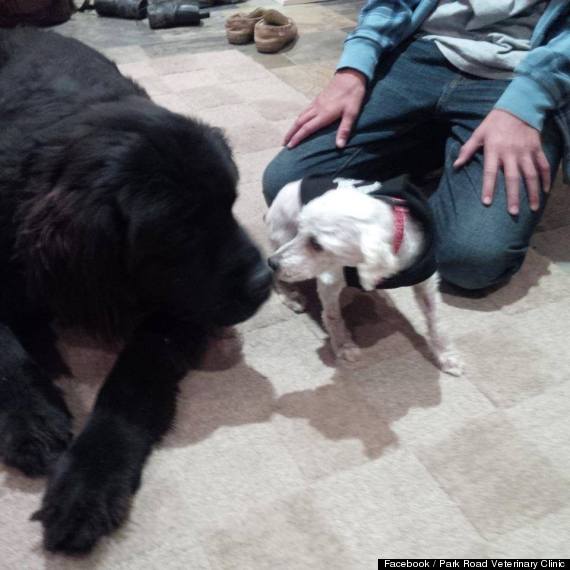 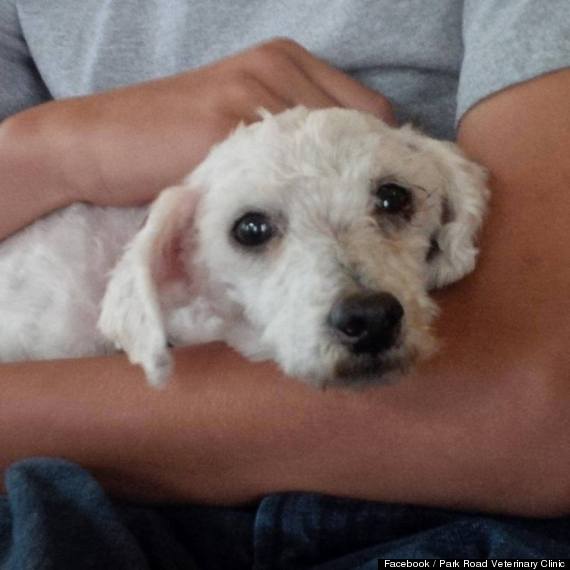 Shrek has received an overwhelming amount of support on Facebook. Nearly 200 people shared his inspiring story, and he continues to receive good wishes.

"He’s a special little guy with a huge fan club," Gough told Metro. "The outpouring of support from around the world has raised my faith in humanity." 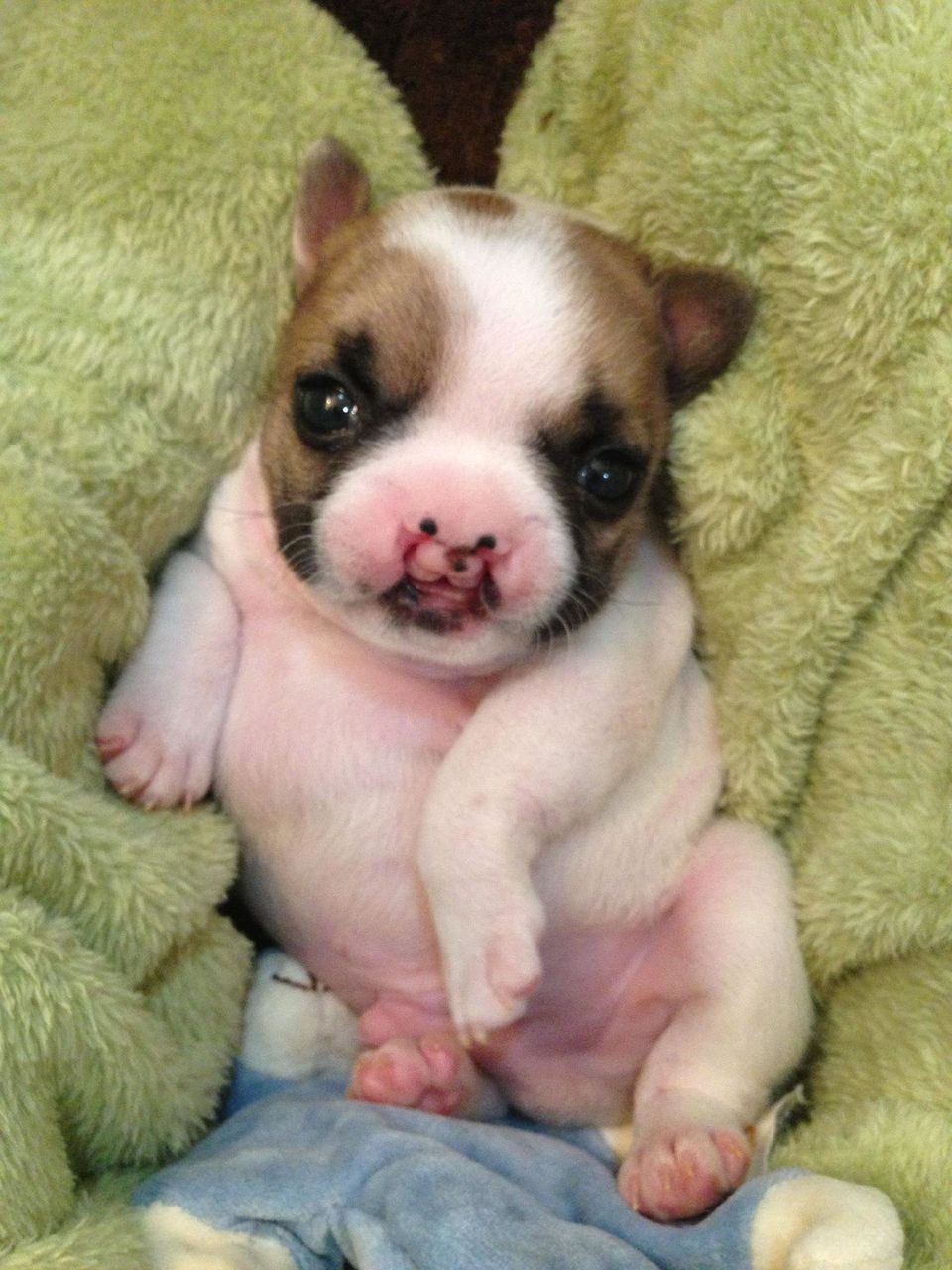 1 / 8
Introducing Lenny, The Lentil
Lenny is a rescued French bulldog puppy. He was named Lentil because he looks like a little bean!
http://www.facebook.com/MyNameIsLentil