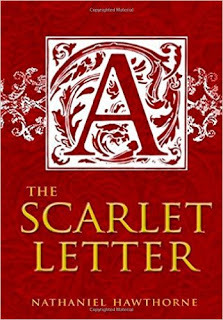 Heard in a Manhattan elevator, one dental technician talking about a difficult patient, "you know when you put a cross that someone doesn't exist?" This may be easier said than done. There are all kinds of societies in which shunning is the punishment of choice for those who have broken social codes. Today with the ubiquitous beheadings by ISIS in Syria and elsewhere ostracizing seems a relatively mild form of vengeance--even when we consider what happened to Hester Prynne in The Scarlett Letter. But if Dante was to create circles just related to vengeance then things like banishment and ostracizing might occupy the first circle of this hell. To take someone's life, particularly in a painful manner such as beheading or live burial or stoning would obviously fall into the 9th circle category. But what about eradicating an individual's existence without necessarily terminating their life. This would probably fall under the category of what the psychoanalyst Leonard Shengold terms Soul Murder. There's something particularly invidious about this method of torture. It's not waterboarding or sleep deprivation, but it attacks the deepest level of humanity, to the extent that it denies one's being and identity. The victim of such reprisal suddenly finds him or herself forcibly estranged from some person or persons he once knew. He or she no longer sees him or herself reflected in their eyes and a little bit of him dies. Maybe you don't care if the person cleaning your teeth refuses to acknowledge your existence, but these things can become viral and you soon may find yourself faced with such a degree of assumed indifference to your presence that you begin to wonder if you really do exist.