Co-authored by Marion Forsyth Werkheiser, managing attorney of Cultural Heritage Partners, PLLC, a law and policy firm based in Washington, D.C. that serves clients in the cultural heritage field domestically and internationally.

Co-authored by Ryan Rowberry, Assistant Professor at the Georgia State University College of Law and co-author of Historic Preservation Law in a Nutshell. 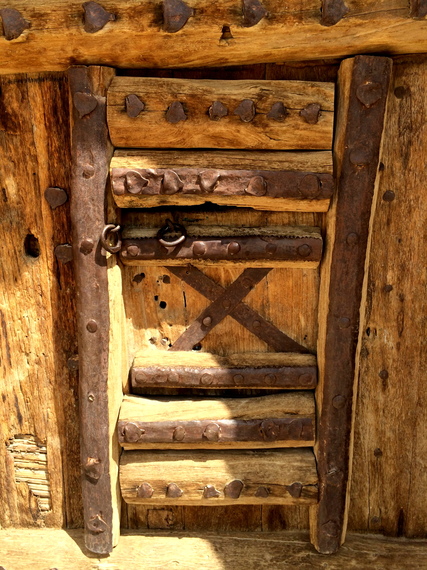 United States citizens who buy looted Middle Eastern antiquities might provide cash to ISIS, which in turn uses the cash to terrorize people and destroy ancient heritage sites too large to move to market. Middle East and North Africa (MENA) countries could deal a deathblow to ISIS's artifacts-for-arms trade within a year if they aggressively pursue two strategies.

First, MENA countries must form a regional coalition to block all imports and exports of antiquities from one another for the foreseeable future. Second, those nations must approach the U.S. Department of State with a single, unified demand to prohibit importing antiquities from their countries for several years.

Before explaining how these two strategies could succeed, let us understand the scope of the problem. While ISIS destroys for propaganda purposes, monumental sites like the Temple of Bel at Palmyra, it encourages and intimidates locals to loot archaeological sites for objects to sell internationally. ISIS even accepts religious tax payments, "khums," in the form of looted antiquities.

The declared value of imports of Egyptian antiquities jumped more than 100 percent after the 2011 Revolution. Imports from Lebanon increased almost 4,500 percent. Imports of collector's coins from Libya increased more than 2,600 percent. These numbers do not account for the dark figure of undeclared antiquities smuggled into the U.S. ISIS is bulldozing, blowing up, or sledgehammering historical resources too big to move, most recently while human beings are strapped to them. Much of the rest they send to eager purchasers in the U.S., China, and Switzerland, who exploit the weakness of cultures suffering political instability.

Do you think the bad guys here are petty crooks operating on the margins of civil society? The family worth $4.8 billion that owns the crafting store chain Hobby Lobby gained fame last year when they won a Supreme Court case that exempted them from having to provide insurance that covers the costs of their employees' contraception, claiming doing so violated their Christian beliefs. Last week news broke that they are under FBI investigation for illegally purchasing antiquities from Iraq, including ancient stone tablets that they intended to display in their planned Museum of the Bible.

If MENA countries want to battle effectively the sale of their history to the highest bidder, they are going about it wrong and largely going about it alone. This is a regional crisis requiring regional solutions. By "solution" we don't mean just increased dialogue; a well-intentioned cottage industry of emergency conferences of ministers of antiquities and preservation supporters has sprung up in recent months. ISIS's calculated use of cultural destruction as a tool of terror -- punctuated by the brutal killing of archaeologist Khaled al-Assad for his refusal to lead ISIS to hidden Palmyra antiquities -- has understandably shocked the world and drives these urgent dialogues. From these discussions have emerged a dozen worthwhile ideas for thwarting the illicit trade in the medium and long term. In our opinion, only two strategies can overcome this crisis, at scale, in the near-term.

The first doors that must be shut at the artifacts-for-arms market are those between MENA countries. For the next five years, MENA countries must mutually agree to a full moratorium blocking all imports and exports without permits of antiquities between countries in the region. Bahrain, Egypt, Iraq, Jordan, Kuwait, Lebanon, Libya, Oman, Qatar, Saudi Arabia, Syria and Turkey are all parties to the 1970 UNESCO Convention on the Means of Prohibiting and Preventing the Illicit Import, Export and Transfer of Ownership of Cultural Property. The Convention provides a cooperative framework to secure heritage sites, to inventory the region's cultural heritage, and to establish rules for the antiquities trade. Signatory countries can leverage the authority of the Convention to craft regional cooperative agreements. Marion F. Werkheiser, coauthor of this article, has drafted a model agreement to show the way.

The second door to shut is the one through U.S. Customs. MENA countries should unite to appeal with one voice to the U.S. State Department for trade restrictions, ordering U.S. Customs to block all Middle Eastern antiquities at the border until importers prove that the objects were acquired legally. A regional treaty with the U.S. will also disrupt smugglers because import restrictions will apply to the entire region, meaning smugglers may no longer simply claim that an antiquity originates from Turkey, rather than Syria, to import it legally.

To be clear, a regional treaty request will not make the U.S. government happy. Currently the U.S. requires each country that wishes to safeguard its antiquities from the U.S. market to approach it one at a time and request a bilateral treaty. This policy allows the U.S. to exert political concessions from afflicted countries. It also allows the powerful lobby of art dealers and collectors, who prefer lax import restrictions, to exert their influence. Consider Egypt, which is faced with a looting crisis that has seen an estimated $3 billion in antiquities plundered since 2011. Egypt requested such a treaty from the State Department's Cultural Property Advisory Committee nearly two years ago but still awaits an answer while looting continues unabated.

The primary critique we expect of the two strategies we propose here is that they depend on regional collaboration in a region of the world not known for collective action. If there were ever an issue on which MENA countries could occupy the same page, however, it is preservation of their cultural heritage. The Arab League is a natural broker, as its members committed to collaborate to preserve regional cultural heritage in its 1946 Treaty on Culture. The Arab League should initiate negotiations with the U.S. and other market countries to stem the trade in illicit antiquities while also redoubling its preservation training and capacity building efforts in its member states.

When the footprints of ancient cultures span multiple modern country borders, regional sentiments must be transformed into regional strength.