If you're the quiet type, you're all too familiar with the irritants of speaking up in a classroom or the pressure of standing out in a group. Maybe you've been considered meek, or worse, stuck-up, but you know the real truth: You're just a little shy -- and why shouldn't that be OK?

Shy people know that the habits they form aren't just because they're aloof -- it's because they approach life with a different thinking pattern than their more outspoken counterparts. And their signature personality trait isn't all bad: From leadership savvy to conscientiousness, shyness does have its benefits.

But even though being shy has its advantages, the label still seems to carry a negative connotation in our society -- and because of it, there are little annoyances and nuances that reserved individuals have to deal with on a regular basis. Below, find nine things shy people know to be true.

Feeling uneasy in a room full of strangers. 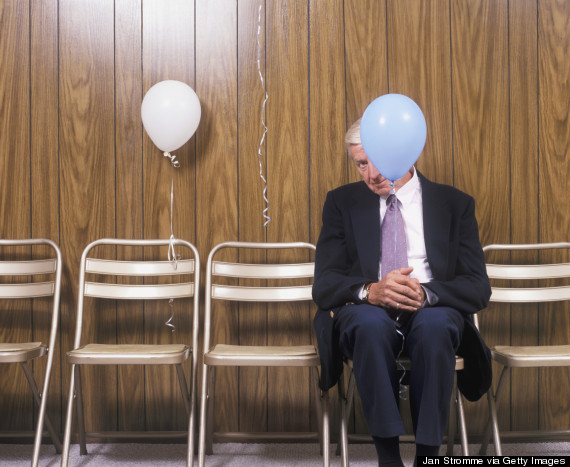 Let's face it: When you're shy, an overwhelming crowd of people you need to be social with is probably the last kind of setting you want to be in. But according to Lynne Henderson, director of The Shyness Institute in Berkeley, Calif., this type of scene can be a huge opportunity for reserved individuals to face their social aversion head on.

To overcome this hesitation, Henderson suggests relating to someone else and concentrating on what you want out of the situation. "Think about athletes who are nervous -- they just focus on what they want to do," she says. "Ask yourself, 'What do I really want out of this interaction?' and try to make an effort to meet just one new person. Have specific goals in mind if you know you're going to feel shy in a situation. Oftentimes, shy people just forget their strengths [in overwhelming settings]."

Being a great listener is second nature.
When you're quiet, you're observant. This habit often makes shy people great listeners, and as a result, more considerate friends, co-workers and partners. "Just because you’re shy doesn’t mean you're not attuned to social situations," C. Barr Taylor, a professor of psychology at Stanford University, previously told HuffPost Healthy Living. "It can actually become a source of strength as you are the observer in the room."

Always thinking before speaking.
It's not that shy people are always silent, they're just taking time to acknowledge their thoughts, Henderson says. Shy people recognize what they're thinking (even if it's self-destructive) right away and they stop to reflect on it. This habit can be good or bad, but by practicing mindfulness, Henderson says it's easy to turn these thoughts into something constructive. "It used to be commonly thought that only people who had negative thoughts about themselves are people with clinical conditions, but with so much research now on mindfulness, we know we're all having automatic thoughts," she says.

These immediate thoughts, Henderson explains, are why shy people think before they speak, which can sometimes come across in a negative way. "People who feel shy can find it annoying that other people don't acknowledge these automatic thoughts we all have about ourselves and our surroundings," she explains.

How annoying it is to be called introverted. 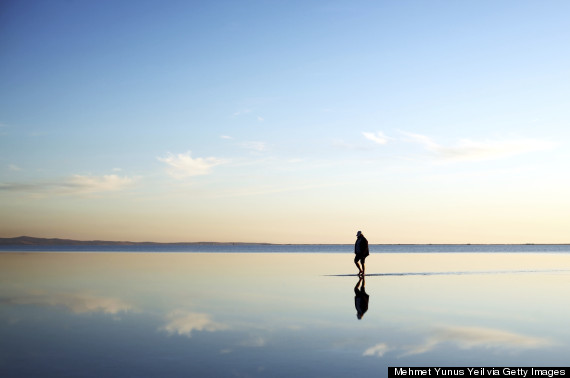 While the two traits are often used synonymously, shy people aren't always introverts -- and those who don't fall into both camps understand the frustration that comes with being classified as such. Henderson points out that there are shy extroverts, or those who perform well socially but may experience self-conscious thoughts and feelings internally. As shyness expert Philip Zimbardo points out in a Psychology Today post, many Hollywood icons can be shy extroverts -- and their tendency to be self-reflective or self-critical doesn't always show in a public setting.

Henderson suggests focusing on being compassionate with yourself if you feel your confidence slipping. "[We've] all got things we struggle with, and remembering that we all have that in common, you can start to show yourself a little more humanity," she says. She also recommends trying practices like loving-kindness meditation: "Nobody's perfect; anything [kind] you can say toward yourself or toward others will remind that you we're all in this together."

Cringing at the words "speak up."
You've lived through this scene what feels like a thousand times: You're giving a presentation in class when some commenter from the back of the room pipes up, "Can you talk a little louder?" It's a shy person's worst nightmare -- no matter how many times it happens. "Extroversion and self-presentation is overvalued in our culture," Henderson explains. "If you're not talking all the time, asking, 'Why don't you speak up or talk more?' can be irritating to shy individuals because they think before they talk."

Despite this embarrassing exchange, Henderson explains that there's merit in a quiet person's soft-spoken nature. She says that the urge to be silent at first can actually be useful, whether you're trying to command a room or just talking to a few people. "Social ambiance and silence can be a real strength, particularly when you need to be in a leadership role," Henderson said. "It allows you to pick up a sense of the room's mood and learn to use it."

"Be more outgoing" isn't something you can easily pick up (and you don't really want to). 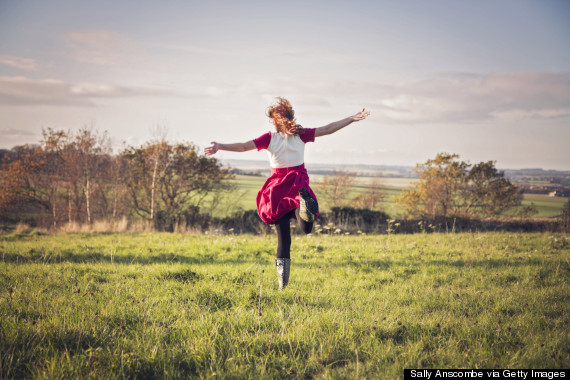 Telling a shy person to "just do it," or "be more outgoing" isn't going to help -- in fact, it may do just the opposite. "Not everybody is an extrovert and to expect everyone to be [outgoing] can also be irritating to people who are shy," Henderson warned.

Shy people who are also introverts may not even want to be outgoing or overly active in a highly social setting. As HuffPost blogger Kate Bartolotta explains in her 2013 blog post, sometimes those reserved individuals just need a little time to themselves:

I spent years feeling guilty if I wanted to spend time alone instead of doing things with friends. I learned to make the best of it, and often pushed myself to be social -- even when it felt exhausting. Many people do this, as extroversion tends to be prized in our society, while introversion is seen as a "second-class personality trait, somewhere between a disappointment and a pathology." It is none of those things. For those of us who are wired that way, it can be our greatest asset.

As I mentioned, being introverted isn't the same thing as being shy (though there's nothing wrong with being shy either). Many shy people are also introverted, but one doesn't really have much to do with the other. The best explanation I was ever given (and maybe one of the biggest "aha!" moments of my adult life) was that while extroverts are energized by connecting and spending time with others, introverts need inward-focused alone time to recharge.

Knowing you'd be a great leader -- but having to work harder to prove it.
Quiet individuals often have to make twice the effort in order to stand out, particularly in the workplace. But, as Henderson points out, shy people have the tendency to make the most exceptional leaders. "They really empower their people," she explains. In fact, some of the world's most powerful people were also considered shy. Revered politicians like Abraham Lincoln and Hollywood icons like Audrey Hepburn and Johnny Carson all had a more reserved personality.

Favoring the sidelines over the spotlight. 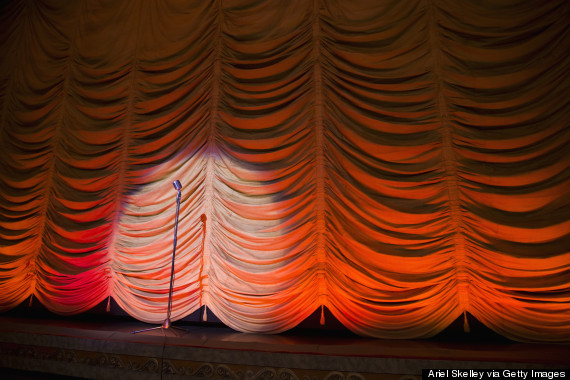 While a wallflower attitude can often be frowned upon, there are some benefits to it -- especially in the workplace. Henderson says that shy individuals who are able to take control of their personality trait are often able to use it in ways to make them more mindful leaders. That natural tendency to step away from center stage can help many companies achieve their goals. "Shy people lead from behind," Henderson said. "They lead because they care, not because they want the spotlight."

Everyone thinking your shyness is an issue (but you know it's not).
Shyness, just like any other personality trait, has its pluses and minuses. The key is to harness what makes you more reserved and use it to your advantage. "[A major] irritant is everyone assuming shyness is a problem," Henderson says. "Shy individuals really have a sensitivity to other people. They know what it feels like to feel nervous, so they can be quite good at helping other people feel comfortable when they aren't on the spot."

In a blog post on Psychology Today, Bernardo Carducci, the director of the Indiana University Southeast's Shyness Research Institute, argues that there are indeed some benefits of shyness. The trait, he said, isn't something to overcome but rather something to be embraced. "The successfully shy don't change who they are. They change the way they think and the actions they make," he writes. "There is nothing wrong with being shy. In fact, I have come to believe that what our society needs is not less shyness but a little more."