Over two years since completing his prison stint stemming from the much publicized 1999 Club New York shootings, Sean "Diddy" Combs' former protégé Shyne is now focused on investing into global technology. The rapper turned Belize Goodwill ambassador and Orthodox Jew (now legally known as Moses Levi) recently partnered with Israeli startup, All Our Power, an international movement that aims to negotiate with large retailers on behalf of its members for long-term discounts.

During a recent interview with the Huffington Post, the former Bad Boy recording artist opened up on his latest business venture, reconciling with Diddy in Paris, upcoming music projects, and his plan to return to the United States.

What led to you becoming an investor of All Our Power?

I’m good friends with Joe Kalfa, the founder. When he told me about it I definitely felt like putting my bank where my mouth is because it’s definitely something that I believe in. I’m always for the underdog because I’ve always been the guy who was disenfranchised and I feel this is an important step for people that are being marginalized, taken advantaged of and left out to come together. It’s a global crisis right now, everything is collapsing financially around the world, so I think now more than ever the little guy needs to get with the other little guy and that could be 10 million of those underdogs and they could dictate the prices that they could dictate. As consumers they can exercise their purchase power and I think that’s important, because everybody ain’t ballin’, everybody ain’t a millionaire.

In the past you’ve always spoke from an underdog’s perspective through your music. Are you still trying to convey that message in any of your new recordings?

Are you releasing the Gangland albums via Island/Def Jam or independently?

I’m independent. I’m really all about entrepreneurship, and that’s what All Our Power is about. All Our Power is understanding that you don’t have to think what the big corporations to tell you. I never liked bullies. I was always the dude that would get up on the table and try to knock the bully out. I like to stand up for what is right. And it’s the same thing with my music and with my business. In today’s world especially, you definitely don’t need to be with a major [label]. The place of a major is way later, and that could just add to what you already got going on. But you have to be an entrepreneur in today’s market. So for me, major distribution is in the pipeline, but as far as what we have to do now with the street album is feed the people with Gangland Records.

Last year you released a few tracks online that were bashed by fans and critics. What can fans expect from your new material?

I believe my audience, they’re like that. They can see me fall, they can see me get a bump and bruise. It’s not like I have to be suited up or polished all the time. It took Tiger Woods three years to win another PGA Tour. It took Michael Jordan an entire season for him to get back into championship form. So for me, people expected me to come out and knock it out the park and just win the ring. Nobody did that. And Michael and Tiger are considered the greatest athletes, period. They had to go through the rush phase, and that’s all it was for me. When I put those records out I felt good about them and I wanted to share them with the people and let them know what was going on since they were so anxious to hear. But it was never up for sale or nothing official. It was just “this is what I’m doing, check it out.” They said what they felt and I kept working, because at the end of the day I set a standard. Shyne is a legend, so people expect legendary performances from him. When it’s not that, you got to keep working to get to that. The music I have now is a billion times better than all of that.

In recent months you reconnected with Sean “Diddy” Combs in Paris. Did he give you any insight or advice on today’s music scene?

Nah, that was a man moment. When men get together, it’s not about no music, it’s not about none of that. Men sit down and talk about men things. Music didn’t come up. I haven’t seen the dude in probably 12 years, and 10 of those years were in prison. We had so much to talk about other than music. But you never know.

I feel life is about forward movement, and when you’re holding on to things, you really can’t move. And I try to keep it pushing. That’s what that meeting was about. Nobody’s perfect and if a man talks to you as a man and as a brother and says to you, “listen, I did this, I did that,” and really man up, what could you do? It’s one thing if a man doesn’t want to accept the mistakes that were made, but that’s not how it was. I learned a lot from ‘ol boy and I don’t really try to walk around with the blame game, that’s not how I live my life. If I represent power to these young Africans and Latin Americans and they look at me as a symbol, the messages that I send to them are important. So I’m saying to them “I don’t want to kill another dark skinned person, I don’t want to kill another brown skinned person.” Whatever I can do to avoid killing somebody that looks like me and somebody that’s suffering just like me, that’s what I’m about. And that’s the message that I was hoping to send by meeting with and coming together as brothers with Sean.

What’s your current status of returning to the United States?

We’re working on it. It’s been three years, so I finished my parole. The ban from America starts from three to 10 [years], so now it’s time to start making those applications. And also, I do a lot of work for my country. So I feel that’s important for the administration, homeland security and state department to respect that. I’m a young kid that made a mistake and I turned my life around, I shouldn’t suffer for the rest of my life. America is an important part of my life. It’s an important way for me to help my country, and more importantly Shyne Po still ring bells on every block. The kids are listening to me, man. So if anyone is going to tell them to put the guns down, or to go to Harvard and try to educate themselves and try to stay from out of prison, they’re going to listen to me. So I feel once we put our presentation together and present it to the powers that be, I don’t see it being a problem. 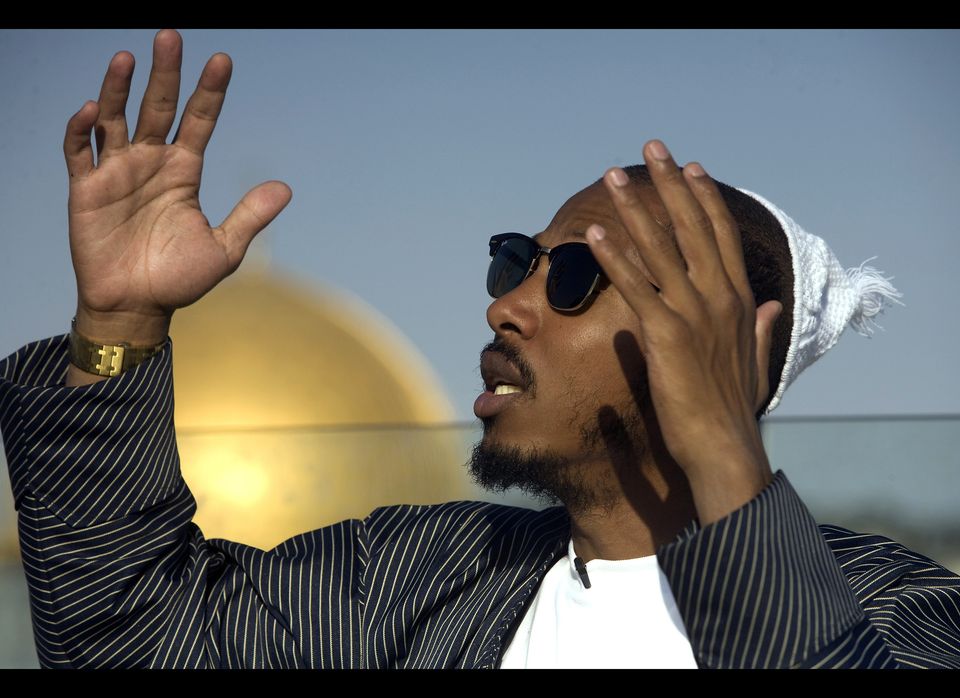