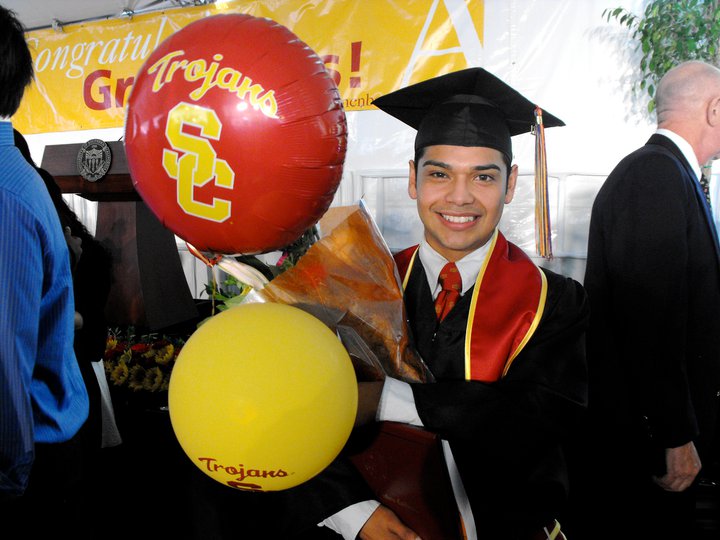 I was a precocious 5-year-old child who thought my father, who worked the graveyard shift as a nurse, was a doctor. He was always wearing scrubs and carrying his stethoscope so naturally, I called him "Dr. Saldivar" while I pressed his stethoscope against his chest. But my father was a humble man who had no reservations about correcting me: "Yo no soy doctor, mijo, pero tu puedes ser doctor."

I grew up feeling like I had no limits because of moments like this. He never questioned my decisions nor my ability to succeed and instilled in me the notion that I was capable. It's something that has helped me take risks personally and professionally in spite of the hardships I had to endure.

Being born to Mexican immigrants meant I inevitably identified with my Mexican heritage and the immigrant experience that connects many Latinos. It also meant that my parents had to work long hours to provide for my siblings and me. It meant that fear often overcame us because our mother was undocumented at the time. It meant I had to learn to navigate through school paperwork on my own, because my parents' English was limited and they couldn't always be there to goad us through the process. It meant that when my parents divorced, we would have to move an hour away from our school district to be able to afford our new apartment. It meant that my perseverance, my resilience, and my strength would be tested if I wanted to succeed academically.

"Perseverance," "resilience," "strength," "immigration," and "the American Dream" are just a few words that are nearly synonymous with the Latino experience. And this is especially true when you look at the staggering statistics and the obstacles that Latinos have to overcome in order to succeed in public schools. For instance, while the national high school dropout rate has decreased significantly thanks in large part to increased graduation rates among Latinos, we still account for the highest dropout rate in the country. At the same time, we are more likely to live in poverty and attend racially segregated schools. These are issues that are intertwined and create a plethora of other problems for Latinos.

I know this because I lived through it firsthand.

My parents earned a combined income that was below the poverty level in this country, so the aftermath of their separation was hard to endure. We were evicted from our apartment and though my mother never complained and constantly assured my siblings and me that everything was under control, she began working two shifts, and -- like my father -- we began to see less and less of her. I knew that I needed to contribute to the house to help alleviate her burden so I found my first job when I was 14 at the local hotel. Despite juggling long hours I spent at school (seven in the morning until four in the afternoon), my situation at home, and my new job, I maintained an above average GPA. 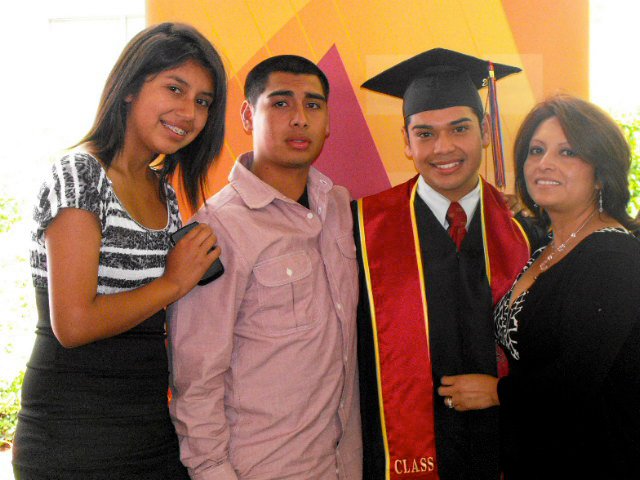 My mother who was once ambivalent about me moving to a different city for college was my biggest fan on my graduation. Having my siblings, Lisette and Edgar, with me meant the world to me.

But more important to me were my siblings and their education. From firsthand experience, I understood how hard it was to concentrate with all the instability at home. I continually emphasized to them the importance of excelling academically. Their education was just as important to me as mine, so I woke up almost an hour earlier every day to take them to school on public transit. As soon as I dropped them off, I caught the next bus and went to my school. It was difficult, but I loved them, and as long as they were getting a dignified education, I could not complain. Instead, I opted to embrace that "sí se puede!" attitude to help me get one step closer to making that American Dream a reality.

Nearly a decade later, while working three different jobs to put myself through school, I became the first in my family to graduate college from the University of Southern California (Fight On, Trojans!). And, in spite of all the hardships, I am thankful for my upbringing as it has given me a unique vantage point of the social, economic, and political struggles that a community faces when marginalized. More importantly, it's what drove me to pursue journalism: to give the silenced, disadvantaged minorities a voice. My upbringing has served as a constant reminder to acknowledge these struggles and not dismiss them. As a journalist, it has been my most powerful asset in the daily fight to effect change. As a brother, son, relative and friend, I hope to serve as an example of what is possible when an opportunity is coupled with perseverance, resilience, and strength.