Over 300 people are feared drowned after the packed boat caught fire and capsized just 1 kilometre from their destination, the Sicilian island of Lampedusa, last week.

It was one of the worst single incidents involving economic migrants and refugees trying to cross the Mediterranean from Africa in search of a new life in Europe.

Search teams on Monday pulled 38 more bodies from the wreck submerged in more than 40 metres of water, bringing the total number of bodies recovered to 232.

"Some we have found with their arms outstretched. We try not to notice this kind of thing too much, otherwise the task is too difficult," said police diver Riccardo Nobile. "We can see a woman's hair floating out of a broken porthole. But we haven't been able to get to her."

The divers are only able to remain at the sea bed for a few minutes at a time and the work has been slow. All the bodies from around the ship and on deck have now been recovered, police say, leaving dozens still inside the vessel.

"I'm sure that the most difficult part of the operation is starting now," said Coast Guard diver Rocco Pilon. "Technically it will be much more challenging."

"We tried to recover those that we could and we pulled them up in the time that we had remaining, but it was very little time," said Nobile.

The boat was carrying around 500 mainly Eritrean and Somali migrants. When it capsized and sank, hundreds were thrown into the water. Only 155 survivors have been rescued.

Lampedusa, a tiny island halfway between Sicily and Tunisia, has become one of the main entry points for clandestine migrants from Africa into southern Europe, with tens of thousands arriving in unsafe and overcrowded boats over recent years.

Thousands have died attempting the crossing, and the decades-old problem has been exacerbated this year by the flight of refugees from war-torn Syria.

European Commission President Jose Manuel Barroso is due to visit Lampedusa on Wednesday to discuss joint action on the refugee crisis following calls from Italian politicians for more help from the European Union.

For now, the government has proposed setting up "humanitarian corridors" to identify more quickly the vessels making dangerous sea passage so that they can be rescued.

But a breakdown in security across much of Libya, the point of departure for the doomed boat, has made it difficult for European states to set up a working system of controls with authorities in the vast desert country.

Boats have continued to arrive in southern Italy, with one carrying around 350 refugees from Syria reported to have landed in Syracuse in southeastern Sicily on Monday. (Additional reporting by Steve Scherer; writing By James Mackenzie; editing by Mike Collett-White and Tom Pfeiffer) 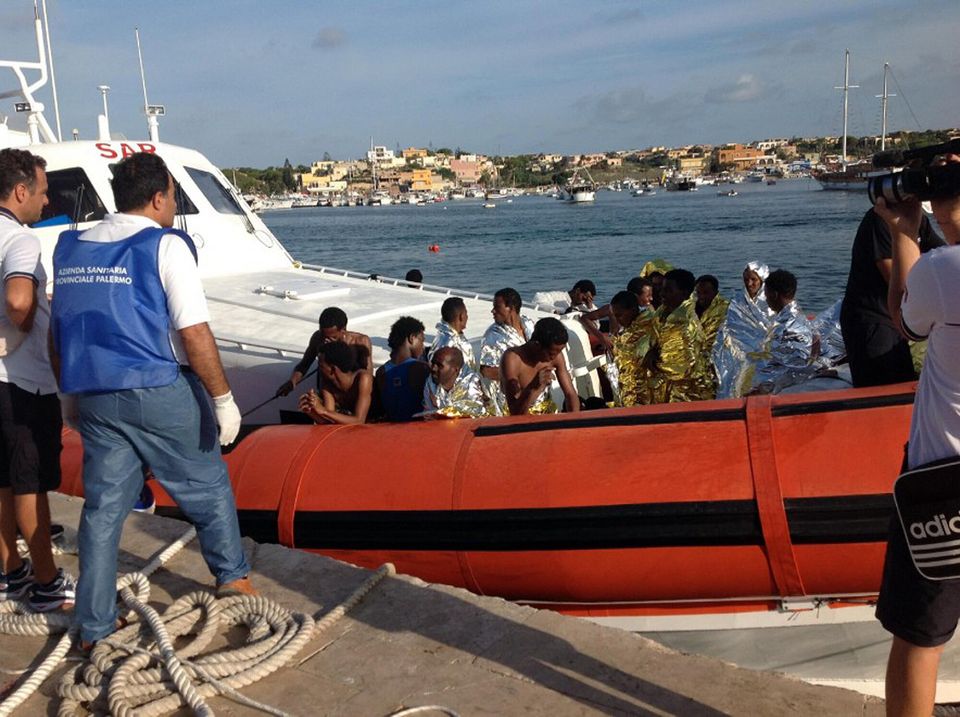