Imagine: inside the veins of an African-American child, red blood cells: round and soft, doing their job, keeping the person alive.

What would happen if those cells hardened and changed shape, curving into the letter "C", like a wheat-cutting sickle?

First, the capillaries would clog, in what Sickle Cell Disease (SCD) doctors call a "crisis". Excruciating agony, like broken glass in the veins, a crisis may last an hour or a day, and the pain is just the beginning.

"By twenty years of age, about 15% of children with SCD suffer major strokes...by 40 years of age, almost half have central nervous system damage ...
cognitive dysfunction (mental problems) ... damage to lungs and kidneys....
frequent hospitalizations... (and face the likelihood of) early death..."

Why does this nightmare condition single out African-Americans? The carrier state for SCD may be a defense against malaria, common to sub-Saharan Africa, but the defense is worse than the disease.

Without medical advice, SCD sufferers may not even know even the most basic care: like the vital importance of drinking lots of water to stay well-hydrated. The more water a person drinks, the less likely it is that their abnormal blood cells will clog the capillaries.

"Another effective treatment is a medication called hydroxyurea, which reduces crises by 50% and death by 40%, but most adults are not treated."

The problem is getting worse. For a person with sickle cell anemia--

But doesn't the Affordable Care Act (ACA, or "Obamacare") help?

Yes, if your state has it. The Affordable Care Act (ACA) brought reasonably-priced medical care to millions of the poor and middle class. If someone on "Obamacare" develops SCD, medical care and advice is available to them. This is a wonderful accomplishment, for which history will thank President Obama.

Politics, unfortunately, has gotten in the way.

As of this writing, 21 state governors (all Republicans) have "opted out" of ACA: denying affordable medical care to millions of low-income Americans: including all too many families of color.

But access to care is only part of the problem; we also need to have therapies waiting, actual cures to make people well--not just maintain them in their misery.

Which brings us to three men connected to the California Institute for Regenerative Medicine.

Bert Lubin is a member of the California Stem Cell Agency's board of directors.

If you live in Oakland, California, you might know Dr. Lubin, who for more than thirty-six years has been working to save children's lives from sickle cell disease. 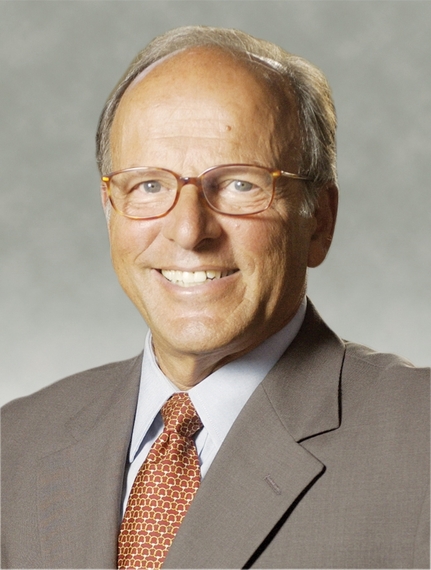 "At the Children's Hospital of Oakland, Dr. Lubin began the Sibling Donor Cord Blood Program, offered to families across the United States who have a child with a blood disorder such as sickle cell anemia...and who are expecting another child. Following the birth of a healthy child, (his/her cord blood)... is harvested. Because cord blood is enriched with blood-forming stem cells, it is cryopreserved (frozen) and can be later used for transplantation. A number of lives have been saved following transplantation with cord blood units collected in this program..."

A second champion is Dr. Ted Love, who recently retired from the board of the California stem cell program.

Dr. Love is one of the most genuinely charming people you will ever meet, and he has a way of calming down arguments that is amazing to see. When disagreements on the stem cell board got hot and heavy, he could sum up both sides with a gentle voice, allowing problems to be settled amicably. When I told him he would be greatly missed, he said he wanted to dedicate his life to finding a cure for SCD.

How is Dr. Love doing?

The third man is Dr. Donald Kohn of the University of California at Los Angeles (UCLA), recipient of funding from the California stem cell program.

The following are his own words, taken from public documents.

"...Isolate some of the patient's own marrow and then use gene therapy methods to correct the sickle gene defect in the blood stem cells before transplanting them back into the patient..."

What would this do?

What are his hopes?

"These advances will have direct and immediate applications to enhance current medical therapies of sickle cell disease..."

Will this information be kept secret, or be shared with other researchers?

"All scientific findings and biomedical materials produced from our studies will be publicly available to non-profit and academic organizations in California..." 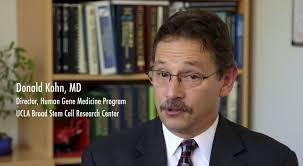 "The first clinical trial of stem cell gene therapy has begun at UCLA and there are great hopes a new therapy will emerge."--Dr. Kohn, personal communication.

The struggle is hard. But it must and will go on, funded by both public and private sources.

In our lifetime, will our scientists make an end to this deadly disease? California intends to find out.


Don C. Reed is the author of the forthcoming book, "STEM CELL BATTLES: Proposition 71 and Beyond: How Ordinary People Can Fight Back Against the Crushing Burden of Chronic Disease", available by pre-order from Amazon.com.