It could be impossible to know when Sickle Cell Disease (SCD), prior to this fall, was last mentioned on primetime television and wasn't used as an insult or the butt of a joke. Just last month Keke Palmer's character mentioned it on "Scream Queens" when asked to think of a noble cause to attach to her Zayday-for-president-party. They even let her have enough screen time to drop a tagline, emphasizing just how horrific the genetic disorder is. Sickle Cell's moment was ultimately overshadowed by the jokes and quest to find a more horrific illness to attach to the party of Zayday's rival.

Nonetheless, Sickle Cell had its moment. What's important here is that SCD was name-dropped four times by a main character. However briefly, it was part of her story.

Thursday's episode of "Grey's Anatomy" wasn't the first time the network show mentioned Sickle Cell Anemia. Sickle Cell only got two name checks from Grey's but they were much more monumental. For the first time (at least in my television viewing career) Sickle Cell was inextricably linked to a series regular. 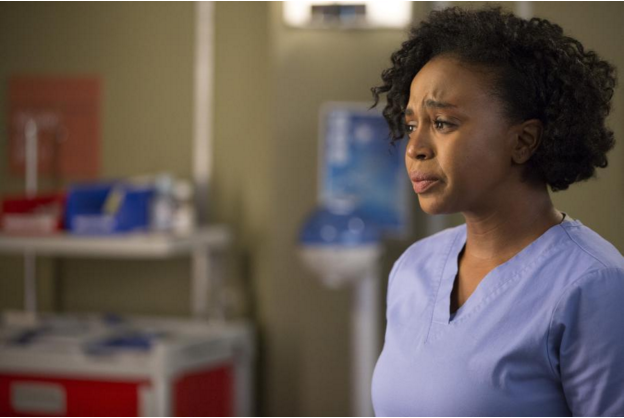 For the first time, a character we already know and love has laid claim to a personal experience and first-hand connection with SCD. Then she gets to (or has to, depending on your perspective) describe part of her experience--an important, historical part. This character, Dr. Stephanie Edwards, revealed that she was a participant in a clinical trial, in which she received a bone marrow transplant for Sickle Cell Anemia at age five. Fact: the first successful bone marrow transplant to cure SCD took place just over 20 years ago (1984).

Perhaps not all viewers were connecting dots in the same way I was or even realized the utter significance of what this small but major reveal means. My mind was basically a runaway train after Dr. Richard Webber explained to Dr. Edwards' superior that she wasn't in fact lying about her experience.

If Stephanie was a candidate for a then-experimental, incredibly risky, endlessly and indescribably painful procedure at age five, it very likely means she had a severe case and was experiencing a lot of complications--enough that would make undergoing the procedure and risking death worth it.

It means she probably spent a great deal of her childhood in the hospital, undergoing treatments like blood transfusions and acting as a late-80s, early 90s guinea pig for doctors and researchers. She might have had marks all over her body from needles trying to access overworked, damaged, and dried-up veins, or maybe if she was (un)lucky enough she had a port surgically implanted in her chest making it a bit easier for docs to fill her small body with blood, fluids, and dangerous narcotics.

Depending on where she grew up and what type of health insurance, if any, she had until age five she and her family might have been dealing with doctors and medical professionals who barely knew the first thing about Sickle Cell Disease and didn't care to learn much since the only time they saw the agony of it was in Black faces. Stephanie's back-story is rife with possibilities.

Now a surgical resident in her twenties, Dr. Edwards is still dealing with the trauma that accompanied her experience with SCD. Initially unable to treat a patient in an eerily similar manner as she was treated in her past, Stephanie is forced to reveal her personal journey to her boss and a colleague. 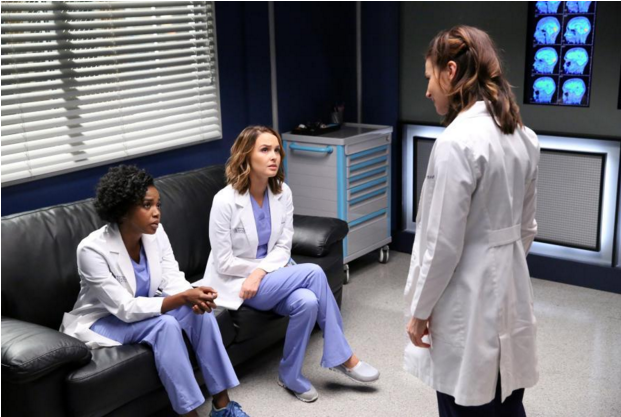 A bone marrow transplant is the only known and proven cure for Sickle Cell Disease, not every carrier is a candidate, few candidates find a match, and not every patient survives. In the episode, Dr. Webber explained that Dr. Edwards was one of the first success stories, implying that she was cured. As a carrier of the illness that moment was bittersweet for me. Elation and relief that Dr. Edwards, despite being a fictional character, doesn't have to deal with SCD anymore and disappointment that some of the opportunities for education through that storyline are seemingly gone.

One of the first major triumphs for a carrier of SCD is making it through your childhood with a solid education. Large amounts of school days substituted for hospital stays (and sometimes home stays) can make it difficult for a child with SCD to graduate on time, never mind making it through college, and going away for college or living on campus is often out of the question. Add four years of medical school and another two to four of residency to that and you're looking at a living, walking, breathing miracle made of iron will.

Still, Dr. Edwards being cured at an early age doesn't discount her experience. If anything it shows how Sickle Cell, like many chronic illnesses, is the gift that keeps on giving. When her superior asked why she didn't tell her about her past I had a list of answers ready before Stephanie could open her mouth. Answers that my friend (also a carrier) gave me in high school and answers I've given my own previous supervisors, teachers, and professors. I can't remember if I was breathing while I waited for Stephanie's. Finally, she said what I was thinking: 'I don't know you like that!'

"When I do talk about it, I only tell people I can trust," is what Dr. Edwards actually said. That's the sentiment of so many who have Sickle Cell, for so many reasons. One of three things usually happens when you do tell someone: they have no idea what it is or what you're talking about, they have heard of it before and tell you the name of a distant relative or obscure C-list celebrity who they think has it, but who's experience may be nothing like your own, or they know exactly what it is and proceed to mentally (sometimes verbally) apply a list of conclusions, assumptions, and stereotypes to you as a result. Personally, I have no preference.

Something else made this namedrop monumental. Actress Jerrika Hinton, rather flawlessly, gave a face to the lifelong pain and torment that is Sickle Cell and it's comorbidities when Stephanie described in uncomfortable, but familiar, detail her experience with being poked and prodded while in excruciating pain and surrendering to adults who promise it's for your own well-being. Hinton gave a voice to the guilt and confusion that comes with feeling like you're being punished for being born, a burden to your family and from unanswered why-questions.

In all of her Black girl magic, Hinton brought with her a spotlight for an invisible illness that affects millions of Blacks* all over the world but goes largely unrecognized in every way, from visibility and awareness to local and federal funding. I'm focusing on Hinton here because she's the one who pitched the idea to Shonda Rhimes and the storyline closely resembles that of Hinton's real-life cousin.

I make deals with my Sickle Cell the same way Christians negotiate with the Lord. This September I renegotiated terms with my SCD right after my doctor sent me away with my first diagnosis of a stroke. The neurological event happened during an unusually severe flare-up while I was traveling, that went undiagnosed and untreated by the hospital I was admitted to, essentially prolonging my recovery.

While my mother was in D.C. giving a presentation at this year's national Sickle Cell conference, I was home, pissed that I had seemingly lost another battle with SCD. I pride myself on being healthier than most; that was the deal I made early on in exchange for pledging my life to advocacy work. But a stroke was too far. My Sickle Cell wasn't playing fair and had hit me below the belt. So I was silent most of September.

Others were promoting and talking about Sickle Cell Awareness Month and I was ruminating on how far we still have to go in 2015, our refusal to discuss the racial implications directly related to the demographic most affected by this illness, and how many times a week I have to scroll quickly past another post about another Sickle Cell soldier ravaged or killed by this disease, unless I feel like being triggered.

"Grey's Anatomy," put a spotlight on Sickle Cell Anemia and in a very significant way, increased the visibility and representation of a group and community that often feels looked past and ignored. Getting people with platforms in the national spotlight to talk about Sickle Cell is an incessant conversation in the SCD community and a battle we always seem to be on the losing end of.

After more than a couple of decades as a carrier and advocate of Sickle Cell Disease, I'm more than a bit jaded and didn't expect SCD to have a significant moment in the spotlight anytime soon. I've been wrong before; if the consequence of being wrong this time is renewed hope, I'll take it.

*Sickle cell disease or sickle cell anemia is a hereditary genetic disease characterized by the presence of abnormal crescent-shaped red blood cells instead of the regular biconcave disc-shaped cells. These sickled cells stick to the walls of various blood vessels, resulting in blocked blood flow that can lead to organ damage, pain and infections; Sickle cell patients often suffer from other conditions or complications of SCD, called comorbidities. Sickle Cell disproportionately affects Blacks and those of African descent most, though it is widespread, affecting many races and ethnicities. SCD also commonly affects Hispanics, Asians, Indians and people of Mediterranean and Middle Eastern descent.