Sienna Miller and Jude Law have been quietly dating again since they worked near each other on Broadway a few months ago, and now Sienna has confirmed they are back together.

"It's going really well. I'm so happy actually, he's great," she told UK's Daily Mirror at her Twenty8Twelve fashion show, where she is pictured with her sister, Savannah, below.

Jude couldn't make it to the show as he was busy promoting 'Sherlock Holmes.' Below he's pictured in Tokyo on Thursday.

Their relationship took a four-year pause after Jude cheated on Sienna, just after he proposed to her, with his children's nanny. In the years they've been apart, Sienna has had a high-profile affair with Balthazar Getty and Jude has fathered a child with a short-term fling, model Samantha Burke. 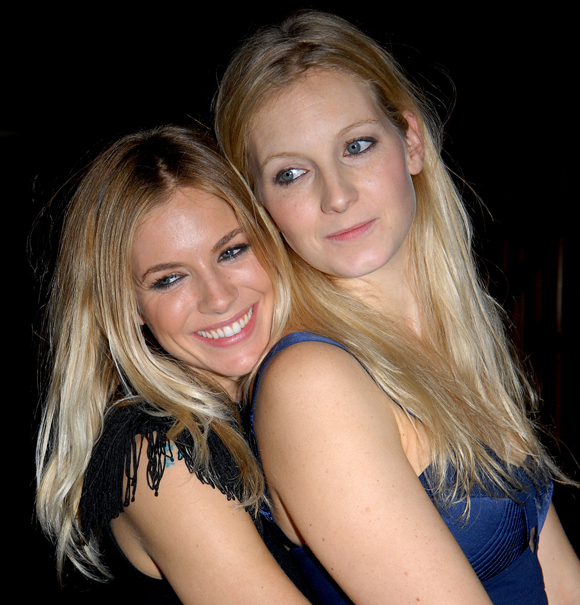