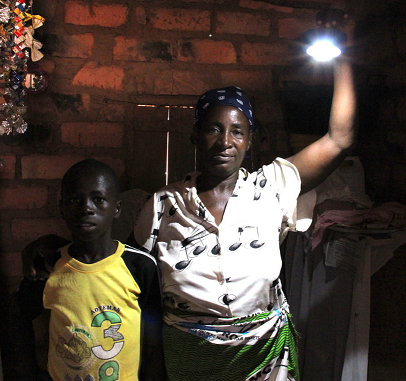 1.3 billion people around the world live in darkness lacking access to even small amounts of life changing electricity. The good news is we can change their fate and help solve climate change at the same time. The bad news is those tasked with solving the problem aren't getting the job done because they are products of two broken systems - energy and finance. That's why we need disruptive solutions like solar crowdfunding to transform these systems so that they deliver outcomes that benefit the poor and the planet.

Crowdfunding works by aggregating small amounts of funding through online portals like the one maintained by SunFunder SolarMosaic or Milaap. These platforms aggregate small 'crowdsourced' amounts of funding into larger sums that directly finance clean energy entrepreneurs. All told it's a $90 billion clean energy access opportunity that can help transform people's lives and the fate of our planet.

But more than the sheer amount that can be raised, what makes crowdfunding so important is that it fills a gaping hole left by traditional financial institutions. These institutions simply aren't financing enough clean energy - let alone decentralized clean energy that serves the poor. That's a big problem because we know that to end energy poverty we need to dramatically ramp up decentralized clean energy (at least according to the International Energy Agency). Because after all small is big.

Instead financial institutions tasked with ending energy poverty are dumping billions into the problem - large scale coal plants (like the one in Kosovo ). This outrageous use of public funds leaves us with the maddening task of banging our collective fists on the brick wall of institutional inertia until the system changes. And change it will.

But in the meantime people living in the dark need solutions now. That's why myself, and the Sierra Club, are working to increase awareness of the power crowdfunding holds. Not only does it empower individuals to make concrete change in the world, it also sends a political message: we won't stand by while the planet burns and the poor get screwed - even if our leaders are.

That's why I personally am putting my money where my mouth is starting with a new project SunFunder is financing near Kampala, Uganda. SunFunder has already provided clean energy to over 22,757 people by sourcing $75,000 from the 'crowd.' Now they're looking to raise another $15,000 to provide 375 people with solar power via Fenix Ready sets to help power off-grid wireless communications for nearly 4,000 people. Deploying this clean energy will generate over $100,000 in village income over the next 3 years, increasing poor household income by 36.4% while eliminating 15,000 liters of kerosene and 37 tons of CO2. As you can see, a little finance can go a long way.

But it doesn't end here. Supporting these off grid entrepreneurs holds tremendous promise in the battle to disrupt the fossil fuel dominated grids in the Western world. By supporting clean energy where the playing field is actually level - off grid areas - we can create a base of power to launch an insurgency against the industries fueling climate change. That's why how we power the world's poor is just as important, and perhaps even more, than how we power the rest.

The Sierra Club is doing its part to bring its 1.3 million members to this revolution. Help us build our ranks by spreading the word. Because with crowdfunding the future is literally in our hands. Check out the project here and tweet: "What if you could shine light for billions living in darkness while fighting climate change? @SunFunder is doing just that http://bit.ly/109MrvB