Anyone who is anyone will be off to Paris in December. That's where the United Nations is holding its Climate Change Conference. Forget Davos: That annual summit in the Swiss Alps is just for billionaire buffoons who have made it big on the Internet and mastered the art of lending money to Greece and getting out early, or those who think that standardizing coffee shops is good for the world.

Davos is better for partying in January than the Super Bowl because it drags on for days. But if you aren't one of the aforementioned billionaires, after your first two bottles of wine, you'll have to fly home because no one told you how expensive Switzerland is, nor how hard the Swiss franc is next to every other currency.

The best of all possible places in the world to be on November 30 to December 11 is Paris. If you're not there, it says you don't care. 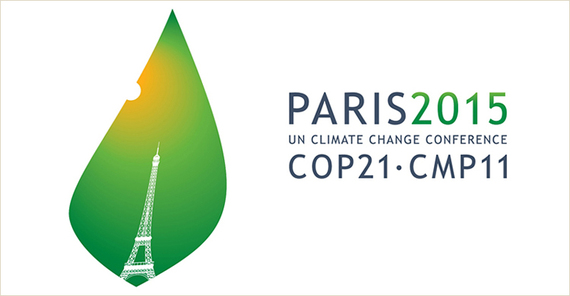 In progressive circles, you have to be seen to care deeply. Your presence in Paris will manifest "virtue signaling" -- a phrase on everyone's lips in Britain since James Bartholomew coined it in the April 18, 2015 edition of The Spectator, a weekly British conservative magazine. You know how it works. You wear fake fur to signal that you love animals. You drive a hybrid vehicle to show that you save oil and are doing your bit to reduce your carbon footprint. That signals virtue, but it's a week signal. You can boost that signal by attaching a conspicuous bike rack to your hybrid vehicle, even if you don't own a bike.

You have to be careful in Paris. Signaling is everything: Think before you signal. For example, claim you had other business that brought you to Paris, like the book you're planning to write on the Louvre or the history of alfresco sex along the Seine in the time of the Francois I. This way, you avoid the thought -- perish it -- that you wasted all that jet fuel just to attend a conference where you absolutely knew you had to be seen, like the White House Correspondents' Association annual dinner in Washington, D.C.

If you flew to Paris first class, conceal it by complaining about the smallness of the seats and awfulness of the meals. If you're winging across the Atlantic or the Pacific in a private jet, land in another country and take the train to Paris. European trains are electric and that signals virtue. Generally trains signal virtue, except Amtrak, which signals something else.

Housing is a problem in Paris because you'll be tempted to stay in one of the great hotels. Warning! Cross these places of luxury, taste and convenience off the list: The Ritz, the George V, the Bristol, and the Meurice. People who signal their deep concern about global warming are also concerned by the amount of energy it takes to keep the rich in comfort.

If you're to get entry to the finest salons on the Left Bank and the conference halls, and if you're to shake hands with climate seer James Hansen, you must signal virtue. Borrow a bicycle, or grow a beard, but not too full or Le Flick, the French police, will have you in the cells as a terrorist in no time.  Sandals send a great signal, as do rough linens from India. If you have a lovely mink, leave it at home. Bad signaling. If Paris turns cold, buy a duffel coat or an old military great coat. Show them that you care, that you live lightly on the Earth.

If you can't resist a slap-up dinner at Maxim's or Laperouse, try getting there on the Metro wrapped in something dowdy. You can expose the fine threads inside. You'll find staff very understanding. Hell, they learned it all from the French existentialists, who loved to signal virtue almost as much as they loved rich women, who bought them things while they philosophized: an unmistakable signal of virtue.

If you can just signal virtue, you can sink to any depths - and the good people of Paris will help you.
If I make it there, I'll be staying in a modest hotel on the Ile St. Louis. And I'll signal virtue by wearing cords and an old tweed jacket

Mark Twain said, "Give a man a reputation as an early riser, and he can sleep 'til noon." Signal virtue and you can let rip. - For InsideSources.com