“What does she see in him?” you ask yourself about your daughter’s husband who laughs like a hyena.

“I thought he’d pick someone who’s neater and more organized. You know, someone like me,” you wonder about your son’s wife whose housekeeping skills tend toward chaotic.

Totally fair questions, if you’re a parent. Also totally irrelevant. The real questions about your child’s choice of life partner have little to do with superficial behaviors and everything to do with certain qualities whose presence lead to a strong partnership and whose absence can eventually be a deal breaker.

According to Lisa Brooke Kift, M.F.T., a psychotherapist who specializes in relationships in San Francisco, there are several signs that prove your child has picked a winner. Start with the phrase “If your child’s spouse…” and end with the actions below. If you can say yes to all or most of them, your child did a good job choosing.

1. Can laugh at himself--and with others. "Laughter,” says Kift, "provides not only a good endorphin rush but is also a great tool for de-escalating tension.” It also reveals a playful side, which is a relationship enhancer. People who take themselves too seriously see attempts at humor as a personal attack and either blow up or retreat into silence—neither of which is good for resolving conflict.

2. Is a collaborator—not a martyr or a dictator. Collaboration in a marriage isn’t necessarily a 50-50 proposition, but rather a joint effort where both partners understand and agree on their roles at any given time. Neither feels generally overburdened or resentful. And each one is willing to help the other—with child care, bill paying, laundry—when one needs an extra hand.

3. Has a life with—and apart from—his/her spouse. Yes, yes, yes, says Kift. ”A balanced life with attention to the marriage and to the self is critical. We can only be our best in a partnership if we feel truly fulfilled.” So what if one loves reading and the other loves sports? In an emotionally safe marriage, each can pursue his/her interests without fear of ruining the relationship—and with genuine appreciation for the other’s personal interests.

4. Makes his/her word good. Your SIL promises to take the kids to a movie on Saturday and does it, even though there’s a great football game on TV. Your DIL swears she’ll lay off the credit card—and keeps her word. “Couples need to be able to rely on one another,“ says Kift, “to know that the other person does what he says he’ll do and is completely transparent in word and deed.” Failing that, trust becomes an issue and over time erodes the backbone of a marriage.

5. Understands the need for open, honest communication. Not everyone is taught in childhood how to handle conflict, listen carefully or show empathy. But the spouse who can do those skills—or is willing to work on them—is probably a winner. “Poor communication, laced with aggression, criticism, and stonewalling, can be a marriage breaker, says Kift.” After all, if a couple can’t talk to each other, how can they work through the inevitable challenges that arise?”

6. Is truly supportive of his/her spouse’s dreams and goals. He supports her going back to school, even if it means he has to take on more childcare obligations while she does homework. She’s his sounding board for an upcoming business deal and doesn’t get into a huff when he comes home late from work. In other words, blue-ribbon spouses not only support in words but actions too.

7. Doesn’t throw in the towel easily. When the going gets tough, this spouse doesn’t get going. “The solid spouse,” says Kift, “sees the payoff potential of a great relationship as something worth fighting for.” The spouse who threatens to leave every time the marriage hits a rough patch is nothing but an emotional blackmailer (who clearly has limited communication skills!).

8. Sees his/her spouse as a pal—not just a marriage mate. The physical attraction may send off sparks, the six-digit income a real plus, but at the end of the day, strong marriages are built on solid friendships. He really likes her; she really likes him. Their sense of fun together is palpable. And, as in all good friendships, they respect each other.

Read more from Grandparents.com: What the color of your snot really means 6 medications you should never take when driving 8 reasons you get dizzy

8 Signs Your Child Picked A Good Spouse
Crowded Nest Syndrome: How To Manage Retirement With Adult Children At Home 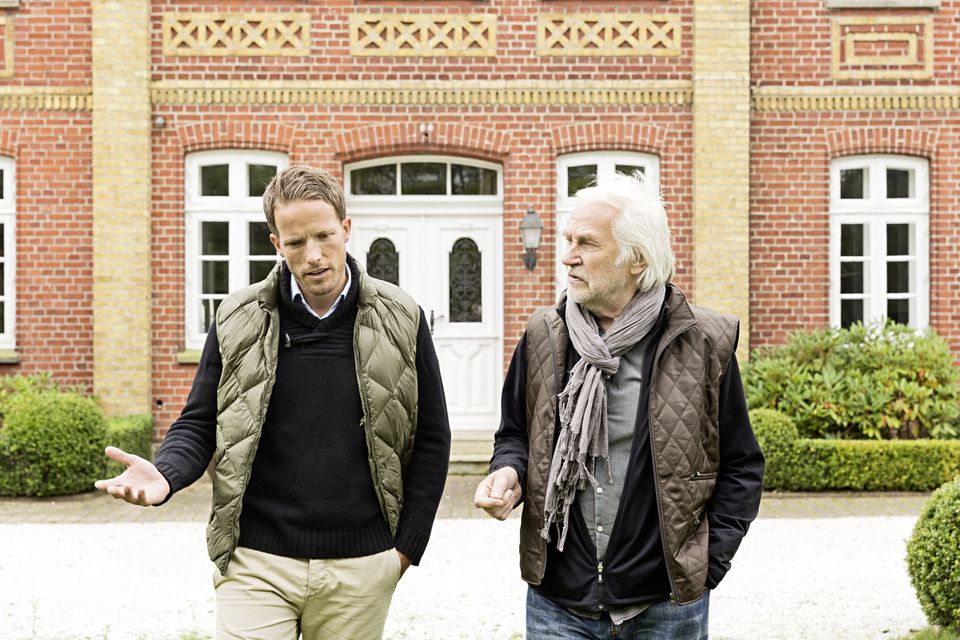 1 / 5
<strong>1. Maintain a balanced environment</strong>
As long as your adult children are sharing your home, you are bound to have complications. You will have arguments. Sometimes lines will be crossed, and there will be hurt feelings. Never allow these bad feelings to fester, but rather get them out in the open. Create a good environment where you and your adult children can argue in a healthy way, rather than belittling each other. At the same time, do take advantage of your own freedom. You’ve earned your retirement; don’t let your feelings of guilt override your own needs and expectations. The key here is balance, as challenging as that can be to achieve.
Getty Images