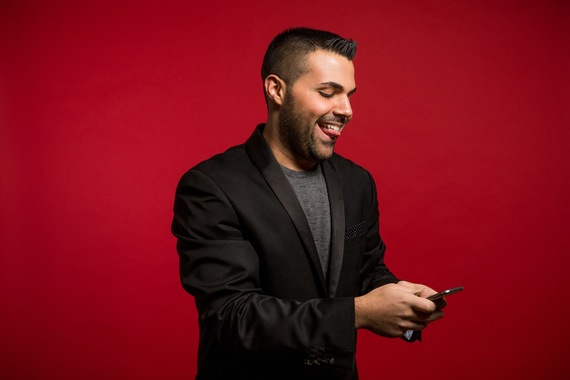 It's easy to call someone a psychopath. You probably do it on a weekly, or even a daily basis. That dude who banged you and never called even though he PROMISED? Psychopath. Your boss who emails you about meeting Friday at 5:30pm? Psychopath. The new guy at the party who eats the last piece of pizza all willy-nilly without even asking? CLEARLY a psychopath.

And while it's all well and good to use this word in the everyday vernacular, there's actually a difference between a clinical, legitimate psychopath, and just a plain jerk.
Note: According to current clinical terminology, there is no difference between psychopath and sociopath, and the two are often used interchangeably.

More: 12 Things Being a Therapist Taught Me About Happiness

What we talk about when we talk about psychopaths
"The Diagnostic and Statistical Manual of Mental Disorders (DSM) has various characteristics [of sociopaths], but one of the most crucial things you see is the superego lacuna, which is a term for a gap in the superego. It helps to conceptualize how an area of conduct can be outside of the internalized morality of an individual," says Dr. Caroline Blackman Coakley, a psychiatrist trained in talk therapy and medication management. "This means that [sociopathic] people have no conscience. The 'shoulds' don't exist. The moral codes that guide the rest of us don't apply to them, either."

Put simply, psychopaths legitimately don't care at all. But not just about stuff like eating the last piece of pizza without even asking. (Still rude.) Cheating? Stealing? MURDER? One swift kick to Jiminy Cricket's face and a sociopath moves on as if he just got a haircut.

"It's not just that they are reckless with other people's lives like stealing, vandalism, and lying. You see them wrecking their own lives, as well. Taking drugs, contracting diseases, not taking care of their lives. These people are usually burned out at 60 or in jail. There's a disregard for their own health and that of other people," says Coakley.

Are all psychopaths serial killers?
Not all sociopaths are violent or inclined toward murder or violence. Some of them are simply con artists. "They don't feel guilt and disgust like the rest us, and they tend not to learn from punishment," adds Coakley. What's even more alarming is that unlike people that we want to call psychopaths because of their behavior, actual psychopaths might not exhibit any real signs because they have learned how to mimic being "normal."

"A lot of them fake being regular," says Coakley. "They are smart and can learn how you're supposed to react. They watch other people and learn it but they don't feel it."

It's also important to note that psychopaths or sociopaths are very different from being psychotic. "Psychotic means you've lost touch with reality. You're hearing voices, you have bizarre beliefs, delusions and paranoia. Often there's a real disorganization or thinking. These are not sociopaths. Sociopaths know what they're doing. It's not because 'God' told them to. They know it, they just don't feel any guilt," says Coakley.

So how do I know if I'm dealing with a psychopath or just an annoying person?
To help mainstream the analysis of psychopaths/sociopaths, Dr. Robert Hare, emeritus professor of psychology at the University of British Columbia, developed a psychopathy checklist -- a diagnostic tool used by psychiatrists today to help identify psychopathic traits -- based on his research with criminals in prison.

Dr. Hare ranks each trait on a scale of 0-3. If a person ranks 1 on all 20 traits, then he or she would rank 20. Someone who ranks a 3 on all 20 trains would receive a score of 60 and would probably receive a longer stay in prison.

Luckily for you, we've included the checklist in the full article on our site. So the next time you're on a Tinder date or making chitchat with that pizza-stealing knucklehead, you can whip out your checklist to determine if, in fact, this person is a psychopath.

To jump to the full article on Thrillist.com and find out what methods you can use to easily identify a psychopath, click here!