On Oct. 11 a special screening of "Prayers For Bobby" took place in New York City.

Held in conjunction with National Coming Out Day and the re-release of the powerful landmark film on Lionsgate DVD, the event was moving not only for the select audience in attendance , but also for the producing team, which includes Emmy-nominated executive producers Daniel Sladek, Chris Taaffe and David Permut, who spent thirteen years championing the project until finally succeeding at Lifetime.

The New York screening was small and intimate and the impact was felt throughout room. When the lights came up in the theatre, the crowd reached for the tissues they'd been given up arrival.

After the screening, Weaver and Sladek treated the audience to a discussion and Q&A about the film. They looked back on making "Prayers For Bobby" and how Mary Griffith, the mother featured in the film, and her work -- as well as the film itself -- have influenced today's generation of LGBT people. The actress also discussed other issues involving the lesbian, gay, bisexual and transgender community.

Watch a portion of the powerful discussion in the video above, including Weaver discussing how things have changed in this country (or haven't) in terms of LGBT rights, kids who stop her to tell her how much the film has meant to them and more. Also, read the Harper Collins book, on which the film is based, available everywhere.

To learn more about "Prayers For Bobby" visit the film's official website here. The new Lionsgate DVD release of the Lifetime Network movie "Prayers For Bobby" is now available for purchase. The DVD includes special promotional materials for The Trevor Project and PFLAG National. 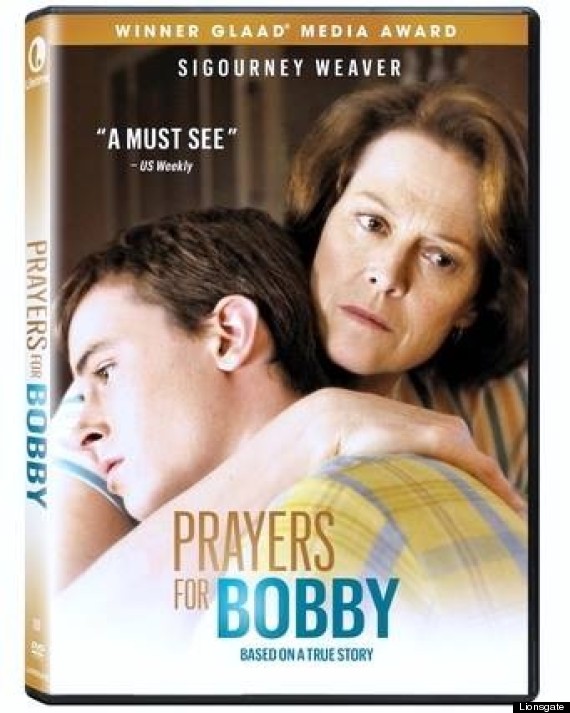