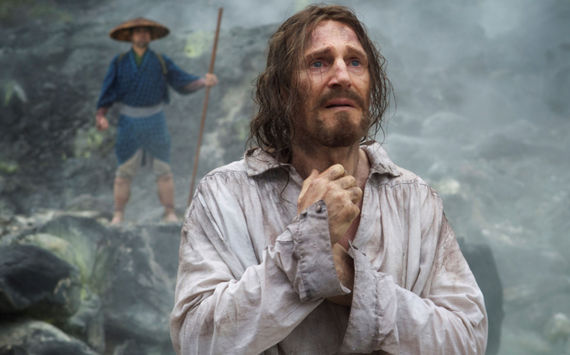 The early 20th century French Catholic philosopher Jacques Maritain once wrote, "If you want to make a Christian work, then be Christian, and simply try to make a beautiful work, into which your heart will pass; do not try to 'make Christian.'"

As you are well aware, there is an entire genre of films known as "Christian movies" that has exploded in recent years as the ability to make a polished, Hollywood looking film (and the ability to turn a profit) has become easier. As you are also no doubt aware, many of these films belong on the rubbish heap of film history. From the writing to the acting and virtually everything in-between, they are objectively terrible to anyone not convinced that a movie made by Christians must be an overt, artistry-be-damned attempt to proselytize the lost who may on some off chance be watching the film.

I am wholly convinced that most directors of so-called Christian movies would go full-on Deadpool and break the fourth wall in their effort to get their evangelistic message across as clear as possible. And therein lies the problem. Straw-man story lines and hokey acting not withstanding, Christian movie makers just can't seem to help themselves from screaming at the audience every minute of every movie they make, "Are you saved? Huh?? Did you hear what I said? I said, are you saved?? Because you're going to hell if you're not!!" Their movies exist as little more than a margainly glorified Chick tract that only the most hell-bent on reductionist evangelism would want to watch.

Well, them and the folks who believe they're going to hell if they watch anything else liberal Hollywood produces.

His is probably not the first name to come to mine when you think of someone to direct a film about faith, but that may be because he doesn't shove his Catholic faith down your throat in every film he makes, even though he is so committed to that faith that at one point he considered joining the priesthood instead of becoming a director.

Of course, it should come as no surprise to discover that Scorsese's latest film is another work of genius. The man simply doesn't make bad movies. But what it so remarkable about Silence is that is unabashedly about faith, Christian persecution, and complicated theological questions and yet, never once does it feel hokey or forced, nor is it a bait-and-switch act of proselytization.

It is at once a remarkable work of art and stinging indictment of so much of what is passed off as "Christian art."

In Silence, Scorsese embodies Jacques Maritain's ethos. He tries to make beautiful art into which his heart is clearly passed into, the theme of which just so happens to be Christian.

Let's say it's a film about faith, rather than a so-called faith-based film

Silence is unequivocally about Christianity, but it approaches its subject matter in a breathtakingly beautiful and gut-wrenching way; in a way few films about faith ever have.

From the very beginning Silence confronts the complicated reality of missionary work in the film's 17th century setting. As one of the central character's notes, "Thousands are dead because of what we brought them."

When's the last time you ever heard a missionary on film (or anywhere for that matter) admit that?

But that's just the beginning. The entire movie is an unflinching look at some of the most challenging and darkest parts of faith. It seemed like nearly every scene raised a new theological puzzle, only to to leave it unresolved as the film raced on to its next challenge; which I absolutely loved. One thing virtually all Christian endeavors struggle with, whether they be movies or books or Sunday morning sermons, is their inability to not give an answer to every question. It's true the faithful crave answers and sometimes answers are needed, but sometimes questions are needed more; questions that don't have neatly packaged answers that warm our hearts the moment we hear them because life, real life simply isn't a 30-min sitcom that can or needs to have all of its loose ends tied up before the credits roll.

Silence embraces this theological ambiguity with gusto, challenging its audience with audacious questions like, "Surely God heard their prayers when they died, but did he hear their screams?" and "The weight of your silence is terrible. I pray, but I'm lost. Or am I just praying to nothing, nothing because you are not there?" and "[Jesus] Your words to Judas' at the Last Supper, were they angry or did they come from a place of love?"

Perhaps the biggest punch to the gut as a Christian comes towards the end in a conversation between Andrew Garfield's missionary character and his Japanese jailer.

Missionary: It is cruel to twist a man's soul in this way.

Jailer: You must be speaking about yourself.

But all of that is just the tip of the cinematic iceberg.

Yes, Silence is absolutely a film about Christian persecution - one which every American Christian should see and then never speak about Christian persecution in America ever again. It is the first time I've ever seen someone forced to deny their faith on film that actually had real weight to it. Most of the time, Christians put into such a position on film do so in ridiculously contrived situations, like a student standing up to their atheist professor. It's just a cheesy gimmick that bears little resemblance to real life. But in Silence, the moments of testing have gravity to them. They are incredibly serious and poignant moments because Scorsese has done the hard work of creating complicated and interesting characters that make for the sort of good storytelling it takes to make you feel the emotions of the characters on screen and appreciate the consequences they face.

Without question, Silence tackles the issue of Christian persecution in a way few if any film ever has, but it is about so much more than that.

It's a story about hard questions and the consequences of our response, about the nature of truth, about grace, and perhaps most of all, the presence, love, and goodness of God.

I cannot recommend this film enough.

If you're a Christian, it's a must see.

And if you're not, it's still a must see because, well, it's Scorsese. How do you not go see a Martin Scorsese film??

Zack is a writer, blogger, and speaker living in Nashville, TN.