Amidst the hustle and bustle of city life, dodging tourists, and a constant flow of anonymous faces, ever wonder what New York would be like if it were completely abandoned?

Difficult to envision, but artists Lucie & Simon present a beautifully striking perspective of such an apocalyptic scenario. The result is a photo series capturing some of the the world's most frequented locations, wiped out of the usual chaos. Watch their video (to the tune of Philip Glass and Daft Punk) below:

In the Silent World project, we wanted to study and transform our world’s most symbolic metropolises into imaginary, fictional, impossible places. In our work, we always try to study and put into image the frontier between reality and the world of dreams. Our desire was to put the viewers into a puzzling and uncomfortable place, pushing him to put into question notions of time and space, but mostly our role and position towards the becoming of our world.

From the Queensboro Bridge to Wall Street, we collected the artists' photos of an empty New York below: 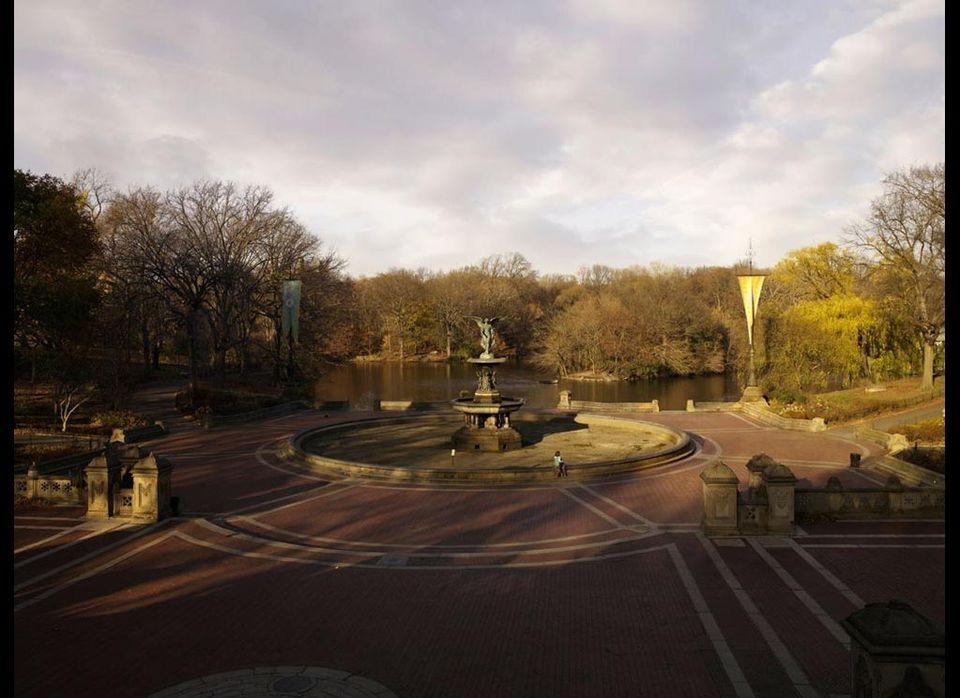