There is so much noise around Trump's executive orders, but when it comes to repealing Dodd-Frank Wall Street Reform and Consumer Protection Act there is a deafening silence.

While I think that EVERYONE should care, I know that financial legislation is boring to most people. But you know who it shouldn't be boring to- VCs and Fintech Startups. 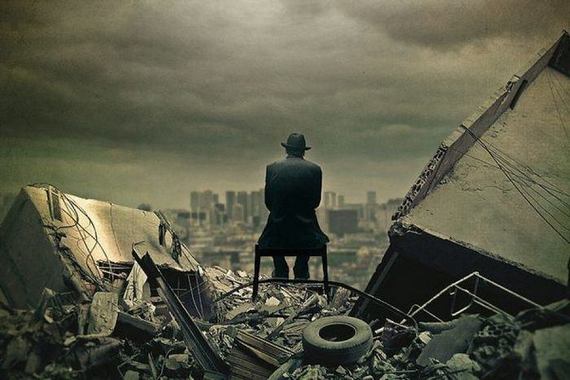 Some people are under the impression that de-regulation will free up Fintech startups, but what it most likely will do is kill them. Trump is handing regulatory decisions to his friends from Goldman Sachs- and they are preparing to eat your lunch.

First and foremost- access to banking information is going to be DENIED at whim. Remember that time when Meerkat was totally winning until Twitter cut off access to it's social graph with only 2 hours notice? Now picture the banks doing that to a startup at any time.

Dodd-Frank ensures open and accessible financial data. In Section 1033, the law authorizes the Consumer Financial Protection Bureau (CFPB)to standardize the format of all that data and the way it is shared with third parties in digital format. They protect a consumer's right to access their data through any service they choose and the banks are forced to comply. Which means, protection of your customers right to access their data is the reason you have access to it.

But guess what happened yesterday? A bill was introduced by Ted Cruz to eliminate the Consumer Financial Protection Bureau. It will likely pass, and from the way things look- it will happen without a single fuck given by Silicon Valley or the startup ecosystem.

I have been in full on meltdown mode. I called everyone I know looking for someone to talk with. I finally found a friend who works at a hedge fund. He suggests we all go buy canned goods and a ranch where we can grow our own food.

We are headed for an economic clusterfuck of epic proportions.

You want to know who else is about to get hit? Online lenders- you want to know why? Because the banks can now open up the floodgates and shower people with predatory loans. No regulations! Ya! Banks can start sending checks that are actually loans and trick people into depositing them again. Consumers are going to have a good time for awhile. People are going to party like it is 2005. But they aren't going to borrow from a startup. They will be rolling in easy access, high interest rate money cause the banks are going to make it rain.

And last but not least- everyone's favorite overvalued and market saturated wealth management and robo-advisors are going to eat a huge pile of shit. Why? Because President Trump has already told the Labor Department to stop implementing the "fiduciary rule" which requires account advisors to work exclusively in their clients best interests.

It's a little bit twisted, but the compliance would be expensive for money managers, so their clients would have been pushed online (kind of like what happened with lending). But that isn't going to happen. Plus- to circle back, I don't really get how any of them will do what they do if the data plug gets pulled.

Investors and Entrepreneurs- This should be keeping you up at night. Dodd-Frank could destroy Fintech as we know it. Reducing even the most successful companies to ashes, and it can happen with lightening speed.

Are you freaked out now? Good. It's time to get motivated. Share this, talk to people- talk to me... leave a comment or ping me on twitter @sarahnadav