Online, he went by the name "Dread Pirate Roberts" and ran what authorities called "the most sophisticated and extensive criminal marketplace on the Internet today."

But his real name, according to an FBI criminal complaint released Wednesday, was Ross William Ulbricht. And despite allegedly operating a sprawling black market bazaar that earned $1.2 billion in sales, the 29-year-old lived a humble lifestyle, paying $1,000 a month for a room in a San Francisco apartment he shared with two roommates.

On Wednesday, the FBI said they had arrested Ulbricht and shut down his website, Silk Road, which had become a booming marketplace for illegal drugs, computer hacking tools and other illicit goods and services.

Ulbricht had been operating the site since January 2011 under the online nickname "Dread Pirate Roberts," an apparent reference to a fictional character from "The Princess Bride" book and movie, according to the FBI.

Silk Road was an underground market for thousands of drug dealers around the world to anonymously sell large amounts of marijuana, heroin, LSD and cocaine, the FBI said in the complaint.

As of last month, there were nearly 13,000 listings on the site for illegal narcotics with categories such as "Psychedelics," "Stimulants" and "Cannabis," according to the complaint. Cybercriminals also used Silk Road to hawk documents to create fake identities, tools for computer hacking, and stolen logins to Netflix and Amazon accounts, authorities said. As part of their investigation, undercover FBI agents made more than 100 drug purchases from Silk Road vendors who were located in 10 different countries, the complaint said.

Authorities have known about Silk Road for some time. Sen. Charles Schumer (D-N.Y) called it "a certifiable one-stop shop for illegal drugs that represents the most brazen attempt to peddle drugs online that we have ever seen" in 2011. On Wednesday, Schumer issued a statement saying "the country is safer now that this open market for law-breaking has been shuttered.”

Ulbricht disguised his identity -- and those of Silk Road's visitors -- by using Tor, a network that encrypts Internet traffic by routing it through computers around the world, the FBI said. He added another layer of anonymity by requiring all transactions to be made in Bitcoins, a digital currency that is virtually untraceable.

He was fiercely protective of his users' identities, according to authorities. When one person threatened to publicly release the names of Silk Road visitors, Ulbricht allegedly offered to pay another Silk Road user to have him killed -- though there was no evidence the murder-for-hire scheme took place, the FBI said.

"This kind of behavior is unforgivable to me," Ulbricht allegedly said in reference to the threat, according to the FBI. "Especially here on Silk Road, anonymity is sacrosanct."

Ulbricht also offered tips on how to conduct transactions without being caught by law enforcement, authorities said. His website told sellers to "vacuum seal" packages of narcotics to avoid drug-sniffing dogs and instructed buyers to have drugs sent to addresses other than their own, according to court documents.

But Ulbricht did not always take such precautions with his own anonymity. Authorities said they were led to his doorstep after Canadian border officials seized a package containing counterfeit identity documents addressed to his apartment in San Francisco. The FBI alleged in its complaint that Ulbricht planned to use fake IDs to rent more servers to run Silk Road. He also accessed a Silk Road server from an Internet cafe 500 feet from where he was staying, authorities said.

The FBI complaint references Ulbricht's LinkedIn profile, and says the agency understands that he graduated with a physics degree from University of Texas at Dallas in 2006, then attended graduate school at the University of Pennsylvania School of Materials Science and Engineering.

Ulbricht's LinkedIn profile matches the FBI's quotes and information -- though it lists Pennsylvania State University instead of the University of Pennsylvania for graduate school. An FBI spokesman confirmed that the profile belonged to Ulbricht.

In its complaint, the FBI notes that according to Ulbricht's LinkedIn profile, his goals "shifted" after graduate school, and he became focused on giving people "a first-hand experience of what it would be like to live in a world without the systemic use of force" by "institutions and governments."

Ulbricht was arrested Tuesday in San Francisco at a public library, according to Forbes.

Authorities charged Ulbricht with narcotics trafficking, money laundering and computer hacking. Calls to a number listed under his name were not returned. The Silk Road website has since been replaced by a banner that says the site has been seized by the FBI, DEA, IRS Criminal Division and ICE Homeland Security Investigations.

"He is a really stellar, good person and very idealistic," Ulbricht's mother, Lyn Lacava, told Reuters. "I know he never meant to hurt anyone."

In a recent profile in Forbes magazine, the operator of Silk Road, who did not reveal his actual name, told a reporter that he never held meetings in person, "even with my closet advisers," and took measures to disguise his identity online out of fear that authorities were closing in.

"The highest levels of government are hunting me," he told Forbes. "I can’t take any chances.”

This story was updated with FBI confirmation of Ulbricht's LinkedIn profile. The Huffington Post reporters William Goodman and Andres Jauregui contributed to this report.

PHOTO GALLERY
How To Get Around An Internet Blackout
Gerry Smith
Technology reporter, The Huffington Post
Suggest a correction 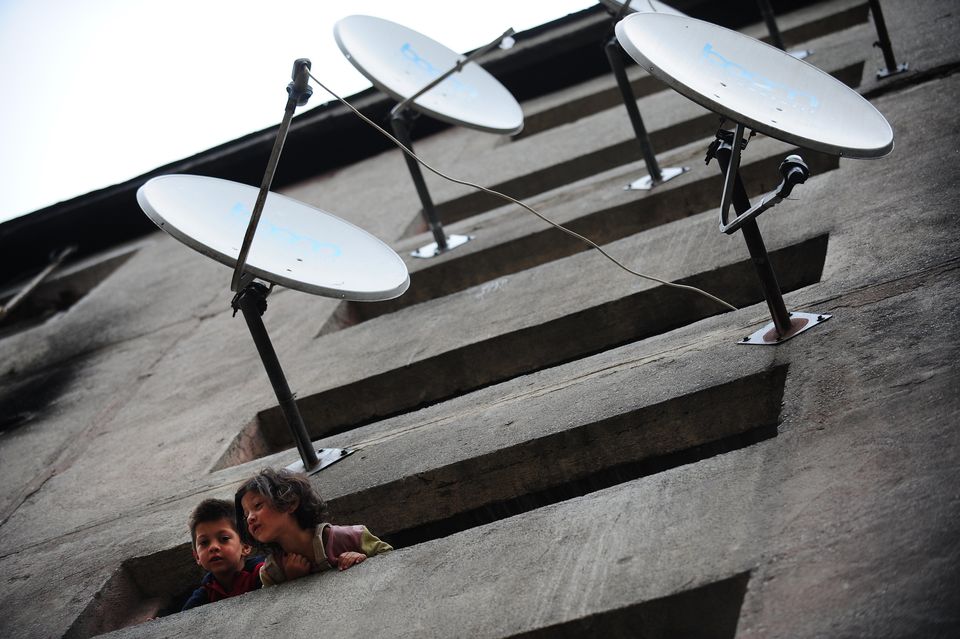