You may have seen a chicken or two in your day, but we're pretty sure these glorious winged creatures are about to blow your mind.

The Silkie is basically the glamorous supermodel of domesticated fowl.

These ornamental chickens are more than just a pretty face; they're also total sweetie pies. And legend has it that their feathers feel just like silk.

The texture of their feathers resembles a luxurious fur pelt. They've also been known to grow a mowhawk-esque crest of feathers on their heads.

The 'do, the glare... You're looking at the future frontman of an anarchist-chicken punk-metal garage band. Don't make eye contact: 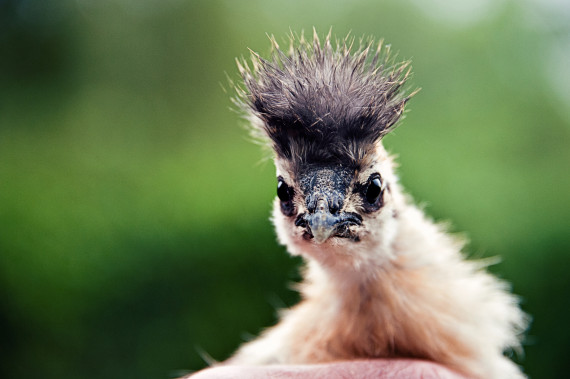 Some of them sport elegant pompadours that would put Elvis to shame:

Are these chickens using Pantene, or are they just pure magic? It's no wonder they inspired their own fan club: The American Silkie Bantam Club was established in 1923 to celebrate the majestic bird.

Chickens have become popular house (or yard) pets, and the Silkie chicken is basically the dream breed. They can survive in warm and cold climates, though they should be kept inside during the winter. They're sweet, amiable, and so dang cute that they'll make your friends squeal: 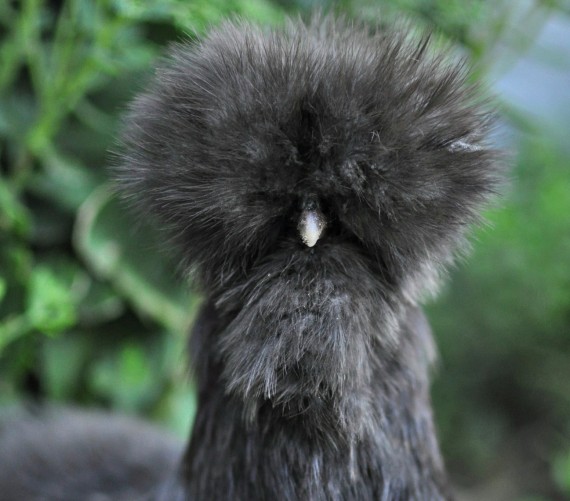 They come in tons of shades, like this stunningly pillow-esque brunette with a baby on board: 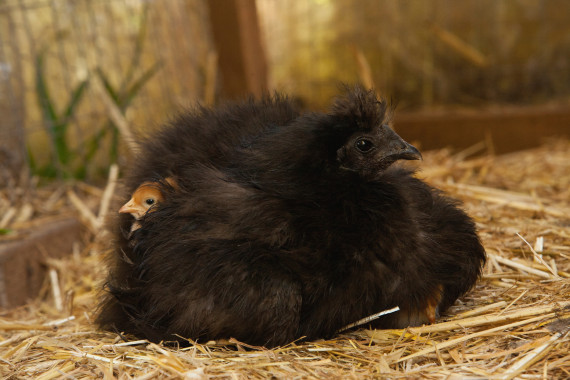 Or this snow-white beauty:

Silkie by Kirsty Pang on 500px

And yes, you can even acquire a ginger Silkie. (And they have souls, too:) 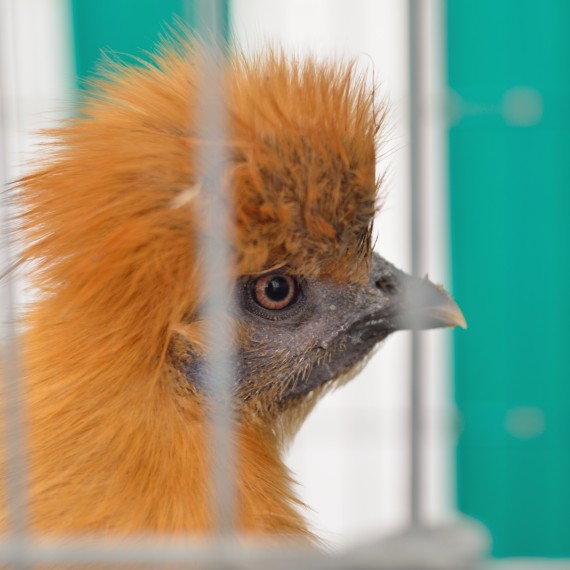 Although we don't know the exact origin of the Silkie, Marco Polo apparently described a bird just like it during his 13th century exploration of China. These chickens caught the eye of the early explorer. It is said that the Silkie was brought to Europe about 200 years ago, where Dutch breeders apparently told prospective buyers that they were a crossbreed of rabbits and chickens. We can understand how they pulled that off. Today, the majority of Silkie chickens are sold for ornamental reasons, cause they're basically the royalty of fowl.

The chickens have dark blueish-black skin and a majestic wattle:

Silkie by Eva Lechner on 500px

Although sometimes, they kind of just look like Chewbacca.

They grow feathers all the way down to their toes! Their fluffy feathers make them unable to fly and can be a real pain to clean, but whoever said being beautiful was easy?

And they don't look quite so proud when their 'dos get rained on:

They emerge as mowhawked-little tykes, like hipster babies in Brooklyn:

Slowly but surely, they start to fill out, like this wee little chick:

Silkie chickens have a lifespan of about nine years, so it's not a commitment to be taken on lightly. Sadly, in recent years, a growing number of chickens have been abandoned in animal shelters. But if you're ready for the responsibility, you can raise your Silkie as a real pet. Think of it as a kitten who can also produce the eggs for your omelet!

Once they grow up, female Silkies make excellent mothers, and even have been known to adopt baby ducks, turkeys or chickens into their brood:

Go ahead and revel in the fluffy wonder that is the Silkie! Or check out some other unbelievable birds:

We Just Found Your New Dream Pet. It's A Chicken.
Beautiful Birds