You can do two interesting things with your body when you're a woman over 60: Cover up (with hat and gloves!) like the delightful Diane Keaton (69), or strip down like audacious Susan Sarandon (also 69). I'm a happy single of that age group, and whatever forces drove me to it, I had a crazy idea last week: Professional pinup pix of me just for myself! I always loved the vintage images by famous pinup artists like Vargas and Gil Elvgren. Now I am vintage myself, and no restrictions apply.

Feeling sassy and adventurous (feelings one should always follow with enthusiasm!) I envisioned a silver-haired version of Burlesque-Queen Dita von Teese (wishful thinking is inspirational!) for myself -- maybe a little less artificial. And although women are known to always look for flaws in their image, that wasn't for me! I was putting my money on looking as glamorous as can be. And so off I was to photographer Beate Pilgreen http://bestboudoirla.com in Los Angeles, a grey vixen in transition, with a small shopping bag full of stuff one might need, like very red lipstick, false eyelashes, push-up bras, billowing chiffon shawls, the works.

As a rule I'm not exactly obsessed with the idea of being photographed at all costs in black fishnet stockings and sadistic stiletto-heels, draped in red silk -- few of my age-group are -- but why not indulge in some naughty fantasy and show off for fun? It's one thing to do a little amateurish number in front of your iPhone and embarrass your grown-up children, but another to do it like a proud pro with nothing to prove and without the pressure of perfection because nothing needs to end up on a magazine cover.

So I was game all right, except frontal nudity was out and so was bathing in a large Martini glass. Also, no whips, no winking, blowing kisses and snuggling with a python. Part of the fun is that doing "boudoir" photos feels almost deliciously perverse and forbidden because ageism and hypocrisy is still rampant and freedom of expression is all but a dream if older folks are doing it. 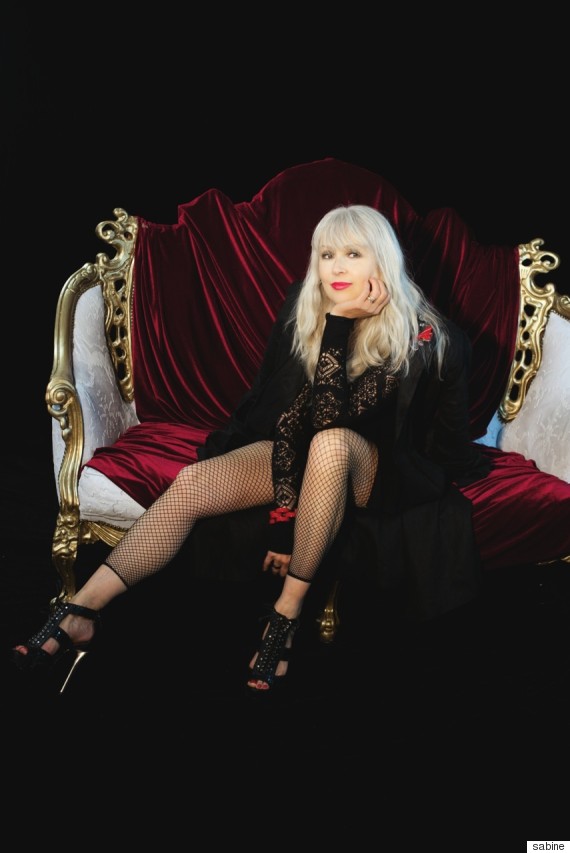 Let's look at troublemaker Susan Sarandon who recently managed again to ruffle feathers and provoke mostly peeved, uptight (British) men. What did she do? Cartwheels in her undies? Grabbing her crotch while making a political speech? No, much worse, she wore nothing but a bra under her designer jacket and had the nerve to talk (at the SAG Awards) about famous dead people as if they wouldn't have minded to look at a sexy 69-year-old woman's very nice (and natural) breasts. It shows that it often needs just one woman and a ridiculously tame situation to remind us of our beauty police who guard public esthetics and settle questions about wrinkles, soft jaw-lines and jiggling flesh, apparently a threat to the emotional well-being of most men.

Yes, society has a very troubled relationship with beauty, women, sexuality and age. The crazy and cruel rules are especially heaped onto every female over 50. 1. Don't call attention to yourself in any shape or form. 2. Don't buy into the silly idea that you still matter (if you ever have). You don't count, go away! Put all that together and what is left is a stunted female who isn't allowed to have beauty flaws and certainly can't be sensuous, sexy and old at the same time. But we all know that sexiness is a state of mind not age and comes in all intriguing impersonations. We all have so many different faces, bodies and identities, and it's a great game to let them out of their hiding place once in a while and play with all of them.

And if Susan wants her ample bosom to be part of the world around her to be enjoyed (or shocked by) and if I like to shake my silver mane, we can and should do it. And so can you! It's strip-tease-time! Except for eyelashes. I left mine on all day and night... 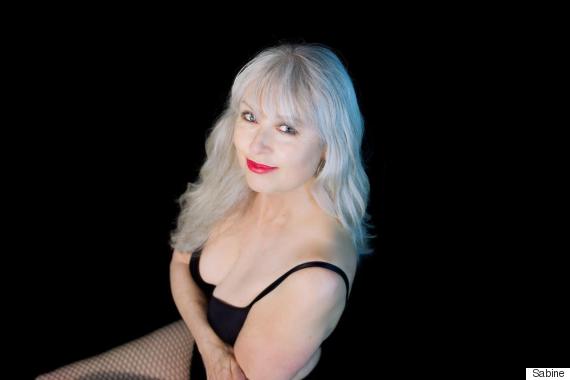