Excerpted from the new bookExistentialism and Romantic Love by Skye Cleary PhD. Available from Palgrave Macmillan and Amazon.

Romantic loving is, for Simone de Beauvoir, existentially dangerous. Romantic relationships can be such intoxicating experiences that lovers get lost in euphoria. Passionately they sink together into the muck and mire of couple-centered selfishness and attempt to merge in ecstatic harmony. The problem is that this eventually leads either to boredom or to games of submission, domination, and possession. Authentic loving, according to Beauvoir, needs to overcome such traps.

The first step in loving authentically is for lovers to believe and recognize each other as free and equal and act accordingly. This means that both partners are autonomous, generous, cooperate, and overcome petty power games.

In her play Who Shall Die? Beauvoir toys with power and authenticity in love. It is fourteenth century Belgium. A town is under siege. Food supplies are running short. The council wants to protect the city at all costs, so they decide to evict all the women, children, old, and sick people - 'useless mouths' - from the town so that there is more food for the men to protect the city for longer. The decree gives way to an ethical void, paving the way for a new morality based on power.

Louis, the mayor, and his wise wife Catherine initially consider themselves a partnership of equals because they discuss and agree together on important decisions. When Catherine learns that Louis has cast her as a useless mouth and sentenced her to certain death, he introduces a power relationship. Catherine accuses him of treating her not as a wife, but rather as a disposable object.

Catherine takes her dagger and tries to stab Louis. While the reason for her attack is not made explicit, feelings of anger, vengeance, and betrayal are all perfectly understandable possibilities. What is obvious is that in her attempt to murder Louis, Catherine refuses to be an object or a victim and asserts her independence.

Authentic loving is, for Beauvoir, impossible when there is oppression and Catherine's retaliation illustrates her defiance and establishes her as a woman striving for authenticity.

Louis takes a surprisingly enlightened stance. Instead of being angry, he perceives the attempted murder to be evidence that Catherine loves him. In spite of the knifing - or perhaps because of it - their relationship is portrayed as both authentic and loving.

Turning to women's situation seven hundred years after Catherine, the question of what a woman is to do with her future has become complicated by her newly recognized psychosocial freedom. Should she choose a career or marry and have babies? Beauvoir noted that it is much more difficult for a woman to juggle such possibilities. 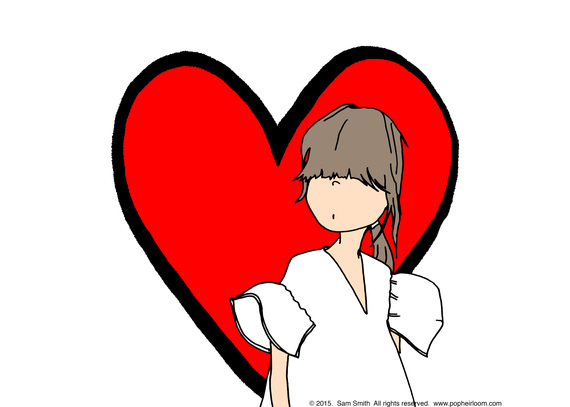 Although women have always been ontologically free, there are now fewer obstacles than ever to women choosing their passion. Although growing and delivering a baby is still a female act, it is about the only thing, apart from breastfeeding, related to children that is.

With access to birth control, Caesarean deliveries to avoid health difficulties, proliferation of mobile communication, widespread availability of baby milk formula, government-subsidized childcare, paid parental leave, and the possibility of a male being the primary carer, a woman need have little time away from work in many Western societies. These changes in the structure of Western society have meant that family and career are no longer mutually exclusive for women. (However, as Anne-Marie Slaughter pointed out in Why Women Still Can't Have It All - and Beauvoir would agree - there are still plenty of challenges.)

Women seem to have discovered that with higher education and economic independence, it is relatively easy to refuse to give up transcending for the sake of support. They are no longer doomed to immanence because they have established their psychosocial freedom to pursue economic independence, are transcending en masse, and are no longer required to marry and procreate in order to survive as members of a social community and be successful in life. 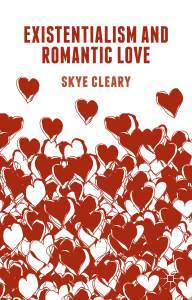 Existentialism and Romantic Love investigates the thinking of five existential philosophers - Max Stirner, Soren Kierkegaard, Friedrich Nietzsche, Jean-Paul Sartre, and Simone de Beauvoir - to uncover fresh insights about what is wrong with our everyday ideas about romantic loving, why reality often falls short of the ideal, sources of frustrations and disappointments, and possibilities for creating authentically meaningful relationships.

Skye Cleary PhD is a philosopher and author of Existentialism and Romantic Love(Palgrave Macmillan, 2015).