"The Simpsons" took its latest dig at Fox News on Sunday's episode, inventing a new motto for the channel: "Not Racist, But #1 With Racists." 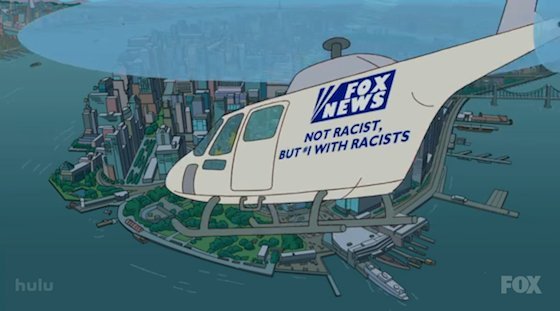 Granted, it's hardly the first time the cartoon has jabbed at its sister channel ("The Simpsons" is, of course, on Fox). Below, see the Fox News gag, and the setup for the episode, where America's media elite meets in the head of the Statue of Liberty to invent a new health scare that will keep people glued to their televisions.