Frank Sinatra as a role model for modern introverts?

The idea sounds nuts. But trust me, friends of innie-useful info. 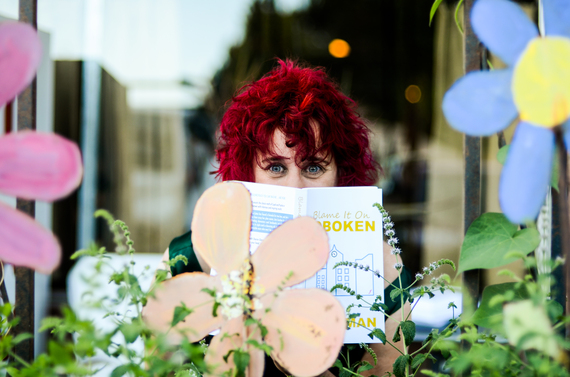 I've been reading and listening to a lot of Frank Sinatra lately. And I've discovered Sinatra habits and qualities that we introverts can borrow for our happy version of That's Life.

Plus! Some serious secondhand cool factor.

As the world prepares to celebrate Ol' Blue Eyes' 100th birthday in 2015, introverts can join the party, Our Way.

Here are five Sinatra-inspired tips for introverts. Your thoughts and additions welcome in Comments!

In his autobiography, Frank Sinatra's Los Angeles, CA valet recalls being sent to Hoboken, NJ to learn how to cook Frank's childhood foods, using recipes handed down from his mother.

The taste of those hometown foods delighted Sinatra, we can assume.

But what about their aroma?

As holistic psychotherapist Maureen Clancy pointed out to me earlier this year, smells can help introverts feel more at ease in new places, busy spaces and demanding performance situations.

Dr. Cindy Jones, founder and head chemist of the Colorado Aromatics skincare line, agrees. Scents impact the brain in powerful ways, she says. They create a shortcut from experience to emotion.

So, consider this for just a second, Toots, please.

Did the scent of his mother's cooking help Frank Sinatra feel at home on unfamiliar, high-stakes stages?

It's food for thought.

Could a childhood scent memory create a home-court advantage for the introvert brain as we enter new situations and places?

In the late 1950s, Frank Sinatra swung into his concept album phase. These disc titles usually end "With Me."

These are the Sinatra recordings I sigh to, and smile to, and sing along to in the car.

Frank's voice has this certain something that makes me lean in and listen.

It's something we introverts can use, too.

While some reviewers attribute the captivating new power of Frank's delivery to his heartbreak over Ava Gardner, others note that Nelson Riddle, who began to orchestrate and arrange Sinatra's tunes at this time, added a "heartbeat rhythm" to Sinatra's songs.

This is where things get introvert-interesting.

(Riddle noted that this heartbeat rhythm was also the rhythm of sex. Talk about an externalized, yet personal experience!)

Shared timing connects an audience to a singer and a song. That's a hugely positive thing for anyone trying to connect with another(s).

But on top of these connection-boosting agents? There's. The. Pause.

This tiny hesitation that Sinatra inserts before key phrases in his lyrics.

Before I fell for 1950s Frank, I thought of a pause as a non-thing. A loss for words.

But when the setting is right... when a heartbeat rhythm has built trust... a Sinatra-esque pause grabs the listener's attention.

Psst! The pause says. I got something to say to you. Just you.

Talk about a quiet triumph!

With a tip of the hat to Frank, what if we introverts use Nelson Riddle's heart-beat rhythm and Frank Sinatra's well-placed pauses to naturally connect our message with the world?

Sinatra-vert Tip #3: BE Your Funny Valentine

We're still in the Riddle years for this tip (the disc: Songs for Young Lovers, 1954).

In two minutes and 27 seconds, Frank turns a number written for the musical Babes In Arms into an introvert anthem, singing lyrics like these:

Is your figure less than Greek?/Is your mouth a little weak?/
When you open it to speak, are you smart?

My Funny Valentine may have started out an ode to the lover willing to overlook a beloved's flaws. But today, it feels like an out-loud and proud salute to the triumph of inner substance and gloriously human imperfections.

The other songs on Billboard's Top 30 songs of the year? They include: The Happy Wanderer; My Secret Love; Hernando's Hideaway; Stranger in Paradise.

Nice. But nothing to hang your singular, introvert identity hat on.

Sinatravert Tip #4 Express your true "Just for You"

In the song One for My Baby (And One for the Road), Frank delivers a cinematic scene in song (thanks to genius lyrics by Johnny Mercer and music by Harold Arlen) in 10 seconds:

It's quarter to three/there's no one in the place/except you and me.

Brokenhearted guy in a bar wants your attention. Uh-oh. This could be trouble. Or boring?

That's where the power of Sinatra-version comes in.

By combining The Pause (Tip #2) with a bit of I am My Own Funny Valentine (Tip #3), Frank establishes he's here for us, Joe, one-on-one.

He's lonely. But thanks to your kind (if professional) attention, he's not alone.

He needs us. But isn't, you know, needy.

And boy, does he have a story to tell.

Who can resist that?

Remember the reviewers who credited Frank Sinatra's heartbreak over Ava Gardner with infusing his voice with sadness in the late 1950s?

This scene from one of his biographies may play a part as well.

The external news is great. Sinatra has won an Academy Award for Best Supporting Actor for his role in From Here to Eternity.

He's sitting in his car, looking out at the lights of LA, holding the golden statue in his hand.

He's been down for a while. He's fought hard to get back on top.

Great stuff, right? At least that's what the headlines say.

But where he is, really? He's divorced Nancy Sinatra and married the love/loathe of his life, Ava Gardner (they'll divorce the next year).

He's wheeled and dealed and worked and beaten the odds.

As Sinatra sits alone on the top of the world in LA, introvert readers may sense a pivot point.

Here is a man who's won the ultimate prize. But in a world of glam, bam and bling, you're only as good as Your Next Big Thing.

Could this be an allegory about the possibilities of using the pause, personally, to reconnect with what matters to us, personally?

Frank Sinatra will forge ahead. The next, even bigger phase of his legend will begin.

What would you do?

Sharon Glassman is the author of BLAME IT ON HOBOKEN: a funny, inspiring, introvert-fueled love story with songs set in Frank Sinatra's hometown. Read and hear more at http://sharonglassmanlive.com