In the 1990s, Sinbad was a successful comedian, performing on television specials and appearing in various TV shows and movies. But despite those successes, the entertainer filed for bankruptcy in 2009. One year later, he appeared on "The Celebrity Apprentice" -- and got fired by Donald Trump in week two. Which one of those things -- bankruptcy or "The Celebrity Apprentice" -- does Sinbad regret? The answer may surprise you.

In this clip from an episode of "Oprah: Where Are They Now?", Sinbad opens up about filing for bankruptcy, saying that extravagant spending was never the culprit. "I didn't buy Bentleys," he says. "I didn't live large. I invested in me. I invested in a lot of other people. I would not change it; I would not go back."

What Sinbad would change, however, is appearing on The Celebrity Apprentice" in 2010. "I never should have done 'Celebrity Apprentice,'" he says in the clip. "I didn't want to do it because I didn’t want Donald Trump to say, 'You're fired.'"

Sinbad was fired from "The Celebrity Apprentice," though, and he now says that there's something he wishes he could have told Trump in the boardroom. "Who the heck is Donald Trump to fire me?" he asks. "I regret I didn't tell Donald Trump, 'You need to fire your barber. I'm sorry. I ain't feeling you, man. You're fired! I fire you, Donald Trump.'"

Through his struggles, though, Sinbad learned an important life lesson: "It's never over," he says. "There's no one defining moment that kills you or makes you."

PHOTO GALLERY
Where Are They Now: 'A Different World'
Download
Calling all HuffPost superfans!
Sign up for membership to become a founding member and help shape HuffPost's next chapter
Join HuffPost

OWN Video Own Oprah Winfrey Network Sinbad Own Network

Sinbad, The Comedian, Regrets 'Celebrity Apprentice'; Says 'Who The Heck Is Donald Trump To Fire Me?' (VIDEO)
Where Are They Now: 'A Different World' 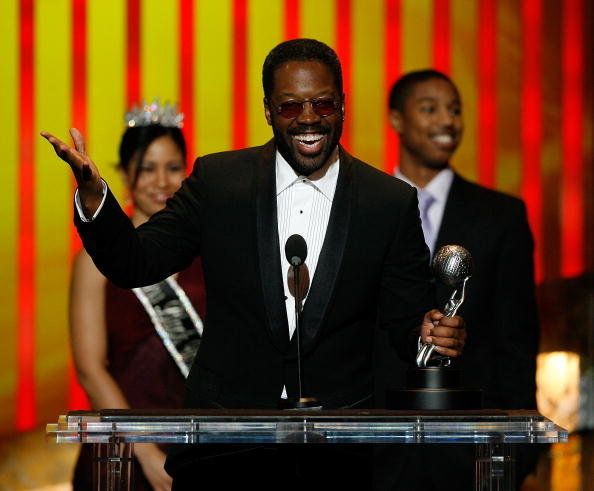 1 / 12
Where Are They Now: 'A Different World'
<strong>Kadeem Hardison: Dwayne Wayne</strong> Kadeem Hardison has appeared in a variety of television shows following <em>A Different World</em>. In 2006, he played <em>American Idol</em> winner Fantasia Barrino's father in her Lifetime biopic, <em>Life Is Not A Fairytale</em>. In his personal life, Hardison was once married to singer Chante Moore, with whom he has a daughter.
Getty Images

Sinbad, The Comedian, Regrets 'Celebrity Apprentice'; Says 'Who The Heck Is Donald Trump To Fire Me?' (VIDEO)
Donald Trump