As America ramps up for the 50th Super Bowl on Sunday in Santa Clara, let's take a moment to consider the ugly underbelly of this mega-sporting event: the big business of supplying sex to the fans. NGOs and law enforcement agencies have been strategizing for months over the looming problem, just as pimps and traffickers are no doubt busy deciding how to profit from game day. 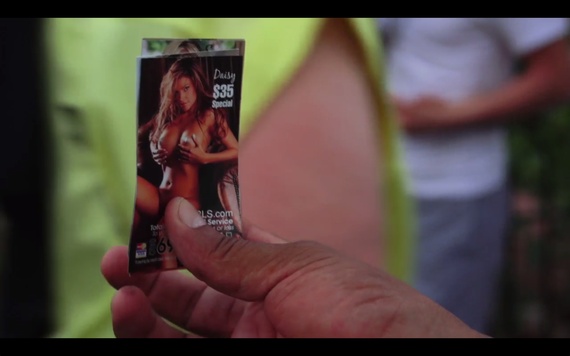 Naturally there are opposing views about how much attention should be paid to prostitution as it intersects with Super Bowl Sunday. Activist NGOs will be in Santa Clara ahead of game day, in bars and hotels, teaching members of the hospitality industry and the general public to look for signs of sexual exploitation. Others will be out on the streets searching for victims and offering them help. The FBI will be working with local police and NGOs to shut down trafficking operations and arrest pimps and johns.

Even some anti-trafficking activists argue that by focusing on a single event, in a single city, on a single day, we gloss over the harsh reality that sex trafficking is happening 365 days a year in every single city across the nation. They believe that concentrating on the Super Bowl uses money and resources that would be better spent elsewhere. 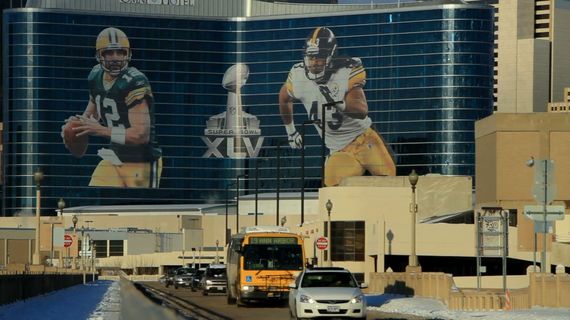 In recent years there has been a concurrent backlash in the media as low numbers of actual arrests appear to support the argument (frequently made by supporters of the sex industry) that prostitution isn't a serious human rights problem, rather it is somehow exaggerated and fabricated by puritans.

In the seven years I have been researching and filming victims of sex trafficking much has changed, but some of the underlying myths and misconceptions still linger. Many still believe:

I won't refute those claims here, if you don't believe that these are myths please watch my documentary Tricked on Netflix or visit the 3 Generations website to wade through myth to find truth.

What has changed is a greater understanding, within the criminal justice system, of the true nature of the commercial sex industry. Many states now have Safe Harbor Laws (LINK) that protect underage youth from being prosecuted for crimes they do not have the legal right to commit.

Special task forces now exist to combat domestic human trafficking. State and Federal legislators are understanding the complexity of harm done to those who sell sex and are re-writing policy to focus on traffickers and those who feed the demand chain: the purchasers of sex, the johns.

In the fight to combat this human rights abuse, the best results are coming from communities that recognize collaboration is the key to success. In Miami-Dade County, when Katherine Fernandez Rundle, the State's Attorney, decided to adopt some of the same tactics used in combatting domestic violence, the results were impressive -- prosecutions mushroomed.

Since inception in 2012 her Human Trafficking team has clocked in over 340 convictions, a new facility has opened for rescued victims of trafficking and there are moves afoot to clamp down on hotels that rent rooms by the hour. This progress was achieved by collaboration across Miami-Dade county involving the FBI, the local police, Homeland Security, victims rights groups, shelters, survivors, local businesses, industry, community activists, colleges, schools, churches, synagogues and many more.

I support anti-trafficking efforts at the Super Bowl because I want the NFL to tackle the issue of sex trafficking full-on. It is time they made fighting sex trafficking one of their sanctioned pro-social issues. Time they move beyond the prophylaxis of "family values" and actually address the elephant in the room: the selling of children for sex. Remember the uproar over "Nipplegate" at Super Bowl XXXVIII? The accidental baring of a nipple was considered such an affront to family sensibilities MTV was investigated and fined by the FCC, and the Wall Street Journal called for the firing of then-President of MTV Judy McGrath. That very day, in Houston, as NFL fans were celebrating the Patriots' victory or marking the Panthers' loss, children were being sold for sex.

The documentary Tricked is distributed by First Run Features and available for personal streaming on Netflix. Over a dozen short films and videos including one about sex trafficking at the Super Bowl can be viewed at www.3Generations.org