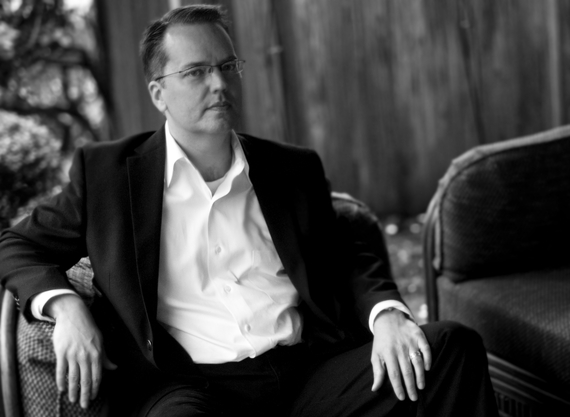 Since She Went Away, his sixth novel, features Jenna Barton, who receives a text from her best friend Celia Walters asking if she wants to meet at a local park at midnight. Remembering their high school days together, Jenna agrees to meet Celia, who never arrives.

Three months later, Celia's disappearance is the subject of intense media scrutiny. When Jenna's son Jared's new girlfriend also disappears, Jenna wonders if the two cases could be connected; and slowly, the truth about what happened to Celia begins to emerge.

Since She Went Away involves a woman who has gone missing. What makes a missing person such a fascinating topic for thrillers?
I think it's because, if there's been a murder, you can often figure out what happened. An investigation will uncover the cause of death, the length of time the person has been dead; and a certain amount of closure is derived, even though the victim is deceased.

But a missing person's case leaves a few wide open questions--the people left behind wonder if the person is dead or alive; or is being held in captivity somewhere; is there suffering? Or, did the missing person chose to leave?

In a missing person case, there's a horrible blank slate which makes for a great deal of rich material for a fiction writer.

Since She Went Away is written through the eyes of a woman and a fifteen-year-old boy. Did you find writing from these different perspectives challenging?
The experience of being a fifteen-year old boy or girl is universal in many ways. We all remember what it was like being a teen-ager in high school. The biggest challenge for me was integrating some of the surface details of being fifteen-years-old today. In the thirty years since I was that age, many superficial things have changed.

As far as writing from the point of view of a middle-aged woman, there too, despite the differences between men and women, there are universal similarities. People are people. Middle-aged people are generally dealing with many of the same issues. If I get into trouble with certain things--such as, 'Would a woman say or wear this or that?'--I can always go to my wife. My agent is a woman as is my editor, so I have plenty of help in that department.

Both The Forgotten Girl and Since She Went Away involve a missing loved one, family secrets and lies. Will you talk about these thematic trends in your writing?
I think families are complicated and provide a great deal of rich drama for a writer. Even the most loving and nurturing families have problems. There are always resentments, unresolved issues, and secrets. While we can feel secure and loved in families, they're also the people causing the most stress, anger and complications in our lives. I write about families because there's so much going on in any family, and being in a family is a universal experience. Even if you leave your family, you enter into some other form of family--a work family or friends. We never really leave our families behind; the influence is always there.

Tell us about your road to publication.
I was a reader, as were my parents. I read a great deal as a kid. When I was getting close to finishing college and trying to figure out what to do with my life, I thought of becoming a writer. That was the initial spark, but what I didn't understand was how long it takes to become remotely competent at it. And I didn't realize how long it takes to break in and be published. I started writing seriously in my twenties; had some short stories published in my thirties; but it wasn't until my late thirties that my first book was published. It's a long road.

I teach creative writing, and try to convey to my students how long and lonely a road it can be.

What has surprised you about the writing life?
I've been surprised by how much work it is.

I still have a day job as a college teacher, and publishing a book a year means there's always something else to do. As soon as I turn in a manuscript, someone is telling me to begin thinking about the next book; or the next revision; or the marketing campaign for the book. It's really a full-time job. And of course, there's always that quest for another idea for the next novel.

Speaking of ideas, where do your ideas for novels come from?
They come from many places: a news story, something someone has told me or that's happened to a friend or family member. It can be anything I observe--a couple in a restaurant arguing. I might not know what the argument is about, but I can begin imagining...I'll ask myself, 'What if?' And of course, some of it is crazy stuff I just think up in my head. It's like being a kid and playing 'make-believe' with action figures.

What do you love about the writing life?
I love the creative process--I love doing it. There's no reason to torture yourself with writing if you don't enjoy doing it. I love coming up with an idea; I like making the outline, sitting down and writing the book. Sometimes revision is painful but sometimes it's wonderful. I really do love the entire process. And I love the satisfaction of seeing the finished product. I also derive enormous pleasure thinking someone out there might pick this book up, read it, and enjoy it. I also enjoy being in the company of other writers and feeling I'm part of an entire conversation going on.

You're hosting a dinner party and can invite five guests from any walk of life, living or dead, real or fictional. Who would they be?
I'd want to have Abraham Lincoln there along with Shakespeare. I'd invite Eleanor Roosevelt and Martin Luther King. As for a fictional character, I'd love to have Odysseus at the dinner--he'd be someone who would have a lot of stories to tell.

Congratulations on writing Since She Went Away, a gripping and suspense-filled novel with plenty of eye-popping surprises.

Mark Rubinstein's latest novel, The Lovers' Tango was winner of the gold medal in the 2016 Benjamin Franklin Award for Popular Fiction