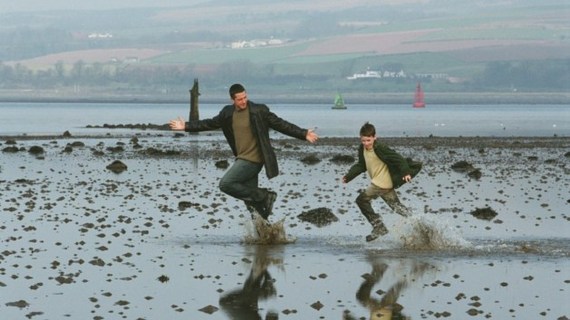 Note: This piece was first published by Luna Luna Magazine.

It's been five years since I visited Scotland, the home of my paternal ancestors, and it was far from the tartan-clad, bagpipe-playing, haggis-eating oasis I was half-expecting. That's because the Scottish stereotypes Americans buy into stem from the Highlands, and I spent the majority of my six weeks exploring the haunting city of Glasgow. But even when I hiked Scotland's tallest mountain, Ben Nevis, in the Highlands' Lochaber region, there was nary a kilt in sight.

Stereotypes are inaccurate, often exaggerated, representations of reality. "Stereotype," as we commonly use it today, first referred to a printmaking method popularized in the early 1800s. Whether seeing a print or hearing rumors about a place, neither experience compares to knowing original, in all its color. The tourist buys into the guidebooks and Hollywood depictions; the traveler recognizes and appreciates nuance.

Since I was in Scotland for a creative writing workshop, not simply vacation, I wanted to make a concerted effort to understand the subtleties of Scottish culture. Susann Cokal, the fiction profession on the trip, reminded us that good writing demands specifics. Finally visiting Scotland after all those years of soaking up the lore reinforced that impactful storytelling that is required of the traveler's sensitivity to people and culture. To parrot my VCUarts Cinema professor, Robert Tregenza, location matters.

In writing our screenplays, Tregenza advised us to choose the most fitting places for each scene. If during production, politics, finances, or logistics forced us to select a new location, we shouldn't simply settle for the most convenient alternative. We had to think strategically about how location would affect the story. Just as we had meticulously built our protagonists, antagonists, and story arc, we should make conscious choices about location. In any form of storytelling-film, fiction, poetry-location evokes a mood, which spurs an emotion, and emotion has power. When the story ends, emotion is (hopefully) what resonates.

Feeling nostalgic about Scotland, I recently watched "Dear Frankie" (dir. Shona Auerbach, 2004), which takes place in Greenock, a small fishing town about 45 minutes outside of Glasgow. The story is about nine-year-old Frankie, a deaf boy whose mother, Lizzie, constructs an elaborate lie about his estranged father. Lizzie tells Frankie that the reason he's never met his father is because he's a sailor whose life is full of sea-faring adventures. She keeps the lie going for years by writing Frankie fake letters addressed from his father and sending him stamps from his travels. Then, one day, Frankie learns that his father's ship, which Lizzie didn't realize was real when she picked the name, is scheduled to dock in Greenock. When Frankie asks Lizzie to meet his father, she has to make a crucial decision: Does she continue the lie or finally tell her son the truth?

"Dear Frankie" is my favorite movie about Scotland, with "Trainspotting" (dir. Danny Boyle, 1996) coming in a close second. Location certainly is a factor in both films, but it's not just because I'm enamored of Scotland. It's because the location feels as fully present as a character, one who merits the viewer's investment.

Watching "Dear Frankie," the viewer cannot forget the location. Nautical motifs are central to every scene, sometimes in ways that only Frankie, an imaginative boy, seems to see. Out of respect to the sea creatures he constantly draws and reads about, Frankie is a vegetarian. In some places, that might not be much of a sacrifice, but it's a hard lifestyle for any Scot to maintain when fish and chips abound. Then there's the infamous Scottish weather. Greenock's drab palette symbolizes the cloud of fear, confusion, and guilt constantly hanging over Lizzie. Even though she knows it's wrong to keep lying to Frankie, she says reading his letters is the only way she can hear his voice. Yet, with the sounds of the sea ever-present in the background, the viewer knows the day of reckoning is near.

One of the beautiful things about cinema is that it gives us insight into other cultures without ever boarding a plane. It gives us a chance to connect with people we've never met in a place we've never been in an era we've never known. It helps us develop compassion. Had I watched "Dear Frankie" before studying in Scotland, I would've had a much more authentic reference point for the Scottish people than, say, "Braveheart" (dir. Mel Gibson, 1995). Could "Dear Frankie" have taken place in a different location? Yes, but only if that location had been so artfully developed, formed from the dust with all the intention God had in making Adam-not the Adam of "Young Adam" (dir. David Mackenzie, 2003), though that's another fine film that takes place in Scotland. There, the location is the River Clyde. But I'll let you meet that character yourself.