Singapore earned the number one spot on Lonely Planet's list of the top ten countries to visit in 2015. Alongside this victory, Singapore is also emerging as a force to be reckoned with in the world of art. Identified as one of the "Art Cities of the Future," Singapore has pursued various public programs to cultivate the arts to become the reigning art hub in Asia. The colonial-era Gillman Barracks were restored and opened in 2012 as an art enclave housing top international galleries, and the brand-new National Gallery Singapore is expected to open this year.

Alongside larger government initiatives, the local art scene in Singapore has been experiencing its own boom, characterized by a more homegrown brand of creativity. Locals looking for an alternative to the hypermodern cityscape are seeking out authentic experiences and finding ways to infuse artistic life into their community. In partnership with Singapore Tourism Board, we have checked out these four neighborhoods where you can experience art like the locals do.

1. Kampong Glam: Where The Locals Color Outside The Lines 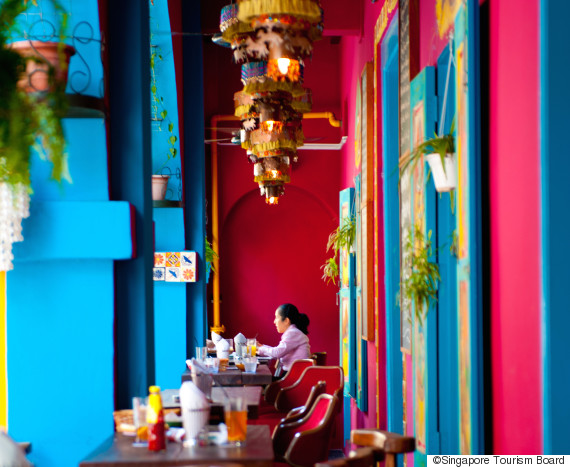 Some history: As Singapore's Malay-Muslim quarter since the 1800s, Kampong Glam teems with vibrant traditions and, of course, lots and lots of color.

The scene: A little more groovy than glam, the Muslim district -- especially the stores along Haji Lane -- provides a refreshing refuge from the more polished retail outlets on Orchard Road. 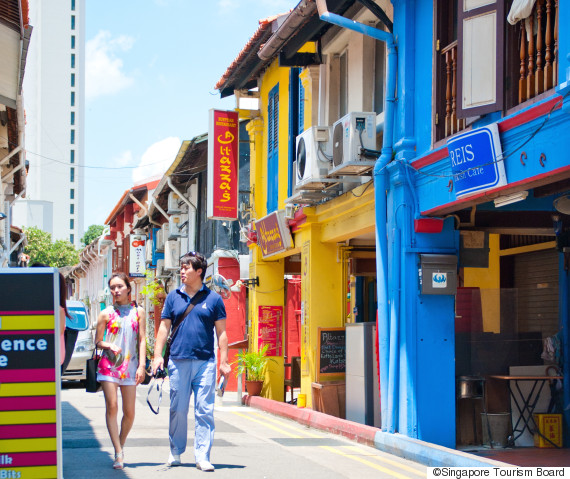 Haji Lane has emerged as the trendy, go-to destination (think New York's Meatpacking District) for locals who prefer to wear their art. Quaint boutiques like The Blog Shop and Know It Nothing offer made-in-Singapore fashions from local designers. 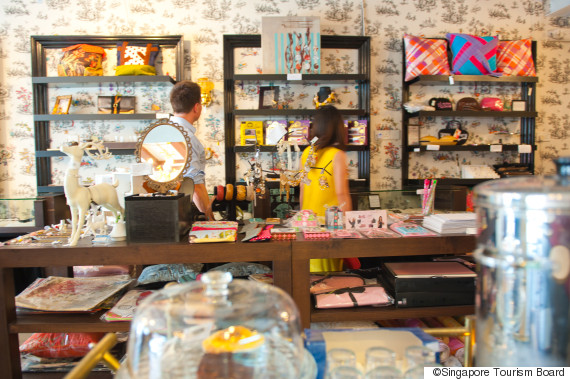 With their colorful facades and bold, stylized murals, the buildings along Haji Lane are artistic statements in their own right. Unlike graffiti, the area's street art was privately commissioned by store owners and has helped to lure locals craving color and authenticity back to this once-sleepy street. 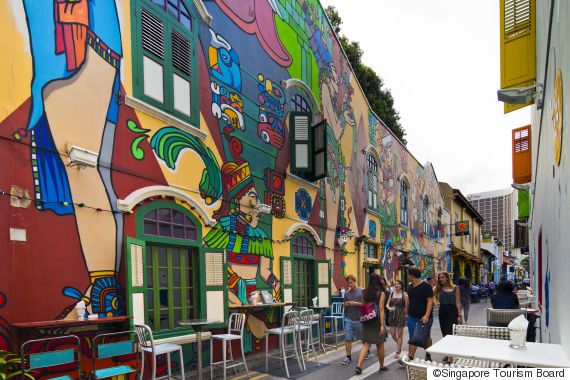 While you're in the neighborhood ... For those who like to eat their art, head over to I Am... Cafe, a halal bakery where the local flair for color finds form in not just its famous Rainbow Cake, but also in an innovative Rainbow Crepe! 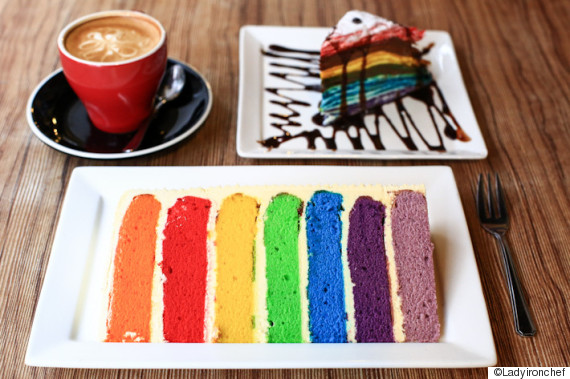 2. Tiong Bahru: Where The Locals Find Art In A Coffee Cup 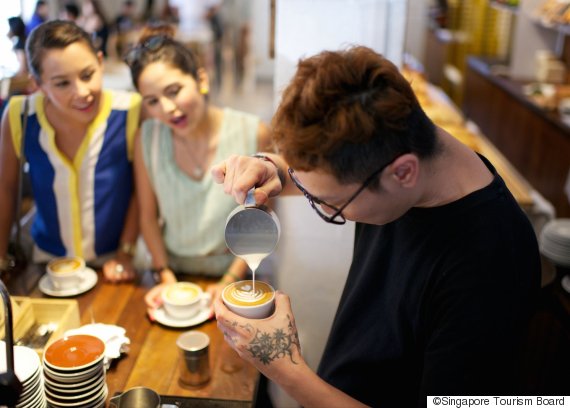 Some history: Tiong Bahru, the first housing estate in Singapore, was once referred to as "Mei Ren Wu" (meaning "Den of Beauties") because men housed their mistresses in its quaint, art deco–style apartments. The neighborhood retains an Old World charm but has gentrified in recent years to become Singapore's hipster hotspot.

The scene: To serve the hipsters and creatives who flock there from the hustle and bustle of city living, Tiong Bahru is equipped with the ultimate in coffee shop culture. At Forty Hands, one of the first boutique shops to revamp the neighborhood, locals sip caffeinated creativity in the form of strong, Aussie-style flat-whites served with impressive latte art designs. 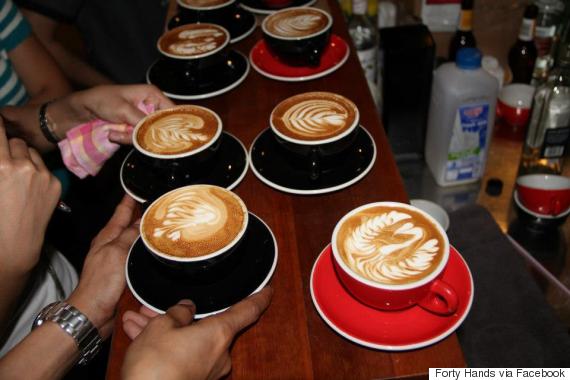 The Orange Thimble is another cafe where coffee meets art, with rotating exhibits of local artists' work on display to enrich your daily coffee run. 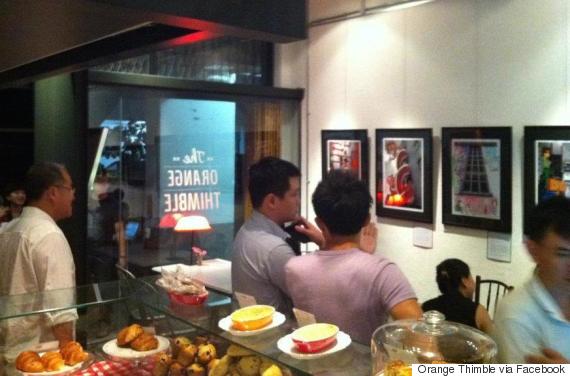 And what's coffee without a good book? Books Actually is the essential destination for locals mourning the disappearance of the independent bookstore. Set up as an intimate, almost art gallery experience, Books Actually has a backroom for retro items, like typewriters and old Atari joysticks, and publishes local literature under its own label. 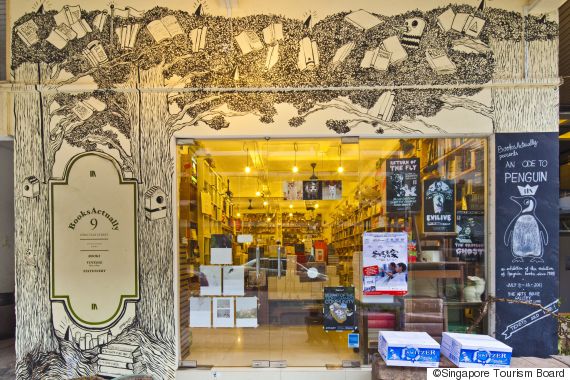 While you're in the neighborhood ... Stop by the Tiong Bahru Bakery for the best croissant in Singapore!

3. Jalan Besar: Where The Locals Scoop The Next "It" Scene 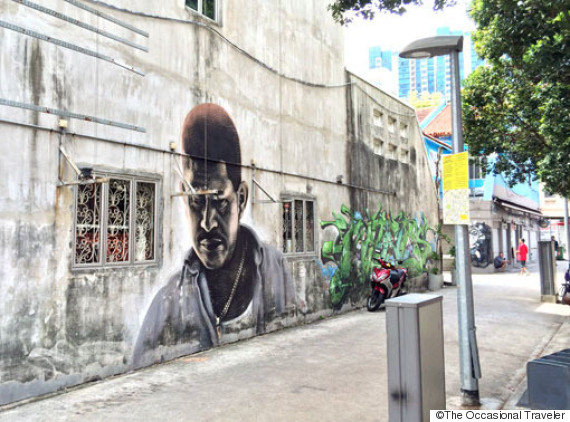 Some history: Once desolate swampland, Jalan Besar saw the rise of shop houses and factories after World War I. Recently, it has been transforming into a hipster hotspot, set to challenge Tiong Bahru for the reigning title.

The scene: As the up-and-coming hipster 'hood, Jalan Besar is also serious about its coffee. Among the original venues to push the area's trendy transformation, Chye Seng Huat Hardware is a concept cafe housed in a converted hardware store; its open island bar is perfect for observing baristas taking the art of coffee to new heights. 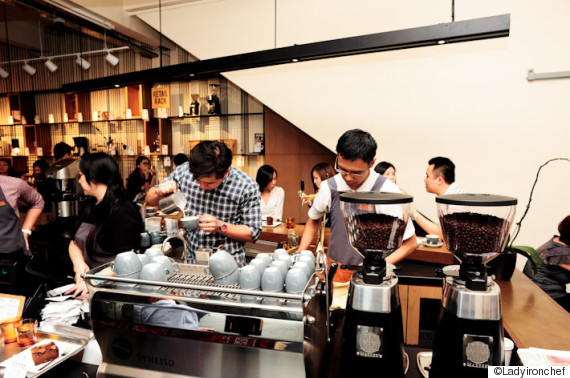 Speaking of bars, the 1925 also explores the art of brewing. The brand-new microbrewery and restaurant is bringing its house-brewed craft beers to the hipster scene in Singapore. 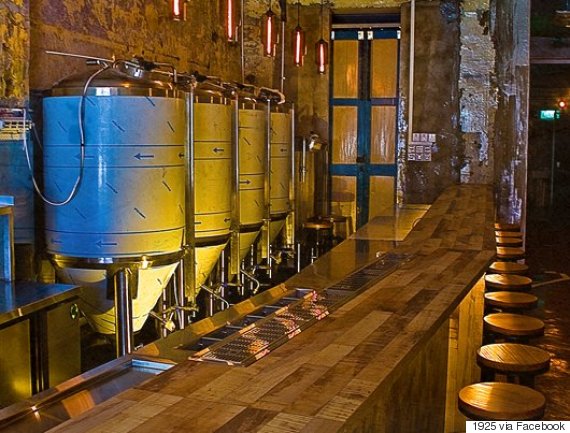 After soaking up the liquid art scene, experience a more literal interpretation and stop by the At Ease Gallery for affordable, eclectic pieces from local, up-and-coming artists. As Singapore's first local artist colony, the Artists Village is another way to experience authentic, local artwork. 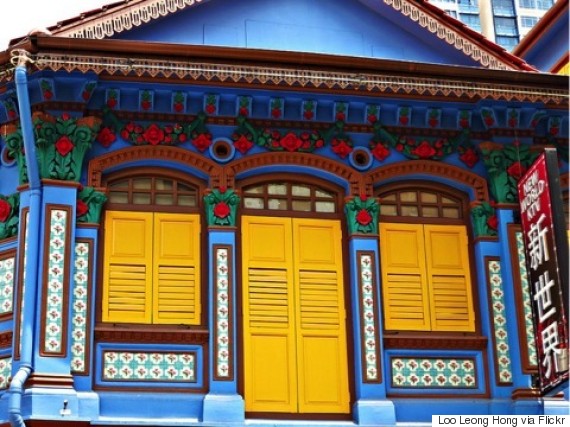 While you're in the neighborhood ... Check out the Jalan Besar Stadium, because sports are cool, too. 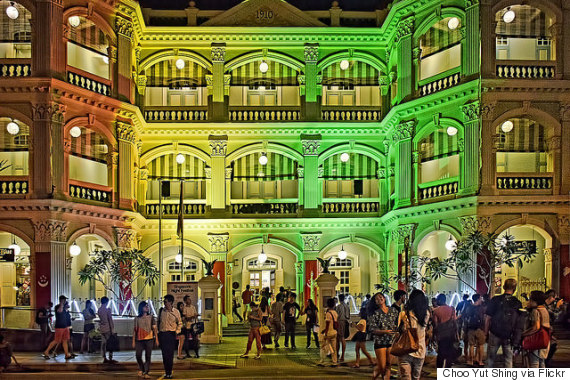 Some history: The three Bs is one of Singapore's oldest districts, once designated as the European part of town. Nearby Bugis Street -- named after a group of Indonesian islanders -- has a more colorful history: it was a frequent haunt for sailors and transvestites before a crackdown in the 1980s.

The scene: Bras Basah demonstrates how old meets new in the Singapore art scene. Best known for its grand national museums and monuments, the district hosts the annual Night Festival where the facades of these historic buildings come to life with interactive light installations and aerial performances. 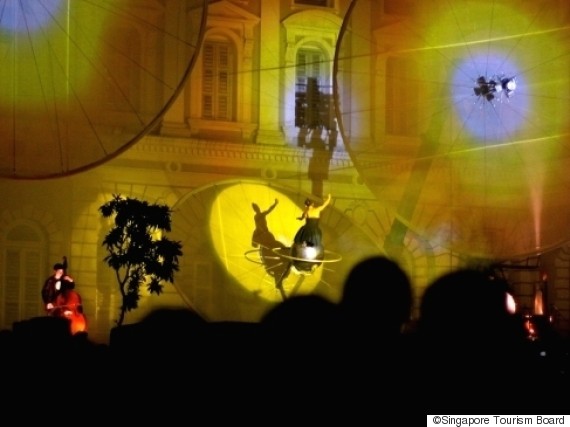 The walls also take on new life with the street art in and around the area. The RSCLS, a local urban art collective, creates international collaborations on Queen Street, constantly updating a private building facade to react to the now in Singapore. 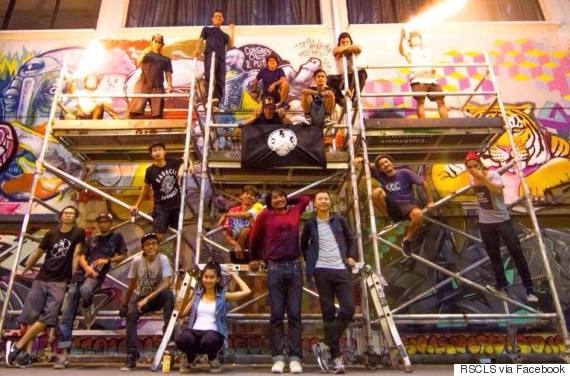 Street art sensation Ernest Zacharevic has also made his mark in the area with street art along Victoria Street that has become a must-see in the contemporary art scene in Singapore. 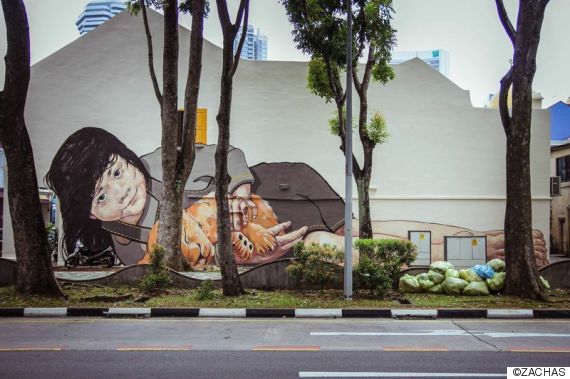 His work reflects a spontaneous reaction to the environment, capturing the Singapore community as he directly experienced it. 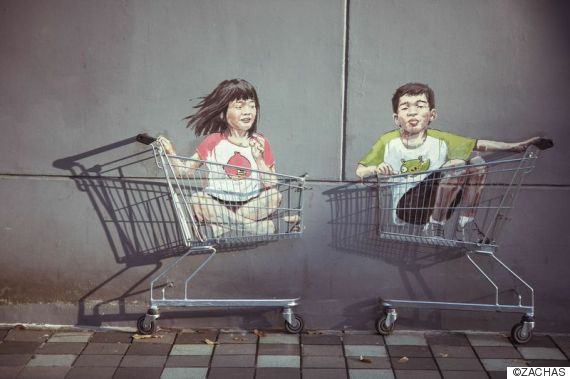 While you're in the neighborhood ... Stop by the Substation, an edgy venue that hosts experimental performances and exhibits from local artists. Contemporary art not your thing? Sneak past into the adjoining bar Timbre, featuring live music from local bands.

Explore Singapore and its booming art scene in person and plan a trip with the help of Singapore Tourism Board.