SINGAPORE -- Under the late Lee Kuan Yew, Singapore -- which this week is celebrating its 50th anniversary as a nation -- was unabashedly a hierarchical society. When asked if Singapore was a nanny state, he replied that, if it were one, he was proud to have fostered it. But he also knew that Singapore society was entering a new phase.

In November 1990, Lee Kuan Yew stepped aside to let Goh Chok Tong take over as prime minister. The state retreated a little; controls were carefully loosened; greater diversity was tolerated if not selectively encouraged. As minister for information and the arts, I was happy to push some boundaries -- censorship, use of dialects and Singlish, greater emphasis of pre-PAP history and promotion of our diverse ancestral heritage. These were all sensitive issues and I had to manage senior cabinet colleagues artfully. A speech I made about the need to prune the banyan tree in order that civic participation could flourish resonated with many Singaporeans. Pruning the banyan tree means cutting down hierarchy. Letting more sunlight through enables the social network to be better energized.

Pruning the banyan tree means cutting down hierarchy. Letting more sunlight through enables the social network to be better energized.

Diversity causes tension. In hierarchical societies, diversity is frowned upon because it makes top-down organization more difficult. Standardization improves efficiency but it also leads to oppression.

Many years ago, the late Cardinal Jan Schotte told me this story about Pope John Paul II, whom he served as the secretary of the Synod of Bishops in the Vatican. Drafting a speech for the Holy Father, Cardinal Schotte inserted a sentence for the pope to say that "despite our differences, we are one." John Paul II gently chided him and replaced "despite" with "because of." "Because of our differences, we are one."

The particularity of the individual is sacrosanct. Each of us is unique; each is ultimately responsible for his own life. The correction by the pope was not of style but of deep principle. Diversity is not to be merely tolerated; it is to be celebrated. For those who believe in God, every human being carries a divine imprint which unites us. For Confucianists and atheists, every human being has a moral core which also makes us one. We may disagree over man's spiritual nature but there is something deep in all of us, probably encoded in our DNA, which bows before the ideal of human fraternity and which is moved by the cries of a child. This, of course, has not stopped slaughter over religious beliefs. Unity in diversity is easy to say. Living it requires a daily examination of conscience.

I recounted Cardinal Schotte's story to a group of young supporters who were helping me raise funds for a public sculpture by a lake in my old political constituency. They were inspired and designed a badge with the pope's amended formulation (see illustration below). In their enthused response, I draw hope for Singapore's future.

Singapore is only what it is because it is diverse. There is one requirement to being Singaporean: a new citizen has to enlarge his heart and broaden his mind to embrace those who are different from him.

Singapore is only what it is because it is diverse. As a member of Parliament, I regularly officiated at ceremonies to welcome new citizens. Invariably, my speech made the same point. Although Singapore does not recognize multiple citizenships, we encourage new citizens to maintain old links and cherish their ethnic and religious heritage. Singapore is enriched by their addition and our international network enhanced. However, there is one requirement to being Singaporean, which is this: a new citizen has to enlarge his heart and broaden his mind to embrace those who are different from him. In other words, being Singaporean means becoming a bigger person even though Singapore is a small country. Needless to say, those of us who are already citizens should also manifest this same largeness of mind and spirit. 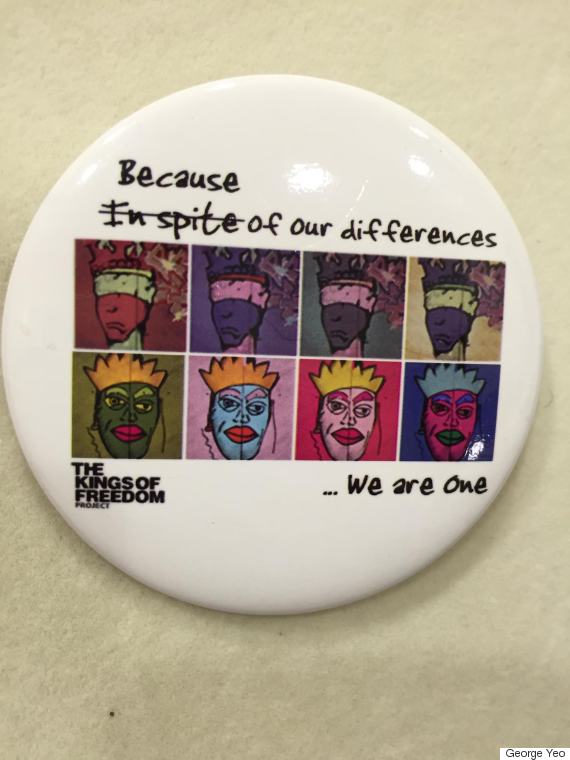 As a small country, we should always have modest views of ourselves. Foreigners may compliment us for our achievements but sometimes these are just words of courtesy. In the 1990's a Singapore businessman was told that a Shanghai leader, who was a member of the Politburo of the Central Committee of the Chinese Communist Party, described Singapore as a bonsai to a visiting U.S. cabinet secretary.

My businessman was most offended by the remark. Did he think that Singaporeans were incapable of doing big things? I understood my friend's reaction but did not feel quite the same way. After all, it is not easy to grow and maintain a bonsai. Some bonsais last a long time and they can be very valuable. With the spirit of Ah Q, I also told myself that if a Chinese leader considered the Singapore bonsai though small to be of the same stock as the Chinese people, that is a great compliment to us since China is a great country. From then on, when talking about Singapore's relations with China, I would describe Singapore as a bonsai, which is of occasional interest to China because of genetic similarities.

Singapore also shares genes with Malaysia, Indonesia and India. When President Habibie, in a moment of anger, dismissed Singapore as a little red dot, Singaporeans started wearing that little red dot as a badge of pride. This, strangely, has endeared us to many Indonesians. But it is an Indian friend who sized us up (or down) most accurately.

During his first term as chief minister of the southern Indian state of Andhra Pradesh, N. Chandrababu Naidu compared the workings of Singapore to nanotechnology. Yes, we are small but we pack a lot into a tiny space and are able to network Singapore to the entire world.

Singapore is not intelligible in itself. Its economy, culture and politics can only be understood in the context of the region it serves. Singapore is only one node in a dense network of many nodes. Whether the Singapore node grows or shrinks depends on the health of the network and our ability to link up with other nodes and add value. Our diversity is therefore a great strength.

Whether the Singapore node grows or shrinks depends on the health of the network and our ability to link up with other nodes and add value.

Joel Kotkin describes Singapore as a home for many tribes. This enables us to arbitrage across cultural domains. Indeed this arbitrage is at the heart of our economy and foreign policy. As minister for information and the arts, trade and industry, and foreign affairs, I devoted considerable time to the development of our cultural connections because they underlay our economic, political and social life. These efforts also brought me closer to the many minority communities living in Singapore.

Diversity is, however, also our vulnerability. Every channel which connects us to the outside world also brings infection. Maintaining Singapore's integrity and security is therefore a continuing challenge. Two conditions have to be met for a city-state to be independent. 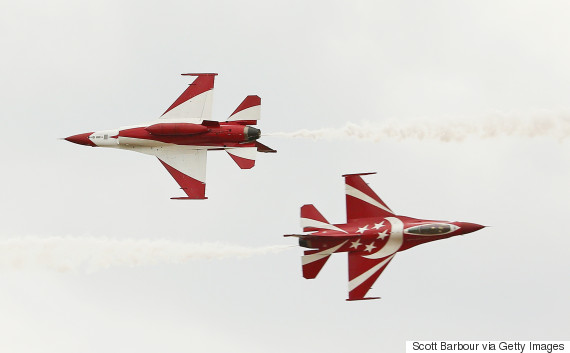 First, its foreign policy has to be nimble to adjust to a shifting external balance of power. Second, the citizenry must be united in its common defense against external subversion and aggression. The external and internal equations have to be solved simultaneously. Only when Singaporeans feel secure about their own place at home can they turn outwards and do big things together. I spent 16 years as a soldier, first in the Army, then the Air Force and, finally, in the Joint Staff. The Singapore Armed Forces is a well-equipped and well-trained militia. Its fighting ability is completely dependent on the unity of diverse Singaporeans and their commitment to a common, righteous cause. By being prepared for war, we are more likely to have peace. It is better not to be put to the test.

Keeping the Peace in Asia

If we can maintain peace in Asia for another 10 to 20 years, the region will be transformed beyond recognition and become a powerhouse of the global economy. While trials of strength are inevitable, Sino-U.S. relations are unlikely to deteriorate too badly. Even when China's economy overtakes that of the U.S. in size, the U.S. will remain the dominant military and political power in the world for decades to come. American popular culture has already taken over the world.

Unlike the U.S., China is not a missionary power. So long as it is able to maintain its own political and cultural universe within, China has no ambition to compete with the US for global supremacy without.

Between China and India, they are more likely to cooperate than to fight. Except for a minor border war in 1962, which has been largely forgotten in China, the long history of contact between them has been peaceful. Each recognizes the other as an ancient people.

A Light to the World

I have the privilege of joining Amartya Sen, Wang Gungwu and others in reviving an ancient Indian university in the state of Bihar. For centuries, Nalanda was a great university attracting students from different parts of Asia, the most famous being the two great Buddhist monks from Tang China -- Xuanzang and Yijing. It was from the records of these two monks that India recovered a large chunk of its own history. 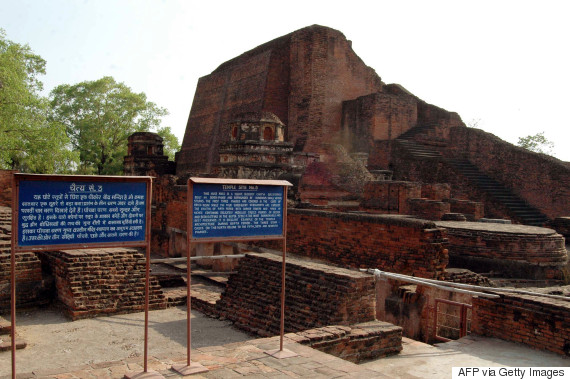 Nalanda was a light to the world and, hopefully, it will be again, promoting the philosophy of man living in harmony with man, man living in harmony with nature and man living as part of nature. This ideal is not only desirable today, it is a necessity. The greatest danger in the age we live is technological development racing too far ahead of man's moral development. We need men of goodwill coming together from all directions to reflect on the moral challenges of our times and help point the way forward. Nalanda can provide one such meeting place. I hope, Singapore, another.

This article is adapted from the introduction to "George Yeo on Bonsai, Banyan and the Tao." (World Scientific Press, 2015)

The Duke and Duchess of Cambridge in Singapore