The ancient city of Norcia in central Italy is known for its wild boar sausages and black truffles, but now it’s known for something else: Its singing monks.

“We sing the praises of God nine times a day. So if you add all that up, it’s probably five hours every day, rain or shine, 365 days a year,” said Cassian Folsom, the American-born priest who leads St. Benedict’s Monastery in Norcia.

People no longer need to travel to this birthplace of St. Benedict to hear the monks, because their chants and hymns are on a CD that’s topped the Billboard charts this summer in classical, traditional music.

“There’s a great hunger and thirst that people have, even non-believers, for something or other which they generally call spirituality,” said Folsom, 63. “If the CD can respond to that need, then we’d be very pleased.”

Across the USA, such monastic music is experiencing a renaissance. The Benedictine Sisters of Mary Queen of Apostles from Gower, Mo., topped the Billboard charts three times in the past two years with their recordings. The Dominican Sisters of Mary from Ann Arbor, Mich., released a CD. And an increasing number are celebrating milestones with CDs, such as Mount St. Scholastica Monastery and St. Benedict’s Abbey, both in Atchison, Kan., for their 150th anniversaries.

The gentle tones of a Gregorian chant — and the many voices singing as one — creates a calming, ethereal quality that at its core is not a performance — it is prayer.

“You have to believe in what you’re singing,” said Folsom, who studied voice at Indiana University when he felt the call to life in a monastery.

The monks’ CD, Benedicta, is music based on Scripture, especially Psalms and the life of the Virgin Mary, plus passages from the 1,500-year-old guide for monastic living, The Rule of St. Benedict.

“Some of these are very, very dear to us and very familiar prayers,” said Basil Nixen, 33, an Arizona-born priest and choirmaster of the monastery. “I simply hope that the beauty, the order and the peace of the music will lead all who listen to it to seek the source of that peace.”

Christopher Alder, a Grammy-winning producer from England, traveled to Norcia to oversee the recording sessions.

“The chant that we record means something to them,” Alder said. “You can hear that in the sincerity of their singing. It does have something in the best sense that’s hypnotic, or meditative. It has something eternal to it.”

Although Norcia is a centuries-old city nestled beneath the mountains of Umbria, no monks had lived there for nearly 200 years — until they moved back 15 years ago.

In the early 1800s, the monks were evicted under Napoleonic laws in a wave of anti-clericalism. About 15 years ago, nearly everyone in the city — about 5,000 people — signed petitions asking the global leader of the Benedictines to bring them back.

“The townspeople, they look to the monks if they have problems, if they want to talk to somebody about their family life,” Folsom explained. “To have the monks back after almost 200 years helps to complete the identity of the town.”

The monks also have to be self-supporting, so when they aren’t praying or singing, they brew beer — called “Birra Nursia,” the Latin name for the city.

They learned brewing secrets from Belgium’s Trappist monks, who are famous for their ales. A renovated garage below the monastery serves as a brew hall and the basement as a bottling room. Five monks are assigned to a “brewing team,” but all the monks work shifts at bottling time.

Birra Nursia was served at the papal conclave in 2013 that elected Pope Francis. And yes, the Norcia monks occasionally toss back a few cold ones.

The beer is more of a “drawing card for evangelization” than the music, Folsom admitted.

“Even if people are not churchgoers, everybody likes to drink beer,” he said. “So they come to the monastery for the beer and pretty soon they start talking about other things, other more important things.”

That matters to Folsom. The monk was recently diagnosed with a recurrence of cancer, multiple myeloma, which he first battled in 2006 and thought he had beaten. It’s currently in remission again, but he has been told it could return and may be fatal the next time.

“As anybody who is diagnosed with cancer, it changes your life,” he said. “I think it’s given me greater patience, greater tolerance.”

His diagnosis has also brought him closer to the people of Norcia.

“Anyone nowadays who gets diagnosed comes to me, because there is an immediate kind of bond,” Folsom said. “So what it has done, aside from the acceptance of death, is makes me more compassionate to those who suffer similar things.” 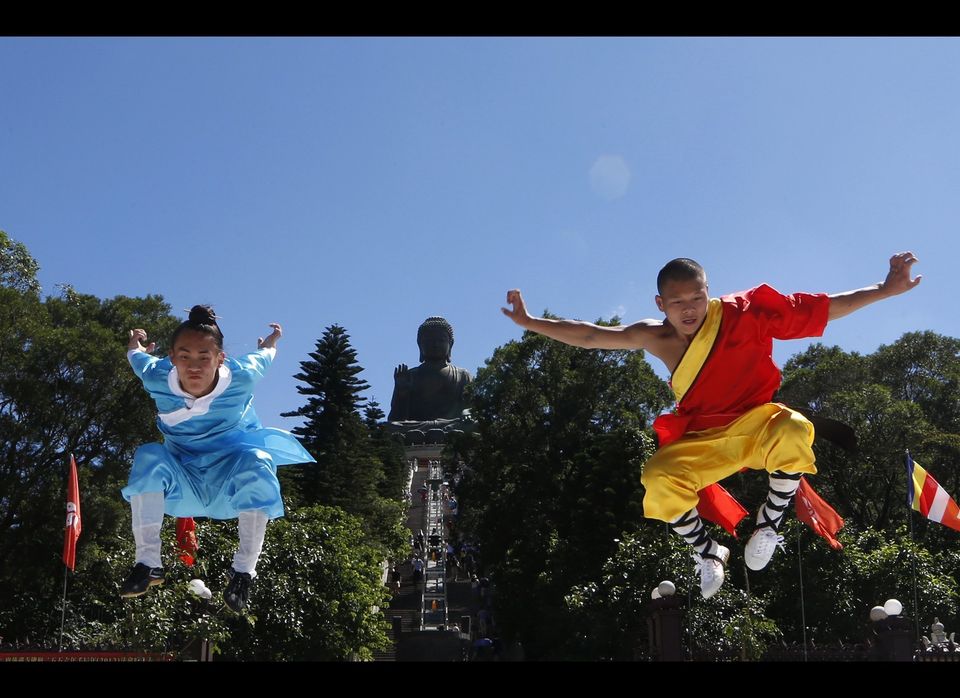