Has the cell phone replaced the teddy bear to keep singles warm at night? Apparently so, as the need to sleep with or near your mobile phone is on the rise. No longer for emergency purposes, the cell phone now plays a key role in dating and relationships 24 hours a day.

From flirting to breakups, and texting to talking, a survey of 1500 singles aged 21-50 commissioned by online dating sites JDate and Christian Mingle provides a wealth of data about the relationship between mobile phones and dating.

Read Dating in a Texting World 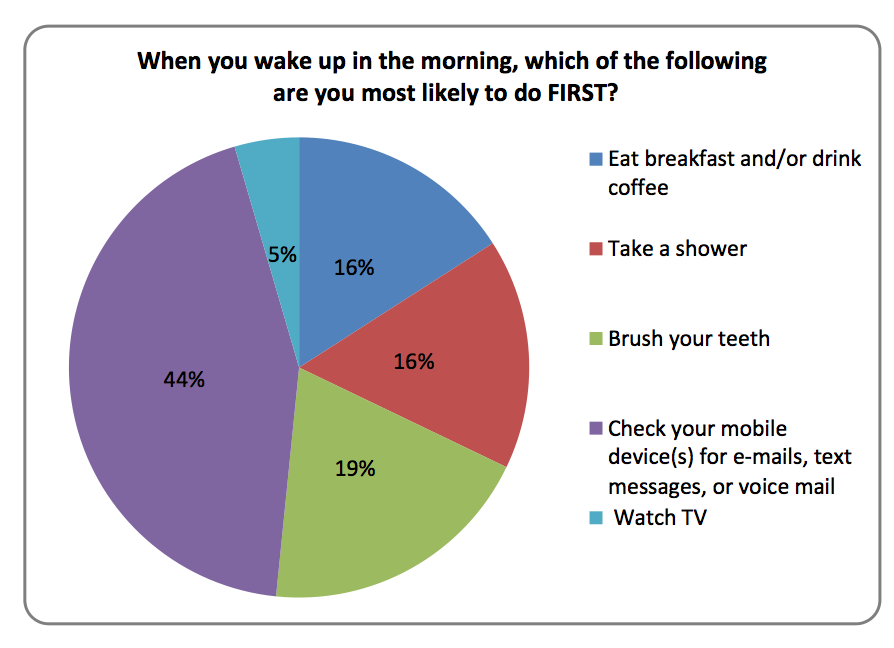 While this behavior was related to FOMO (fear of missing out), taking it a step further, 25 percent of singles 21-26 keep their phones in bed with them and over 2/3 of singles keep their mobile phones within at least an arm's reach of their bed. It's alarming that this so-called addiction results in 16 percent of singles actually texting while having sex. While the study didn't dig deeper to determine if single sent text messages during foreplay or in the afterglow of lovemaking, one thing is for sure; the mobile phone is the number one accessory of choice.

While this news shouldn't be alarming, I dug a little deeper and read that last year, the Los Angeles Times reported on this trend, and there's actually a name for this mobile phone anxiety disorder -- Nomophobia. Until today, I hadn't heard of Nomophobia, but it's a behavioral disorder for those who can't be without their mobile phones without causing extreme emotional stress.

As one who changed my phone from an iPhone 4s to the iPhone 5 the day it was released to avoid the stress of extreme battery loss, this data doesn't surprise me at all.

In the Los Angeles Times story, questions were asked including:

Do you feel anxious if your cellphone isn't nearby?

Does just the thought of losing your phone make your heart pound?

Do you keep an extra phone on hand, just in case your primary phone breaks?

Do you sometimes take it to bed with you?

If the answer to any of these questions is yes, then you may be a nomophobe, and you are not alone.

So as singles continue to struggle with dating etiquette and response times for text messages, one thing is for sure, the rules are constantly changing and mobile technology and mobile dating apps are accelerating the pace and causing an increase in anxiety for many.

Do you sleep with your mobile phone in bed with you or close by?

Your comments are welcome.

Julie Spira is a top online dating coach and netiquette expert. She's the author of the bestseller, The Perils of Cyber-Dating and is writing her second book, The Rules of Netiquette. Julie hosts Mobile Dating BootCamps and Online Dating BootCamps for singles on the dating scene. Visit CyberDatingExpert.com and RulesofNetiquette.com for online dating and netiquette advice and follow @JulieSpira on Twitter.