A team of IBM scientists--known for capturing the first close-up image of a single molecule in 2009--now have revealed incredibly detailed microscopic images that show the individual chemical bonds between atoms.

How did they get such remarkable close-ups? Using an atomic force microscope, the scientists were able to capture two images, using two different contrast mechanisms. These images not only illustrate the structure of individual nanographene molecules but also how atoms are bound together.

The research, which published in the Sept. 14 issue of Science magazine, is significant in furthering the study of graphene devices, which could potentially be used to replace existing technologies like microchips. The findings may also contribute to research tracking the paths of electrons during chemical reactions.

"We found two different contrast mechanisms to distinguish bonds. The first one is based on small differences in the force measured above the bonds," IBM scientist Leo Gross said in a written statement. "The second contrast mechanism really came as a surprise: Bonds appeared with different lengths in AFM measurements. With the help of ab initio calculations we found that the tilting of the carbon monoxide molecule at the tip apex is the cause of this contrast."

The multi-colored images show the length of the atomic bonds along with the density of electrons --so darker spots reveal the densest part of the molecule. Pairing length and density together, scientists are able to determine the types of bonds and what chemical reactions are taking place within the molecule.

Earlier this year, IBM scientists captured the first single molecule images that showed how an electric charge is distributed. Now their most recent images further this research and mark an important step in nanoscale physics. 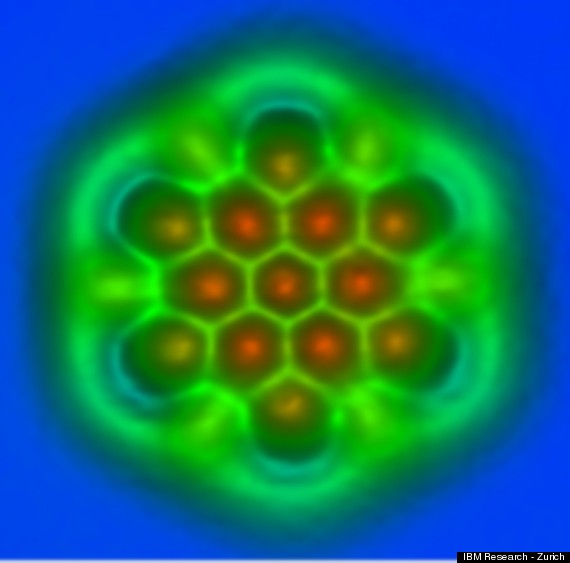 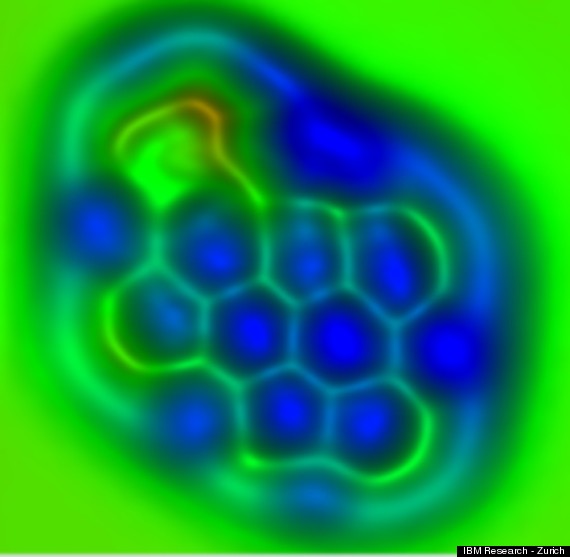