When my boyfriend left in the middle of the night, thus ending our six-year relationship, I thought my life was over. My ex and I had shared an apartment, family obligations, finances, arrangements to start a family, cookery, linens, a Netflix plan and an art collection. On Saturday nights, we'd lie on the couch grooming each other like baboons and feed each other ice cream. We'd settled into comfortable domesticity -- punctuated by the dysfunctional arguments that tore us apart.

As a tutor for young women, (one of my many jobs during our relationship) I liked to think of myself as a mentor. I'd try to empower adolescent girls by telling them: "Don't project your hopes and dreams onto someone else. Direct that energy inwards." Unfortunately, my personal life completely belied this sentiment. Deep down I knew this, and the tension of acknowledging and denying the truth of the situation only added to my misery. It didn't help that the majority of my girlfriends were also coupled up, and my computer bombarded me with messages like Kim Kardashian: Devastated to Be 30 and Single. I mean, if Kim Kardashian was devastated to be a single gal over 30, what hope was there for the rest of us? (P.S. Kim's fairytale wedding to Kris Humphries aired on TV before her October 21st birthday, when she turns 31.)

Well, I'm over all that. I can truly say that I'm happier now, as a single woman in her 30s, than I was before. I know what you're thinking. Here comes another article regurgitating the "Sex and the City" notion that today's women can have sex like men and delight, utterly, in being unhitched; another article failing to perceive that underlying the Carrie Bradshaw fiction is another cliché: that behind her happy-go-lucky (thanks, Holly Golightly) façade lives a pathetic single woman facing the big 4-0 like it's the guillotine. With both of these cultural myths in mind, I'd like to share some reasons why a woman in her 30s really can be single and fabulous:

PHOTO GALLERY
Why Being Single & 30 Rocks

I'm not going to lie, there are moments of self-doubt and evisceration, loneliness and envy of my paired-up pals. But, there are also moments filled with clarity, where I can reflect upon why I tethered myself to an unhealthy relationship just to avoid being single at "a certain age," and how much richer my life has become in the aftermath.

Is female George Clooney Syndrome likely to become a booming trend? Not likely. It's nearly impossible live in American and not buy into the idea that love, romance, and marriage are the ultimate source of happiness, especially for women. It's also true that I had to be jilted to arrive at where I am now. But I no longer think of myself as having an expiration date, and I no longer think that love or romance or marriage have to follow any particular formula. So with that, foregoing the lyrics to the wildly popular Cee Lo song (though, jeez, it's tempting to belt them out), I'd like to sincerely tell my ex, THANK you!

I Never Thought I'd Be Single In My Thirties. It's Pretty Awesome
Why Being Single & 30 Rocks 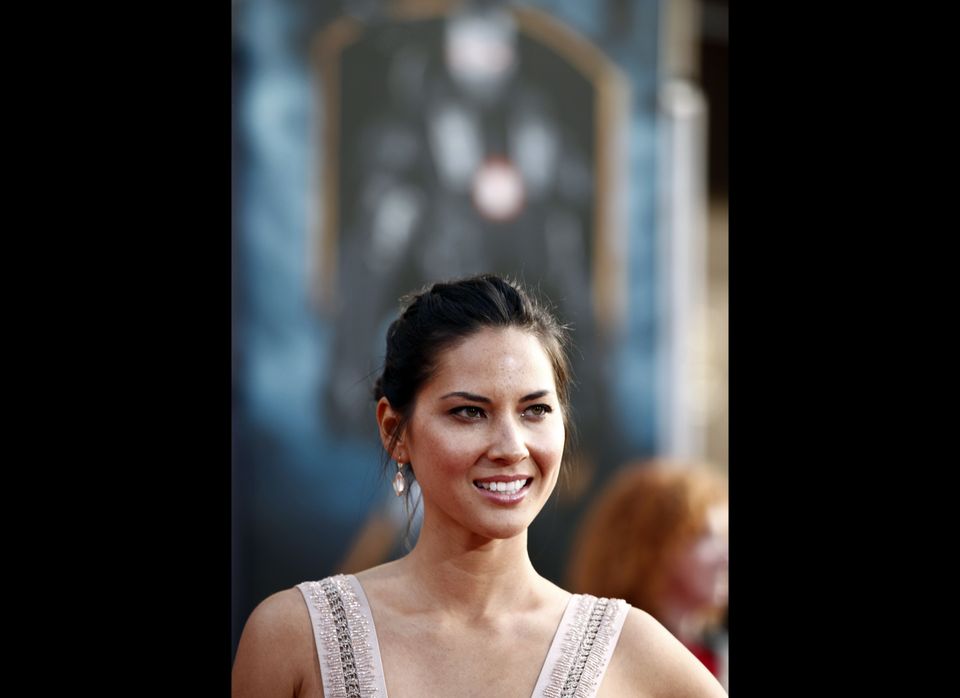 1 / 6
You Are Far From Dead
As educated and feminist-minded as I was, I, like KK, found the prospect of being over 30 and single terrifying. Of course this notion is completely irrational. Then I read something Olivia Munn said recently, "<a href="https://www.huffpost.com/entry/olivia-munn-talks-daily-show-backlash_n_970471" target="_hplink">I don't think women should be ashamed about their age</a>. That anxiety is wasted energy ... If I stop having birthdays, stop being older...well, I guess that means I'm dead." So true.
AP