WASHINGTON -- You have to give Ceiba points for creativity for not letting a minor thing like a 15-foot-deep sinkhole stand in the way of a good time.

The Latin-American restaurant sits just one block away from the downtown D.C. sinkhole's 14th and F location. Rather than lament about how a massive hole in the ground could be bad for business, Ceiba first joked about the crater:

Some say that Washington is a #sinkhole of inefficiency. We didn't think it would come true. #OpenForLunch

And then, the Sinkhole De Mayo was born. 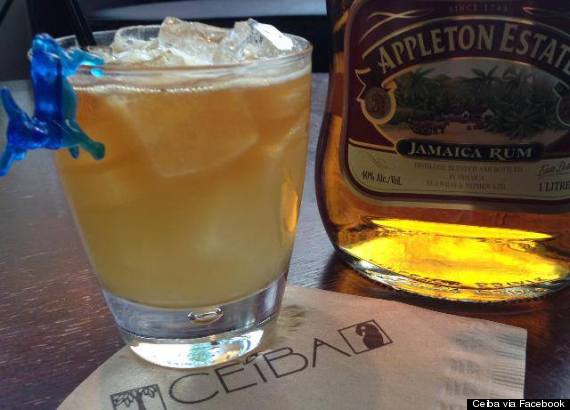 A combination of Appleton VX Rum, house made sour mix, pineapple juice and a shot of grenadine (which "sinks" into the cocktail -- get it?), the Sinkhole De Mayo is available Wednesday through whenever the sinkhole gets fixed for just $5.00.

"More than a chance to throw one back, this fun cocktail is helping Ceiba bring in business that they may have lost from the sinkhole and subsequent road closures," a rep from Ceiba said.

Fair warning: Don't even try to drive to the restaurant to sample the Sinkhole de Mayo. As of Wednesday evening, traffic was still a mess around the 14th and F intersection and many roads were closed to automobile traffic.