When 79-year-old Susan Minutillo left her home in Hudson, Florida, on Thursday morning to run an errand for a friend, she didn't expect to return and find half her home destroyed. Not that she should have.

A sinkhole appeared under her house at 3 p.m., and a mere 45 minutes later, writes the Tampa Bay Times, half the dwelling had been swallowed by the earth.

Adding insult to injury, WFTS reports that Minutillo had recently hired a crew to evaluate her property for sinkholes. Workers were at her house for exactly that purpose as the structure started to collapse.

"You just look over there and the whole back end of the house flipped down into the hole," said Minutillo's neighbor, Mike Richards, to Fox 13.

Bay News 9 describes the chasm as 40 feet wide and 20 feet deep. Large enough for officials to justify condemning the property, and to put neighbors' homes at risk.

Much of Florida rests on limestone, a porous rock easily eroded by acidic rainwater. Drought-like conditions in the state have aggravated the problem in recent years, as dropping aquifer levels leave behind unstable "voids." When heavy rains cause water to flow back into those voids, explains the Department of Environmental Protection, the rock may become unstable and collapse into a sinkhole.

PHOTOS of other sinkholes around the world:

PHOTO GALLERY
Sinkholes Around The World 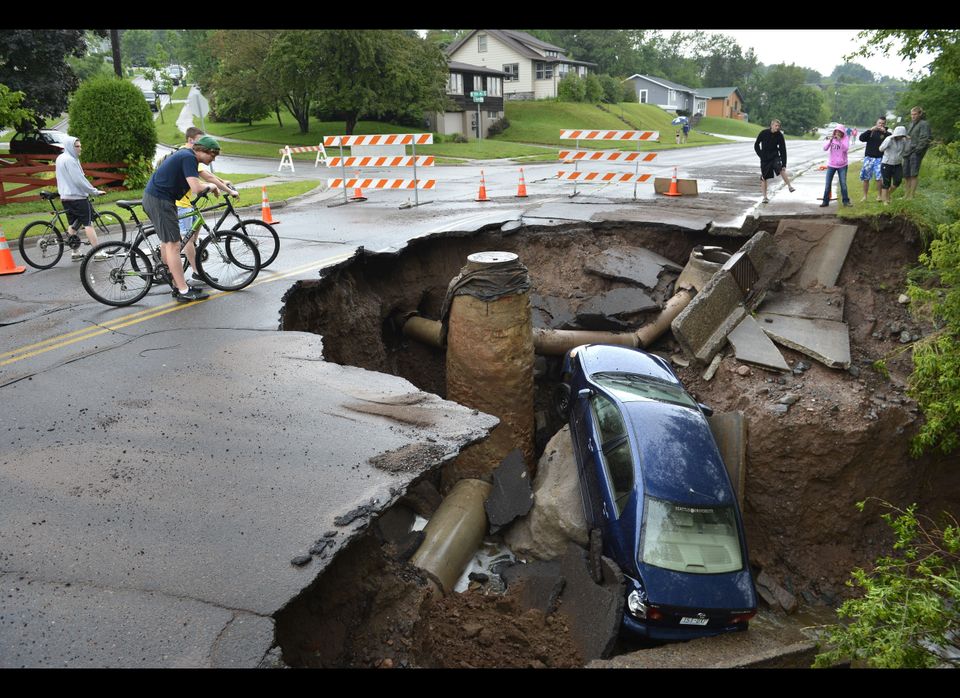