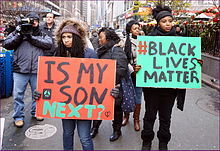 'Why?' It's the most useful one word sentence in the English language. It's how we begin the search for causes, for understanding, for truth. We have to figure out why something happened before we can figure out how to make change going forward. There are people who want to understand why the events that unfolded this week in Baltimore did so, and there are people who most assuredly do not. Let's start with the latter, or least with the most egregious of them, since we don't have all day to go through the full litany.

Republican Maryland state legislator and radio talk show host Patrick McDonough, in discussing the events that took place in Baltimore, emphasized "a lack of parenting." He also praised a proposal to take food stamps away from families whose children participated in the protests. I'll let those statements speak for themselves. Among national figures, one of the more popular themes was -- try not to be shocked -- to blame President Obama. Donald Trump (I know, I know) offered this gem:

Our great African American president hasn't exactly had a positive impact on the thugs who are happily and openly destroying Baltimore.

Then there's Ben Shapiro, columnist, editor-at-large for Breitbart News, and author of The People vs. Barack Obama: The Criminal Case Against the Obama Administration (Count 1 in Shapiro's list of charges is -- wait for it -- "Espionage"). Shapiro opined that Baltimore demonstrates the President's "legacy of racial polarization." Fox News' Lou Dobbs attributed this week's events in Baltimore to the Obama administration's having "corroborated if not condoned ... a war on law enforcement."

These guys too fringy for you? How about Ted Cruz, a United States senator elected from one of the most populous states in our union and a serious, if not likely to be victorious, candidate for the Republican presidential nomination. In his musings on Baltimore, Cruz accused the president of having "made decisions that I think have inflamed racial tensions -- that have divided us rather than bring us together." When probed by Dana Bash of CNN, and asked for examples, Cruz repeated the charge, but offered no specifics other than mentioning "the beer summit," and complaining that Obama "vilif[ied] and caricature[d]" those who opposed him politically on matters such as health care and the negotiations with Iran over its nuclear program.

I'm sorry, Mr. Cruz. You aren't Donald Trump, or at least you'd like to think you aren't. But you need to be more prepared than that if you want to level such a serious charge at the president of the United States. As I've written elsewhere, the idea that Obama is a divider is ridiculous. Ask yourself whether a divider would say something like this:

Whether your ancestors came here on the Mayflower or a slave ship; whether they signed in at Ellis Island or they crossed the Rio Grande -- we are one people. We need one another. Our patriotism is not rooted in ethnicity, but in a shared belief of the enduring and permanent promise of this country.

When we say "Baltimore" let's bear in mind that although we have seen violence we have also seen both peaceful protests and significant, organized efforts by community members to preserve and maintain the peace after scattered violence broke out. The overwhelming majority of African-Americans in Baltimore--starting with Freddie Gray's own mother--have made clear both through word and deed that they believe destroying property or attacking police officers is not only "wrong," but that it also makes it harder to achieve the justice that the protestors seek.

As for President Obama, here's part of what he said about Baltimore, more of the same kind of supposedly divisive rhetoric he's been delivering for years now.

But if we really want to solve the problem, if our society really wanted to solve the problem, we could. It's just it would require everybody saying this is important, this is significant, and that we don't just pay attention to these communities when a CVS burns and we don't just pay attention when a young man gets shot or has his spine snapped. We're paying attention all the time because we consider those kids our kids and we think they're important and they shouldn't be living in poverty and violence.

It may, admittedly, be a low bar to clear, but Barack Obama's remarks bring us much closer to truly understanding why Baltimore happened than do the reflections of the likes of Trump and Cruz. There are both root and proximate causes for Baltimore, and for the broader Black Lives Matter movement of which the Baltimore protests are a part. I want to focus here on the proximate causes of these protests. One would think they are obvious, but given the comments I've cited above, clearly some people would disagree. The issue is police abuse, widespread enough that, as Leonard Pitts wrote: "you can't keep the atrocities straight without a score card."

We can see this abuse--and the attitude that feeds it--by contrasting some incidents of which you are likely already aware. On the one hand, there's the example of Swedish police officers on vacation in New York City about a week ago. In breaking up a fight on the subway, they subdued the aggressor without causing significant injury. But more than that, listen to the video. The Swedes ask, of both men under their control, "Sir, are you injured anywhere?" Granted, they weren't on duty, but their attitude is clear. They believe they are dealing with a fellow human being.

On the other hand, we have what happened to Eric Harris in Tulsa. While under the control of the police, Mr. Harris was accidentally shot by Reserve Deputy Bob Bates (and there are all kinds of questions now being explored about him and his relationship to the Tulsa Sheriff's Office). Harris, already dying, said: "He shot me. He shot me, man. Oh my God, I'm losing my breath." Here's what one officer on the scene said in reply:

Sir, are you injured anywhere? Fuck your breath. I don't even know what else to say.

Those in denial about police abuse might reply, well, that was Tulsa, what about Baltimore? Venus Green, an 87 year old Baltimore grandmother, called 911 after her grandson was shot. The police arrived, and one white officer began aggressively questioning the victim, accusing him of lying about where he was when he'd been shot. The officer then wanted to go down into Ms. Green's basement--there were two dogs in the basement and she was concerned about how they'd react. The officer had no warrant, and she prevented him from going down there after he undid the lock. The officer pushed Ms. Green out of the way. She hit the wall, and then the floor. The officer stood over her and said:

Bitch, you ain't no better than any of the other old black bitches I have locked up.

The officer cuffed Ms. Green, and this woman of 87 years remained restrained until another officer, this one black, asked that the cuffs be removed. Having done nothing wrong, she faced no charges. Although she didn't end up dead like Eric Harris or so many others, being handcuffed resulted in a broken shoulder, and a lawsuit, one of many filed in response to abusive police treatment in that city. As the Baltimore Sun noted, "in almost every case, prosecutors or judges dismissed the charges against the victims -- if charges were filed at all." The city has paid out $5.7 million in damages just since January 2011.

According to the likes of Ted Cruz, President Obama and other so-called rabble-rousers are the ones to blame for the outbursts of violence in places like Baltimore and Ferguson. You see, they inflamed racial tensions by talking about incidents of police abuse. After all, if we never talked about them, no one would be angry, right? What Cruz doesn't want to admit is that injustice inflicts injuries that remain open wounds. That's why we cannot have healing without first binding those wounds. Although we must always strive for peace, we will not have healing until we have justice.