Uh-oh. Looks like Siri is in trouble once again.

The Los Angeles Times recently reported that Apple has hit yet another legal snag thanks to Siri, the voice-activated virtual personal assistant featured on the iPhone 4S.

According to the Times, a Californian man named David Jones is the brave soul standing up to Apple in a U.S. District Court. His suit alleges the following: "Through its nationwide multimedia marketing campaign, Apple disseminates false and deceptive representations regarding the functionality of the Siri feature." Jones alleges that, while Apple's commercials show Siri quickly meeting users' requests, the app isn't actually that efficient at locating restaurants, learning guitar chords and completing other tasks seen in ads.

Jones joins other unhappy iPhone 4S customers such as New Yorker Frank M. Fazio, who earlier in March filed suit against Apple for similar reasons. According to the Wall Street Journal Law Blog, Fazio is alleging that Apple's commercials share a "misleading and deceptive message" about what Siri can do.

While Jones, Fazio, and others are so disappointed with Siri's real-world capabilities that they're willing to sue Apple over the issue, a recent survey conducted by market research and consulting company Parks Associates showed that more than 50 percent of iPhone 4S owners are "very satisfied" with Siri, while an additional 21 percent are "satisfied."

Check out the video below (courtesy of our own Jason Gilbert) to see how Siri's real capabilities compare to those shown in a commercial for the iPhone 4S. Then, make sure to flip through the slideshow that follows to view some of the best submissions from a recent contest hosted by Shapeways, which asked participants to create renderings of what they imagine Siri might look like.

What do you think about Siri and how she works? Let us know in the comments! 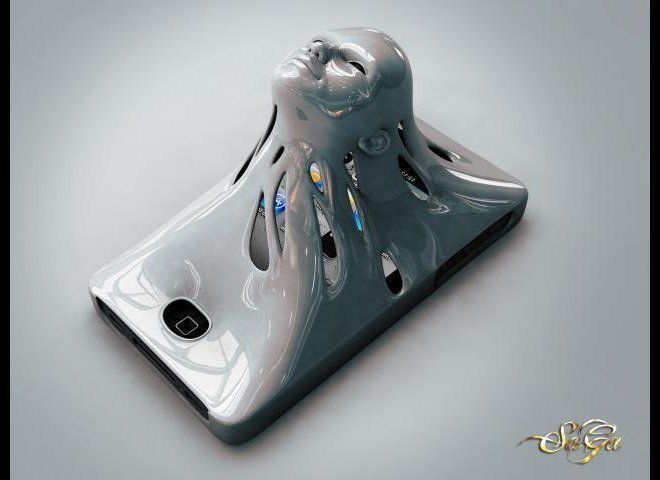 1 / 7
WINNER: Omniscient Siri by SaGa Design
One of the winners of the Shapeway contest, this amazing design, courtesy of <a href="http://www.saga-3d.com/" target="_hplink">SaGa Design</a>, is essentially an iPhone casing that forces you to interact with the usually intangible Siri. The creator's <a href="http://www.shapeways.com/model/477730/" target="_hplink">Shapeways entry</a> shows quite a lot of thought was put into this in-your-face sculpture. <a href="http://www.shapeways.com/model/477730/" target="_hplink">From the designer's description: </a>Behind Siri's all-knowing gaze, the glow of the iPhone screen is visible through the sculpture, and the main buttons are still accessible even when the screen is obscured. The design, when placed over the iPhone forces the user to interact with Siri instead of tapping on the screen to engage commands.
SaGa Design / Shapeways