I find myself, probably like many of you, spending way too much time in front of my computer. When I do face-to-face meetings, my colleagues and I typically met around some conference table, sometimes at an airport lounge (nothing like getting the most out of a long layover), and quite often at coffee shops (hello Starbucks!). But that means that the most common denominator across all these locations wasn't the desk, or, the keyboard, or even the coffee. The common denominator in the modern workday is our, um, tush.

As we work, we sit more than we do anything else. We're averaging 9.3 hours a day, compared to 7.7 hours of sleeping. Sitting is so prevalent and so pervasive that we don't even question how much we're doing it. And, everyone else is doing it also, so it doesn't even occur to us that it's not ok. In that way, I've come to see that sitting is the smoking of our generation.

Of course, health studies conclude that people should sit less, and get up and move around. After one hour of sitting, "the production of enzymes that burn fat declines by as much as 90 percent." Extended sitting slows the body's metabolism affecting things like (good cholesterol) HDL levels in our bodies. Research shows that this lack of physical activity is directly tied to six percent of the impact for heart diseases, seven percent for type 2 diabetes, and 10 percent for breast cancer, or colon cancer. You might already know that the death rate associated with obesity in the United States is now 35 million. But do you know what it is in relationship to Tobacco? Just 3.5 million. The New York Times reported on another study, published last year in the journal Circulation that looked at nearly 9,000 Australians and found that for each additional hour of television a person sat and watched per day, the risk of dying rose by 11 percent. In that article, a doctor is quoted as saying that excessive sitting, which he defines as nine hours a day, is a lethal activity.

And so, over the last couple of years, we saw the mainstreaming of the standing desk. Which, certainly, is a step forward. But even that, while it gets you off your duff, won't help you get real exercise.

So four years ago, I made a simple change when I switched one meeting from a coffee meeting to a walking-meeting. I liked it so much it became a regular addition to my calendar; I now average four such meetings, and 20 to 30 miles each week. Today it's life-changing, but it happened almost by accident.

My fundamental problem with exercise has always been this: it took time away from other more "productive things." Going to the gym to take care of me (vs. companies, colleagues, family) seemed selfish. My American-bred Puritan work ethic nearly always won out. Only when I realized I could do both at the same time, by making exercise part of the meeting, did I finally start to get more exercise. This is one of those two-for-one deals. I'm not sacrificing my health for work, nor work for fitness. And maybe that's why making fitness a priority finally doesn't feel like a conflict. It's as easy as stepping out the door and might require as much as a change of shoes.

And, yet, it's true that some people will turn you down. Probably 30 percent of the people I ask to do these kinds of meetings say that they are not fit enough to do a walking meeting. I had one person tell me afterwards that they got more active for an entire month before our meeting, so as to not embarrass themselves on their hike with me. I don't judge the people who won't do a hiking meeting, and in most cases will choose to do another type of meeting with them (lunch or whatever), but I am also reminded of James Fowler and Nicholas Christakis's research from their related book, Connected. They observed that obesity spreads according to network effects; if your friend's friend's friend who lives a thousand miles away gains weight, you're likely to gain weight, too. And if that extended friend also loses weight, even if you're not in the same city, you're likely to lose weight, too. My goal is to be someone who socializes the idea that physical activity matters, and that we each matter enough to take care of our health.

And after a few hundred of these meetings, I've started noticing some unanticipated side benefits. First, I can actually listen better when I am walking next to someone than when I'm across from them in some coffee shop. There's something about being side-by-side that puts the problem or ideas before us, and us working on it together.

And, finally we almost always end the hike joyful. The number one thing I've heard people say (especially if they've resisted this kind of meeting in the past) is, "That was the most creative time I've had in a long time." And that could be because we're outside, or a result of walking. Research certainly says that walking is good for the brain.

I've learned that if you want to get out of the box thinking, you need to literally get out of the box. When you step outside, you give yourself over to nature, respecting its cycles and unpredictability. It keeps me more awake to what is happening around me by experiencing the extreme heats of summer, or the frigid power of winter. It makes me present to the world around me instead of being insulated from it.

To keep this commitment -- to myself and to others -- I've marked off certain times on my calendar for these meetings. I block off two morning appointments (when I can take a shower afterwards) and two end-of-day appointments for hiking meetings. I try and schedule these slots before scheduling "regular" sitting meetings because it means I have no excuse to not move that day and it helps me be more awake during the day or less zombie-like (and still-thinking-about-my-inbox) going into the evening. On the rare days when someone bails on a hike last minute, I typically still head out for the time, and I find myself hearing even my own voice more clearly.

This post was originally published on the Harvard Business Review blog.

PHOTO GALLERY
6 Reasons Why Sitting Is Bad For Health

Nilofer Merchant
Business visionary, author, speaker Nilofer Merchant has been called the “Jane Bond of Innovation” for her ability to guide companies through impossible odds. 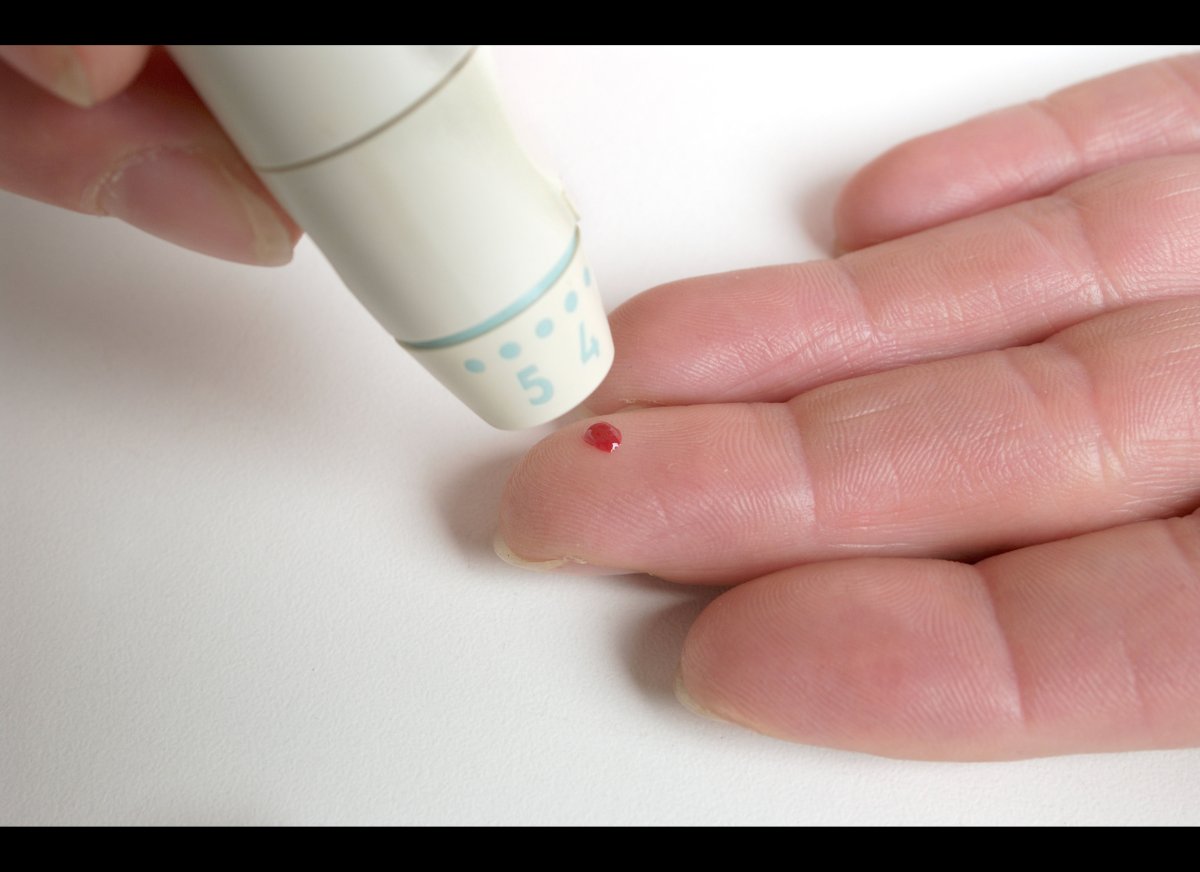 1 / 7
It Ups Diabetes Risk
<a href="https://www.huffpost.com/entry/sitting-too-long-diabetes-risk_n_917220" target="_hplink">Back in October,</a> researchers from the University of Missouri published results suggesting that sitting throughout most of the day may put individuals at higher risk for diabetes, obesity and non-alcoholic fatty liver disease -- even if you clear time for daily exercise.
Alamy