Mike "The Situation" Sorrentino, from the hit MTV reality show "Jersey Shore," is becoming a superhero with a foray into the world of comics. As a sample of what to expect from a Situation comic book, which is being produced by Wizard World and MPS Entertainment, the creative team has recently unveiled this sneak peek of the cover.

The first books are due in time for Wizard World Chicago Comic Con, which takes place from Aug. 9 to Aug. 12 and where Mike plans to make his first appearance to support his new project.

"Working on my comic book has been an amazing journey, and I am really excited to be a comic book superhero," Sorrentino tells me. "I can't wait for everyone to find out who the villain is. See you guys at Chicago Comic Con in August."

Sorrentino adds, "I was confident that an amazing artist like Greg Horn would come up with a great look, but I was still blown away by his painting. It has me more excited than ever to see what's coming next."

To meet Mike at a comic event, check out www.wizardworld.com. 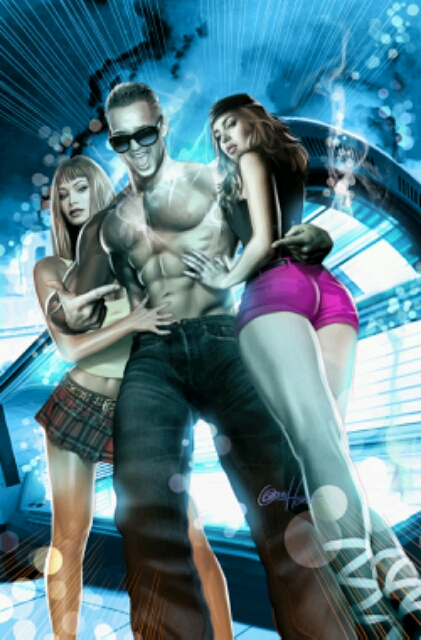