2014, not a bad year for books, all told. Below you will find a completely arbitrary list of some of 2014's most Interesting, controversial books and a few that I simply found fascinating -- as well as a preview of two gifted new novelists. They make the perfect gift-at Christmas or any time of the year!

The Divide: American Injustice in the Age of the Wealth Gap, by Matt Taibbi (Spiegel and Grau)

A must-read, Taibbi's latest journalistic grenade throw is a perfect complement to Thomas Picketty's 2013 blockbuster Capital in the 21st Century. In this stirring, fast paced book, Taibbi describes black men incarcerated for "obstructing pedestrian traffic" in an age where crime in America has dropped while our prison population -- mostly made up of minority men and woman -- has doubled. Prosecutors who believe their clients are guilty before they even listen to what they have to say and the poor jailed for minor and sometimes imaginary offensives, while white collar criminals in our top financial institutions and corporations are routinely exonerated: the examples narrated here by Taibbi are so outrageous as to be barely believable. The wealth gap in America described by Picketty also has its twin in the justice gap so throroughly illustrated in this book. Taibbi belongs to the best investigative reporters in recent history -- sadly what he uncovers here is a rather poor reflection on a society which has criminalized poverty and institutionalized racism. 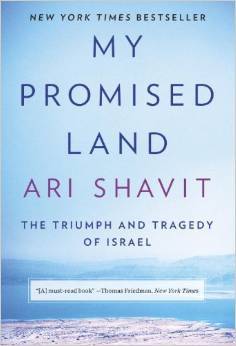 My Promised Land: The Triumph and Tragedy of Israel, by Ari Shavit (Random House)

A fast-paced, wonderfully-written book about the founding of Israel up until contemporary days by one of that country's so-called New Historians. Shavit, whose British grandfather was one of the Jewish state's founding fathers, comes as close as anyone has of late to presenting 20th century Israeli history in an objective manner, one sensitive to both the parallel if often competing Jewish and Palestinian narratives. Through it all, he remains in awe in the achievements of this small country on the Mediterrannean, which represented a breathtaking rebirth for a people who took their fates into their own hands and built a modern, prosperous state. 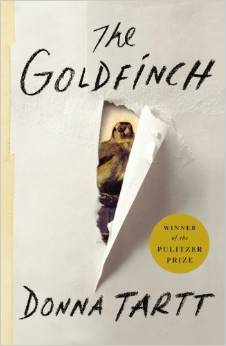 We waited something like a decade for the author of A Secret History and The Little Friend to dazzle us again and Francine Prose nonwithstanding, Tartt has delivered with her Pulitzer Prize-winning novel. She is now a more mature novelist who nevertheless retains her flair for the sometimes dark and hidden sides of her characters and society, a Southern Gothic brought to the Northern climes, if you will. This massive, sometimes rambling nearly 600-page novel could easily have been cut -- the entire middle section which takes palce in Las Vegas seems dubious to me -- but one remains interested in its main character's fate throughout -- a young latter-day Oliver Twist who loses his mother at the novel's onset in a terrible museum explosion. His relationship with a old furniture retorator who takes him in and his dealings with a dangerous international art mafia make this part Catcher in the Rye, part suspense thriller difficult to put down. Technically a 2013 novel, it is worth picking up again. 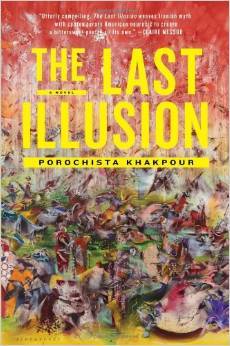 Khakpour's riveting second novel combines Iranian mythology with recent American history into an utterly original and enjoyable read. This 9-11 novel details the life of a latter-day birdman born in Iran and repatriated to the neurotic jungle-like streets of New York City. Khakpour based her novel on The Book of Zal from the Persian epic The Shahnahmeh. It's a fun novel as well, and one which should have garnered more attention. And as Khakpour points out in a recent interview, itmay also be one of the few novels in recent times -- or ever -- to recount detailed episodes of entomophagy (you look it up!)- 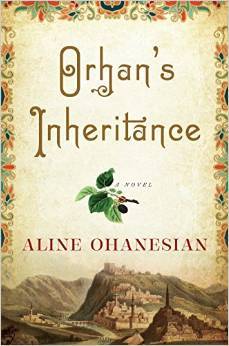 Ohanesian's book is an enjoyable and slightly different take on the legacy of the Armenian Genocide. 2015 marks the 100th commemoration of this tragic event which claimed the lives of 3 million Christians living in the Ottoman Empire. As a plethora of documentaries, articles and other media begin to stream through on this topic, readers may want to pick up Ohanessian's tale of a young Istanbullu who returns to his native Anatolia to find out that the past is not quite what he thought it was -- and that even the house that he grew up in may in fact belong to former occupants of a different race and religion long gone. Orhan's Inheritance will be released to coincide with April 24th remembrances around the world -- the day when Armenian intellectuals and businessmen were rounded up in Istanbul and sent to concentration camps where they were summarily executed. (Advance copies are currently available for review.)

This book should be combined with a re-reading of Franz Werfel's 1933 classic The Forty Days of Musa Dagh, which recounts the Masada-like defense by a group of Hatay province Armenian civilians who flee to a mountain and hold off the Turkish army for forty days and forty nights. 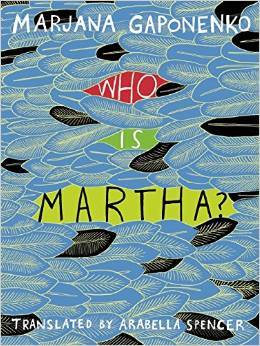 Who is Martha? by Marjana Gaponenko (New Vessel Press, translated from the German by Arabella Spencer)

Ukrianian-born Gaponenko's ably translated tale of an aging ornithologist who returns to a Viennese hotel that he frequented as a child with his classical music-loving aunts is one of the strangest debuts that I have read in a long time, which is what makes it so interesting. It's a wondrous tale about the passing of generations and worlds; the taking stock of one's life, as well as a parable of sorts for a society set on its head last century, one where everything -- birds, scientists and maybe the human race itself may be on a fast track to extinction. Gaponenko's prose is clever yet fluid and uncomplicated, laced with subtle and not-so-subtle irony and humor. Who is Martha, you ask? I won't reveal that here, but Gaponenko implies that she may well be each one of us.