Passing the aisle labeled "health foods" in my local supermarket, I often wonder what's in the other 30 aisles if only one is singled out as having products promoting health. Similarly, as we pause today to celebrate the 46th Anniversary of Earth Day, I wonder what we are doing those other 364 days of the year? Still, I am grateful that we take even one day to celebrate en masse and pay attention to the health of our life support system, our Mother Earth. 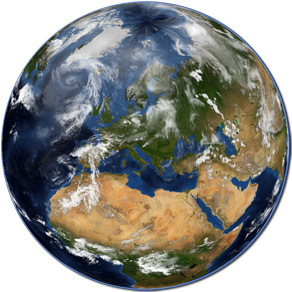 Today I'm heading to my backyard national park, the one-of-its-kind on Earth Everglades, to witness the groundbreaking for an important restoration project. Most of all, I'm looking forward to walking on the Anhinga Trail, my most favorite of all, when I'm likely to see any combination of alligators and giant wading birds, wood storks and cormorants and a purple gallinule if I'm especially favored. I'm looking forward to the rapt faces of people from all over the world, and maybe getting to speak with some of them.

But in my biggest tribute to Mother Earth, I am taking the moment to salute some of the individuals who have poured their passion into books that shatter stereotypes and touch the soul. There are so many of us working to build sufficient momentum to turn around apathy and engage all Americans in the care and protection of our natural resources. Any of these books will give you insights to inspire some action on your part.

Three of the authors are DEL Speakers, and I'm honored to be quoted or mentioned in four of them.

Dr. Carolyn Finney's Black Faces, White Spaces looks at why African Americans are underrepresented in national park visitation and employment, in forests, outdoor recreation and environmentalism. By examining how the natural environment has been understood, commodified, and represented by both white and black America, she provides an access point for mutual understanding and progress.

In her latest book, Trace, Dr. Lauret Savoy explores the life-defining lesson she learned as a young girl: the American land did not hate. As an educator and Earth historian, she has tracked the continent's past from the relics of deep time in an effort to find the paths of ancestors toward her--paths of free and enslaved Africans, colonists from Europe, and peoples indigenous to this land.

In "Landscapes of Exclusion: State Parks and Jim Crow in the American South our friend Dr. William O'Brien examines how, early in the twentieth century, the state park movement sought to expand public access to scenic American places. During the 1930s those efforts accelerated as the National Park Service used New Deal funding and labor to construct parks nationwide. However, under severe Jim Crow restrictions in the South, African Americans were routinely and officially denied entrance to these sites.

In Under the Stars :How America Fell in Love with Camping Dan White travels the nation from the Sierras to the Adirondacks and the Everglades to experience firsthand―and sometimes face first―how the American wilderness transformed from the devil's playground into a source of adventure, relaxation, and renewal.

I'm privileged to have an entire page in One Hundred & One Reasons to Get Out of Bed by Natasha Milne and Barbara Royal, among 100 other earth advocates. They ask us three simple questions: what gets us out of bed and why, what we are doing about it and what we can all do about it!

For God's sake, this Earth Day, don't just celebrate for the day. Let's decide on something to do that improves conditions on some small part of our only planetary home - Terra!