While female incarceration has been part and parcel of the criminal justice system for decades (and, in fact, is on the rise), misconceptions have been perpetuated and complicated by the recent influx of pop culture fodder like the show Orange is the New Black or the film Monster.

These depictions of the female incarcerated have served as a dubious catalyst; female imprisonment has finally entered the national discourse. But often lost in the chatter are legitimate questions: What's the most effective path for rehabilitation? What reforms are necessary to improve the system for women? How do misconceptions about female imprisonment hurt actual female prisoners?

To address these and other issues, six experts entrenched in the system--from the executive director of a prison reform organization, to a forensic psychologist, to a prison arts teacher--were asked this question:

What can we do to affect systemic change for women in prison? 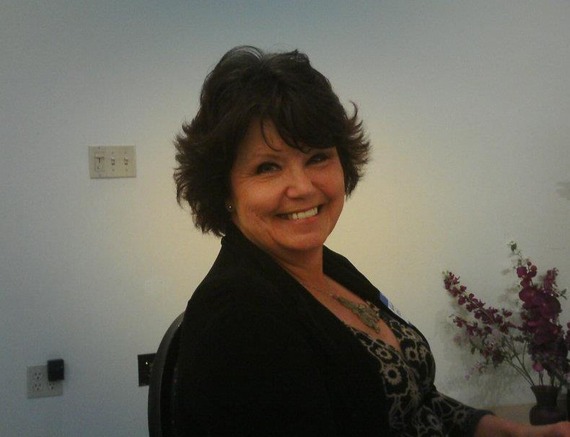 I spent 17 ½ years in prison for a crime that I did not commit--and I faced the death penalty twice for that crime. Following my conviction I was sentenced to 32 years to life, and I fought this case for a total of 23 years before my conviction was reversed and I was finally released. Despite the devastation that my wrongful conviction wreaked upon my life and my family, my most important experiences really had nothing to do with my case.

Prior to being sent to prison, I knew nothing about incarcerated women and, like most of society, I couldn't have cared less. I assumed that all people in prison belonged there, and that they deserved whatever happened to them.

Nothing could be further from the truth.

I learned that women in prison are just people like you and me. Their experiences may have been very different from ours and they have clearly made some bad choices, but these women are not monsters. Instead they are our mothers, daughters, sisters, aunts and cousins. They have the same wants, needs and desires that we all do, and they very much want to do better. It is criminal for society to turn their backs on the incarcerated and treat them as if they are irredeemable, for most are not. They just need some help from others--as we all do at some time in our lives.

According to the International Centre for Prison Studies, nearly one-third of all female prisoners worldwide are incarcerated in the United States. Presently, there are 210,000 women in prison in the U.S.; China is a distant second with 84,600. The female prison population consists of women who've been sexually, physically and emotionally abused since childhood, as well as those who are drug-dependent, those who have moderate-to-severe mental health issues, and some fewer who are criminally-inclined.

If we as a society do not want incarceration to be completely debilitating in the long-term, then we have to be willing to insure that the prison experience for female lawbreakers will truly help them overcome the deficiencies and problems that led to their criminal behavior in the first place. Because of their vastly lower numbers, women constitute a more realistic and constructive cohort for genuinely constructive pilot programs than the mens' prisons.

A primary focus would be to avoid creating an environment for female incarceration that is a mirror image of the traditional male prison. Sincere and realistic identification of the problems and issues that led to criminal conduct should be factored into a formal classification and treatment program. One size does not fit all when it comes to prisoners, male or female.

Facilitating art workshops in two maximum-security women's prisons in South Florida, I had the strange and somewhat rare privilege to float between the worlds of inside and out. Somewhere between the "powerful"--the key-carrying, rule-enforcing officers in sturdy brown uniform--and the "powerless"--the number-wearing, forbidden-from-touching inmates in slouchy blue--stood I.

It was a position of tenuous freedom, the chance to open up and witness the creation of striking and intimate works of art in an atmosphere of impressive and ever-growing self-knowledge and trust, punctuated by jarring moments of dehumanization, like when the women in my class halted their work each week at a moment's notice to line up and be counted.

I experienced prison as a haphazard collage of structure and chaos, a place of in-between. When I began facilitating prison arts workshops, I knew that art could help people (it had helped me), but I didn't know what kind of help incarcerated women were seeking. I knew about making art but not what it was like to be incarcerated, or be a mother, or be older than 22. Somewhere between what I knew and didn't and what I learned together with the women in my workshops emerged the truth--that answers come through creation, not before them, and that the hardest questions to answer--like how to find beauty in yourself or a tube of paint, even in prison--are the most worth asking. 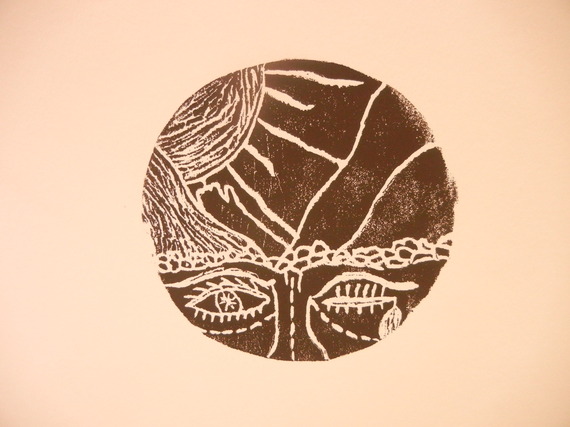 It is abundantly clear that there is a complete over-reliance on incarceration to address crime. Criminal justice generally has a four-pronged justification: retribution, incapacitation, deterrence and rehabilitation. The current system is overly focused on the first two aspects, while often compromising the latter, which is arguably a more proportionate and sustainable approach, especially for women.

In general, prisons have increasingly become overfull "warehouses," designed and operated by men, for profit, and with insufficient oversight. Both state and private prisons have a lack of mental health and other resources to care for prisoners and prepare them properly for release. Sentence durations have become disproportionate to offenses and sentences of life without possibility of parole (LWOP) are commonplace, even for adolescents and non-violent offenses.

Specifically focused at female offenders, I argue for the following changes:

• Ensure adequate mental health services at prisons: assessment, supervision, and therapy, instead of pharmacological treatment only (incarcerated women have higher rates of physical and sexual abuse experiences, substance use problems, depression, anxiety, and suicidal behavior than women in the general population).

• Implement gender-sensitive and trauma-informed cultures in prison and the criminal justice system.

• Divert female offenders convicted of first-time, or lesser offenses, as well as younger and mentally ill offenders to alternative arrangements than incarceration.

• Ensure availability of social services for children of imprisoned women. 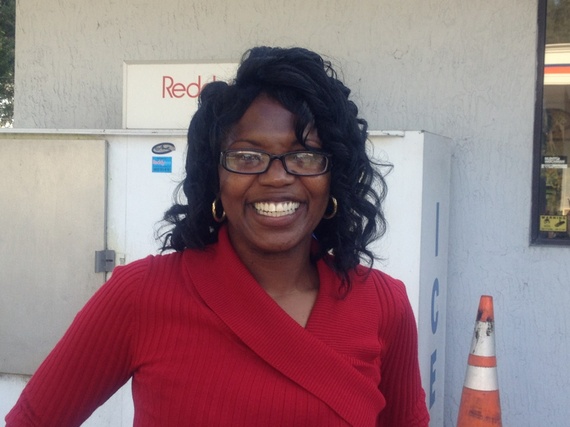 My name is Stephanie Nodd and I served 21 years and 56 days in a federal correctional institutional facility for conspiracy to possess with intent to distribute crack cocaine. On December 20, 1990, back when gasoline was $1 and no one knew what email was, I was sentenced to 30 years in prison--as a first time non-violent offender. All based on a government informant's testimony. I was 23.

It was one of the worst days of my life.

I couldn't understand how the federal system could so easily destroy someone's life based on such limited testimony, just to get a conviction. Nor could I imagine having to part with my four children and mother--but that's what I had to do when I was sent from my home in Mobile, Alabama to a federal correctional institution in Lexington, Kentucky on January 9, 1991.

As a single mother, who'd been forced out of school to care for my children, I'd always struggled with money; the world is unkind to a single woman without a degree. So in 1988, just after I'd turned 20, I met a man who promised me cash for aiding him with his business--it involved selling crack cocaine. I used the money I got from working for him to buy groceries for my children, but cut ties with him after six weeks, choosing to begin a new life in Boston.

It was in Boston that I was indicted on drug charges from Alabama, where I returned to take responsibility for my actions. I assumed that because of my clean record, minimal involvement in the selling, and willingness to cooperate, I would not have to serve time and be separated from my family. I didn't even have any drugs in my possession when I was arrested.

Author of Locked Down, Locked Out: Why Prison Doesn't Work and How We Can Do Better; editor-in-chief of Truthout

Women are the fastest-growing group in prison. Over the past 35 years, the population of women in prison has increased by about 800%. Many are locked up for decades, caught in the sprawling tentacles of the lingering "war on drugs." Many others are incarcerated for crimes of self-defense, or for survival crimes--for doing necessary things to sustain their lives and, often, the lives of their children, while struggling with severe poverty. No matter what they are locked up for, their crimes are likely to have sprung from their circumstances--poverty, or homelessness, or trauma, or addiction, or a violent relationship--and imprisonment does nothing to alleviate those circumstances.