Last Wednesday was Feral Cat Day -- an event you may not have noticed, but one that raises crucial issues if you care about cats and your community. Too often, our community cats and their needs are misunderstood, so it's critically important to combat myths and promote truths.

With help and insight from Dr. Margaret Slater, the ASPCA's Senior Director of Veterinary Epidemiology, and Jesse Oldham, our Senior Administrative Director for Community Outreach, I'm sharing six community cat myths that set the cause of animal welfare back in often very damaging and tragic ways. 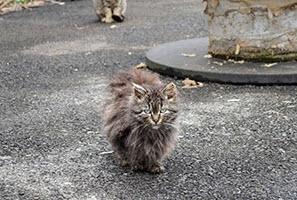 It's important to understand that feral cats are no more "homeless" than squirrels, raccoons, or jackrabbits; their community is their home. It's where they learned to live, adapt, and thrive -- often with help from a human caretaker.

By contrast, shelter life is unnatural, and can present a much bleaker future. Ferals can't be adopted out, so the vast majority of those who enter shelters are euthanized -- even though 99 percent of them have no debilitating conditions, trauma, or infectious diseases.

Despite fiery rhetoric we hear from time to time, no one in the animal welfare community wants to kill animals. And many shelters are working hard to reduce the frequency of feral euthanizations, so check with your own local animal welfare organizations before making assumptions.

The best thing you can do for a feral cat is spay or neuter it, then return it to its original community (a practice referred to as TNR -- Trap, Neuter, Return). TNR has been shown to be the least costly, as well most efficient and humane way of stabilizing feral cat populations.

Over time, according to Alley Cat Allies, TNR can significantly reduce the size of feral cat colonies. And if you separate friendly kittens from a feral colony and put them up for adoption, you'll immediately reduce the population.

Because their numbers are kept under control, cats that go through TNR have more space, shelter, and food. They also have fewer disease risks as the result of important vaccinations many receive during treatment. And because spayed female cats don't go into heat, they attract fewer male cats to the area.

Sterilized cats also spray less, make less noise, and have a reduced risk of getting cancer. Clearly, TNR is anything but cruel.

Not at all true. Feral cats are just as healthy as your own pet cats, with equally low rates of disease and equally long natural lifespans.

Myth #4: Local cat overpopulation can be addressed simply by removing the feral colony.

Communities sometimes round up colonies of feral cats either for euthanasia or to relocate them, but this is neither a permanent nor humane solution. It's usually impossible to catch all of the cats, and it only takes one male and one female to begin reproducing the colony. Even if all ferals are removed, new cats will soon move in and take their place. Relocation should only be an option when the cats' lives are at extreme risk, and then responsible relocation practices should be followed.

The more effective, humane, and much simpler approach is TNR. And if the "R" part still disturbs you, remember: these are your community animals. Would you seek to exterminate or banish your native population of chipmunks or rabbits?

Myth #5: With time and patience, anyone can socialize a feral cat.

While a feral cat might look the same as a pet cat, the two are very different. Feral cats survive by avoiding close human interaction, so trying too hard or too quickly to bond with it may make the relationship worse instead of better; you can also get hurt if ferals become very defensive.

For these reasons, attempts at socialization should only be handled by those well informed and prepared for all possible outcomes. However, you can be a successful TNR practitioner with little training. Here's some guidance on TNR training from Jesse Oldham.

In the meantime, your local shelter has plenty of friendly, ready-for-play cats and kittens for you to adopt, so please don't put your goal of transforming a feral above that of saving a life.

Unlike dogs, lost cats are very rarely looked for by their owners. Some studies show only 2 percent-5 percent of lost U.S. cats in shelters are reclaimed. And because most lost cats return home on their own, spending time in a shelter actually decreases a cat's chances of being reunited with owners.

If you have cats, one of the best things you can do is give it a proper ID tag and have it microchipped, so wherever they wind up, they can be identified. 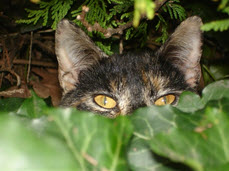 Of the estimated 90 million un-owned cats in America, about 2 percent are sterilized. Which is why TNR programs that seek out community cats and have them safely sterilized are our best weapons against overpopulation and the suffering associated with it.

If you know a cat or two -- or twelve -- who call your neighborhood home, learn more about how to take care of them... like a good neighbor should.