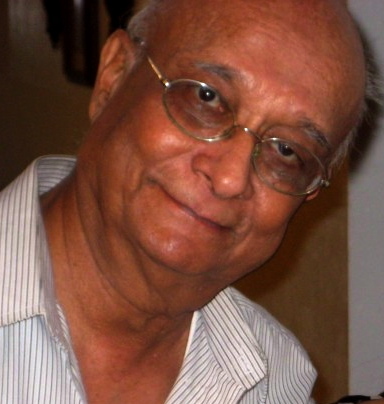 I helped my father die in home hospice.

The oncologist said those words, the ones that are repeated in hospital rooms, in the middle of alleys and in the back of ambulances, "There is nothing more we can do." With those seven words, I began participating in his limbo. He split his time like a firefly. He vacillated between embracing small flickers of life and languishing on the path of lifelessness. His body withered in the middle of my childhood bedroom on a hospital bed and an oxygen tank that ushered air into his lungs. The room was given a pulse by the swoosh-swoosh that came from the tiny breathing machine in the corner.

Three weeks after he complained for the last time that he could not breathe, he passed with this irony hanging over his head: a non-smoker who died of lung cancer.

As I approach my father's birthday this July, his loss is resurrected. In his final days of hospice, I remember he constantly gasped for breath, unable to sit up, stand, walk and talk. But what I witnessed taught me some important parenting lessons that I hope to teach my daughter in the future.

1. Be thankful for your ability to breathe.

My father suffocated to death because his diseased lung prevented him from taking any real breaths. When he possessed the privilege of health, he chose to walk outside everyday. However I choose to use my breath, I embrace it. When I am yelling at my daughter, exercising, eating, ambling to the bathroom in the middle of the night, complaining how one person did this and I expected that, laughing, crying and everything in-between, I try to never take my ability to feel the air in my lungs for granted. Those days that parenting and life becomes "too hard," take a deep breath and be thankful. It could be much worse.

2. What you believe to be true about someone else, maybe a complete lie.

For almost five years, my family kept my father's cancer diagnosis a secret. No one knew. Over that period of time, we attended picnics, weddings, dinners -- all with our new family member, cancer. In the last three weeks before my father's passing, he finally decided to reveal his reality. People never suspected our battle. I learned to never make assumptions. There is an enormous gulf between your perception of reality and what actually is the truth. Everyone struggles. Don't believe the Macy's picture frame version of the perfect family. It does not exist. My lesson to my daughter: everyone is fighting a battle, but just because you may not see or realize it, does not mean that it does not exist.

3. Expect that sometimes life is not joyful, but entrenched in deep pain.

Experiencing the pendulum between sorrow and happiness, I learned that no state is ever permanent. This is the meat of life. We are all swinging back and forth in various times from happy to sad emotions. Parenting can feel that way, especially on those days when nothing appears to meld together, but know that it is temporary. Many times during home hospice, I stood in the middle of my mom's kitchen and with a hush tone repeated to myself, "This too shall pass."

My last lines to my father were these three words: "I love you." As I left my childhood home, he said in his strongest voice, "I love you too." That was my last conversation with my father. I was unable to make it in time to say goodbye to him. Although people might interpret this advice as a cliché, that is not true. There is nothing cliché about saying I love you to those that matter the most to you. Say it all the time. It matters.

5. Do not leave things undone.

My father, in his decline, ruminated over all of the loose threads that he let linger in his life. These regrets were highlighted in his final days. He could not let go of what he hadn't done. His procrastination haunted him in real ways. I think we all cling to the word, "later," but whatever is important, must be thought of in the present. I often emphasize the word, "now," as a parenting tool and a philosophical truth.

When in the throngs of caring for someone who is ill, there is so much uncertainty. For a period of years, an unexpected phone call from my family almost always meant that my father had suffered a setback and needed to go to the hospital. I remember one New Year's Eve where I spent the night in my father's hospital bedroom. The thinly carpeted floor served as my bed. I heard the faint sounds of Dick Clark counting down to the next year and in that moment, I realized the magnificence of the ordinary, or what some may people label as boring. In that moment, I viewed boredom as a way to embrace routine, health and possessing some remnant of certainty guiding my day. My lesson for my daughter: Boredom is extraordinarily peaceful.